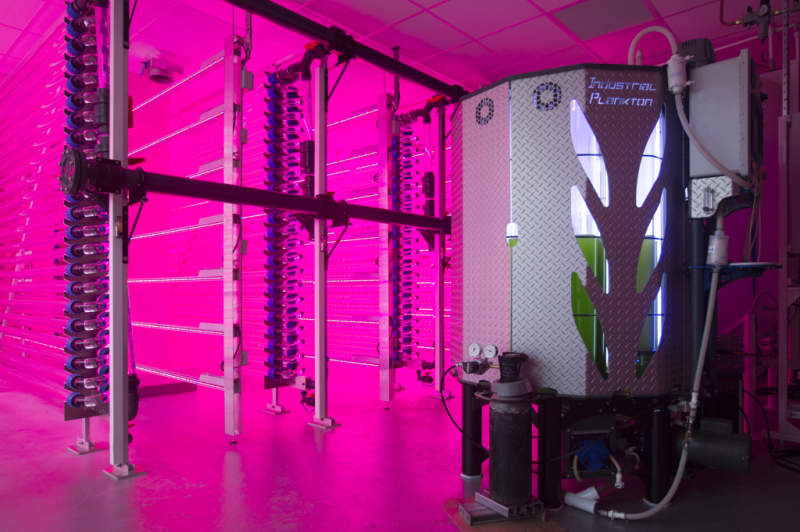 42 Technology has been appointed by LabXero, the acoustic particle filtration technology company, to help develop pilot-scale biomanufacturing equipment that could significantly reduce the costs of commercial-scale production of high grade omega-3 oils from microalgae. Omega-3 oils are known to offer multiple health benefits but are traditionally extracted from fish, making them unsuitable for vegetarian diets as well as impacting fish stocks.

One of the key challenges in using microalgae as an alternative source of omega-3 oils is the difficulty and high cost associated with separating out the algal biomass from its watery culture medium. Membrane filters tend to get clogged and most manufacturers have to resort to the use of energy intensive and expensive continuous flow centrifugation techniques.

To address this, LabXero has set up a new consortium (called ProFlow) to help scale-up its novel acoustic cell harvesting technology as a low cost and more energy-efficient way to harvest and extract the contents of farmed microalgae. Acoustic technology could significantly reduce downstream processing costs which currently account for a large proportion of total processing costs and are one of the biggest challenges in the successful commercialisation of a number of biomanufacturing processes. The ProFlow consortium has also recently secured an Innovate UK grant of almost £630,000 to help support its planned two year development programme.

The other project partners are:

• AlgaeCytes which has the UK’s largest indoor algal photobioreactor and uses its own specific strains of freshwater algae to produce a variety of omega-3 oils;

• The University of Cambridge including the Acoustic Wave Physics Group at Chemical Engineering and Biotechnology, the Institute for Manufacturing, and the Department of Physics which together offer world-leading expertise in acoustic technologies and developing process technology for largescale biomanufacturing; and

• Unilever for assistance with commercial exploitation.

42 Technology’s role includes helping with the design, development and build of commercial-scale cell harvesting and separation equipment that builds on the prototype developed by LabXero and the Acoustic Wave Physics Group at the University of Cambridge. The company will also help integrate key bioprocessing steps, and support delivering a complete prototype manufacturing process – from initial algal cultivation through to component extraction – in readiness for testing and commercial exploitation.

“42 Technology was specifically appointed by LabXero because of its in-depth experience in fluid handling and control, and its track record in helping companies to take innovative new technologies through to successful commercial manufacture. The ProFlow project is focused initially on the microalgal sector but it could also help to cut downstream processing costs and deliver new manufacturing efficiencies for a range of high-value bioproducts including cell and gene therapies, other biotherapeutics and agricultural products,” said Dr Devaki Bhatta, managing director of LabXero.

Bifold, Official Partner of the Marussia F1™ Team have linked Safety with Performance to provide the widest range of relief valves for pneumatic & hydraulic applications