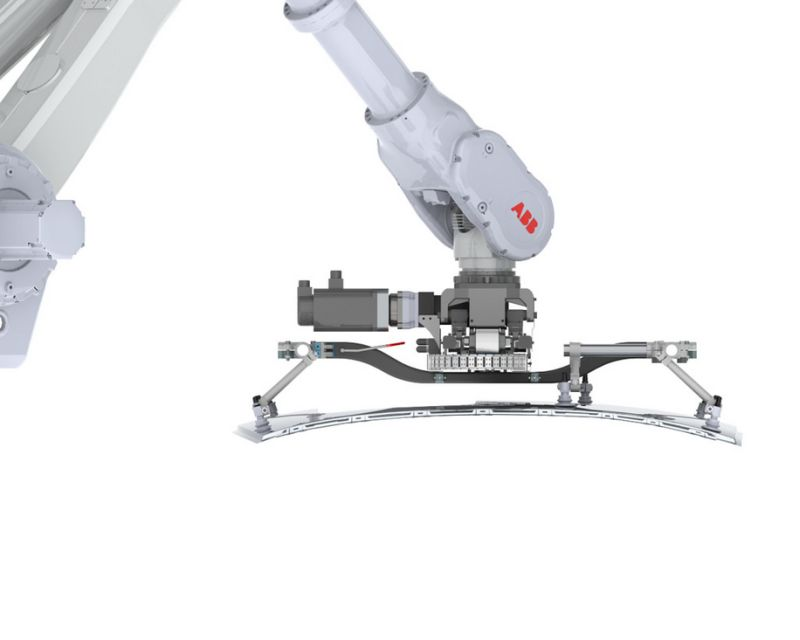 The IRB 6660FX increases the productivity of medium size tandem press lines by more than 25% compared with conventional 6-axis robots.

ABB has been developing robot-based press automation solutions for nearly two decades. Its latest solution, the IRB 6660FX, is a rapid and flexible transfer system for medium size parts. Identical in design to ABB’s large part transfer system, the IRB 7600FX, the IRB 6660FX is a perfect complement to ABB’s parts transfer offering.

Suitable for both new and existing press lines, a dual action unit has been integrated into the IRB 6660 to create a 7-axis robot, which allows medium size parts to be transferred rapidly along a linear path. As a result, vibrations created when parts are rotated 180° by a conventional 6-axis robot are eliminated. The system is also equipped with integrated dynamic model control to coordinate all seven axes to ensure optimum speed, accuracy and lifetime.

In the case of new press lines, inter-press distances can be reduced as parts are transferred without having to be rotated.

The IRB 6660FX runs on StampWare, a proprietary software package from ABB designed to facilitate interaction between operator and press cell. Available on the robot FlexPendant for maximum sim¬plicity, flexibility and cost effectiveness, StampWare includes a graphical programming wiz¬ard that helps operators easily program the robots with¬out having to master the programming language. It is currently running in more than 1,000 robots worldwide.