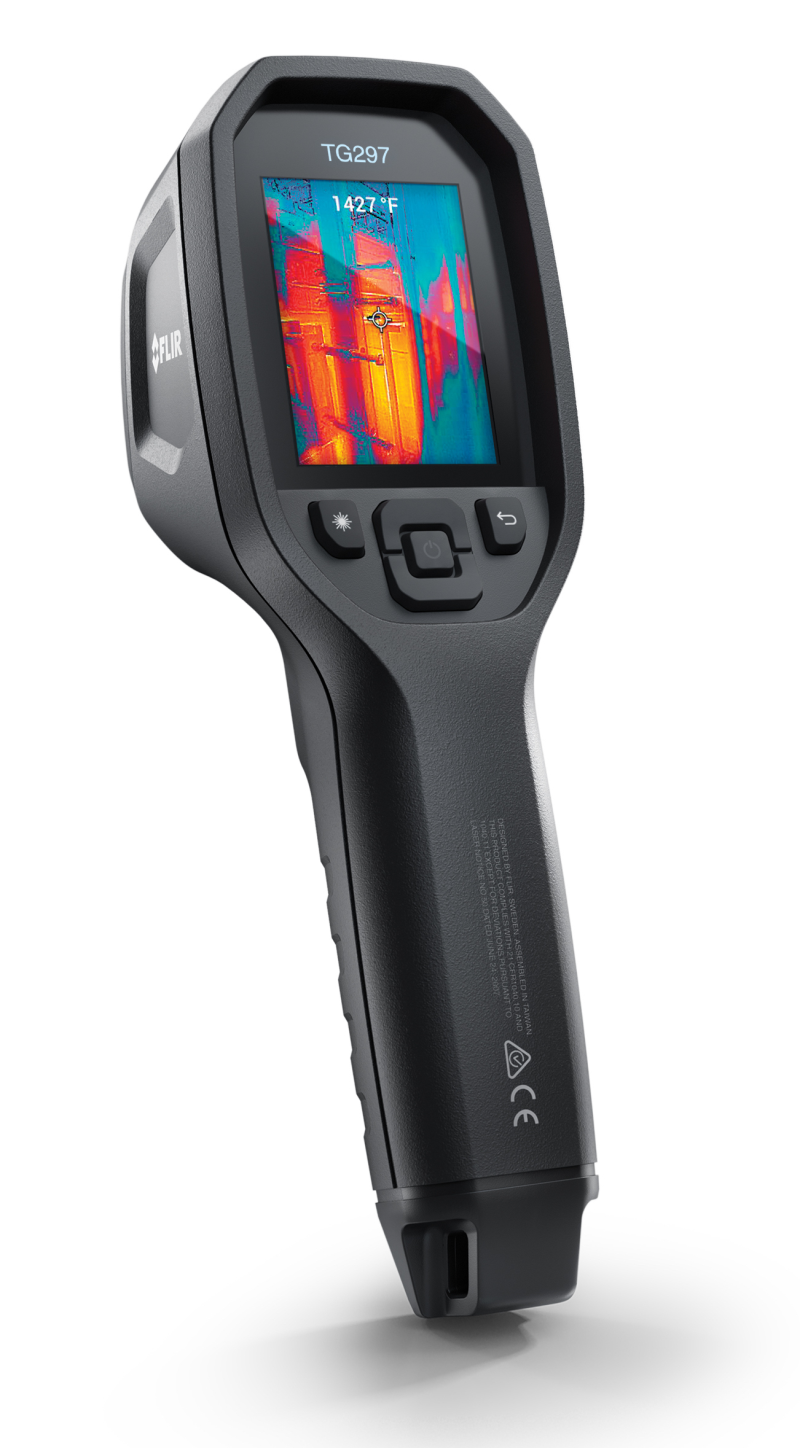 FLIR Systems has announced the FLIR TG297 industrial thermal camera, which provides non-contact high-temperature measurement and thermal imaging for professionals in one tool. This versatile camera for industrial troubleshooting boasts a unique filter that enables maintenance, repair and operations inspectors to visually identify and find the source of many common issues in high-temperature applications, including kilns, furnaces, refractory and manufacturing.

The FLIR TG297 goes beyond the limitations of single-spot infrared (IR) thermometers by allowing the user to see the hot and cold spots indicative of potential issues and track them to their source. Users can examine everything from electrical connections to mechanical breakdowns quickly and accurately, with a temperature range of 25 degrees Celsius (C) to 1030 degrees C (minus 13 degrees Fahrenheit to 1886 degrees Fahrenheit). Typically, high temperatures appear white in thermal images, but the FLIR TG297 has a movable high-temperature filter that improves the thermal dynamic range. With the filter engaged, users can see the colour shifts that indicate differences at the highest end of the camera’s temperature range.

The FLIR TG297 is built around a 160×120 FLIR Lepton® thermal sensor and features FLIR-proprietary image processing algorithms for the highest quality image. FLIR’s patented Multi Spectral Dynamic Imaging (MSX™) dual-camera technology embosses details from the built-in visual camera over full thermal images for added sharpness and perspective. The visual camera can also be used to capture visual images with an embedded temperature reading. Users can save up to 50,000 images with four gigabytes of flash memory to show customers that the problem was corrected once a job is done. With a Lithium-ion rechargeable battery, the camera operates for five hours of continual use.

The FLIR TG297 features a rugged IP54 enclosure that stands up to tough environments. It includes a multipoint laser pointer to clearly indicate the area measured and a bright LED flashlight to see into dark, difficult-to-reach areas. Bluetooth Low Energy (BLE) technology allows users to upload data and share images to a mobile device and create instant reports in the field.

The FLIR TG297 will be available online and through authorised FLIR distributors globally in the 4th quarter of 2019.

For more information on the FLIR TG297, please visit www.flir.co.uk/TG297