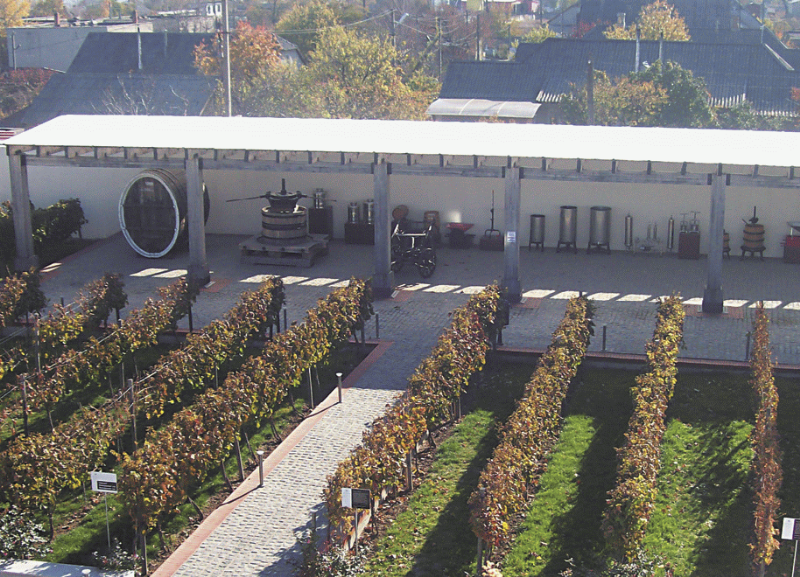 The Shabo winery in the Ukraine adheres to traditional wine making methods, yet has embraced the use of CC-Link technology for data signalling and communication in order to combine production efficiency with product quality

A Ukrainian winemaker is using CC-Link to help automate and expand the production of its wines and spirits. With domestic consumption booming, and export markets opening up, the Shabo vineyard in the Odessa region is combining technology and the delicate art of fine wine production.

In 2004 the Shabo winery was converted using modern European equipment, but the ancient cellars and wine storages were still used with the objective of producing wines and brandies as fine as any within the last 200 years.

An ongoing programme of investment has seen the creation of full-cycle production: from cultivation of grapes, through storage and seasoning to bottling, as well as distillation for spirits and mixing for vermouth. Currently it has capacity to process 20 thousand tons of grapes in a season, producing up to 45million bottles of wine and 25million bottles of brandy, using the delicate ‘cold bottling’ method. 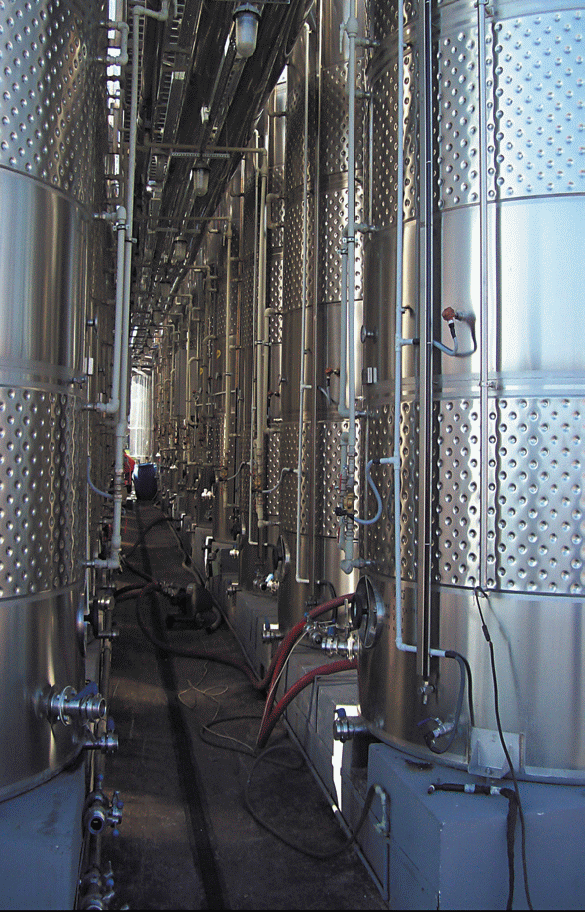 All stages of Shabo wine production are focussed on preserving the grapes’ taste, colour and aroma in the wine. Harvesting is by hand so the best grapes can be selected. The grapes are then subjected to the various processes of winemaking, maturing, blending and bottling.

Despite the traditions, the winery was keen to use the latest automation technologies in order to ensure the  increasing production is both efficient and quality focussed. In October 2011 a system was installed to maintain preset temperatures in both the production and maturing areas and also to measure the level of wine in the holding tanks. The new system also monitors the pumping activities of the refrigeration stations and coolant temperature. This automates a previously manual task that was time consuming and required considerable concentration to ensure accurate recording and thorough analysis.

The opportunity was also taken to integrate several individually automated processes into one unified system. For data signaling and communication around the system CC-Link was chosen because of its ability to communicate easily with devices from a range of manufacturers. It was also noted CC-Link can be quickly installed and is reliable; minimising disruption to production.

The architecture of the system is based on a supervisory level computer equipped with twin monitors and operator panels running a SCADA programme. This is supported by a production management control system based on five PLCs communicating via two CC-Link networks.

These collect and process data from numerous process floor sensors monitoring temperature, humidity, tank levels and valve settings. In total there are 256 analogue and digital inputs and 152 outputs (all digital) in the CC-Link system. The plan is to regularly expand the system in stages in the coming years.

An advantage of CC-Link in this situation is that if a section of the system is taken off-line, the data signals will automatically re-route themselves through alternative wiring routes so that overall control is never lost. Similarly, the system can be expanded simply by plugging new devices or sub-systems into the existing wiring; signal routing is instantly and automatically optimized and communications are never interrupted. 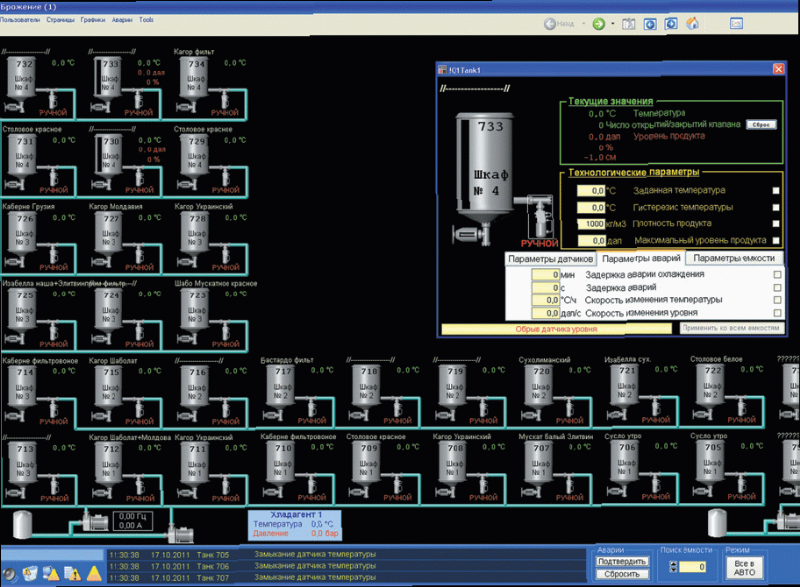 The winemakers already have plans to increase the number of holding tanks fitted with monitoring sensors and automated pumping stations as production is increased in order to meet growing demand.

Currently, the wine market in the Ukraine is about 17.6m decalitres of wine or US$ 800m. Experts believe that annual growth of wine consumption for the next several years will be around 17.5%. This is attributable to the increasing adoption of European lifestyle choices, namely a switch from vodka to wine, and to the growing wealth of the region.

Additionally, export opportunities are opening up rapidly. Wine drinkers around the world are keen to try wines from new regions; Shabo has recently opened a Ukrainian Wine Cultural Centre, and has been included in Europe’s first wine cultural routes development map as drawn up by the Council of Europe, European commission, UNESCO and representatives of European wine industry.