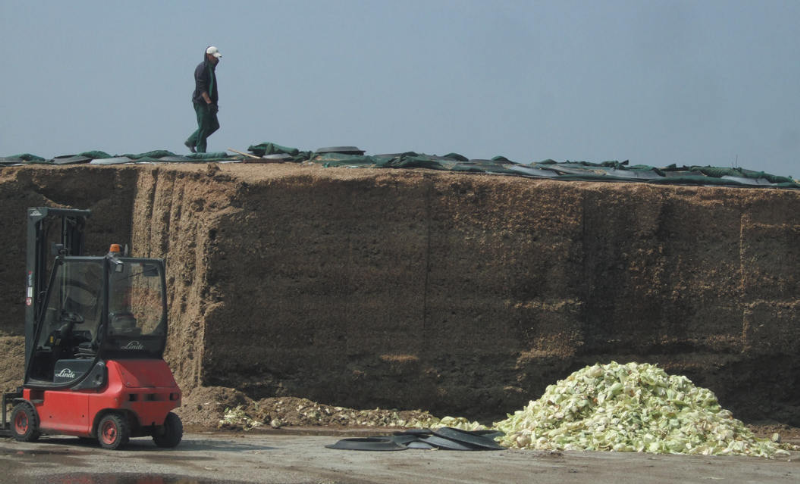 A biogas plant in Kronprinzenkoog, Northern Germany, that uses approximately 12% dry matter for its feedstock, has been able to increase its gas yield by introducing Landia’s digester mixing system. Biogas Kruse, one of only a handful of biogas plants in the Schleswig-Holstein region, has increased its biogas methane generation by 5%, producing approximately 500kW of electricity per hour, even though the evolving plant is only running at approx 30% capacity.

Currently using a feedstock of maize (40%) manure (30%), sugar beet (20%) and milled wheat (10%), Biogas Kruse proprietor Boy Kruse is also working with a consultant to see if a 2% injection of hydrogen will further enhance the gas yield.

“Naturally, we want to maximise the gas and run 24/7 so that we can reduce the payback, which is currently around 8-9 years,”said Boy Kruse. He added: “I first saw Landia’s pumps when I was at agricultural university and I remembered how reliable they were, so it is was really no surprise how good they were when I carried out a trial with them. They have also proved to be very energy efficient.”

The aim at the plant is to generate enough energy to sell onto the National Energy Grid of Germany. The role of Landia’s high-speed, high pressure, multi-pump system with its extended knife system, is to deal with the long maize fibres that typically try to get to the top of the 1,500m3 tank.

In addition to the primary tank, the plant also includes a secondary tank with a conventional impeller – plus another primary tank and a gas storage tank. When operating at 100% capacity, the plant could be generating 4MW per day.

“Landia’s external mixing system only requires routine maintenance,” continued Boy Kruse, “but we have already benefitted from top quality equipment that is very easy to access – with no downtime, nor labour-intensive emptying of tanks.

“We have lots of potential here, especially when we start using the heat from the biogas too.  Already we gain a good quality digestate, which we use and also sell on as a fertilizer, so the process makes a very good closed loop.

“Using such a high concentration of dry matter for feedstock makes us quite an unusual biogas plant, but as we get the liquid to a higher and higher level to increase the gas, we will no doubt become a much larger producer of renewable energy.”

Savings are as clear as black and white