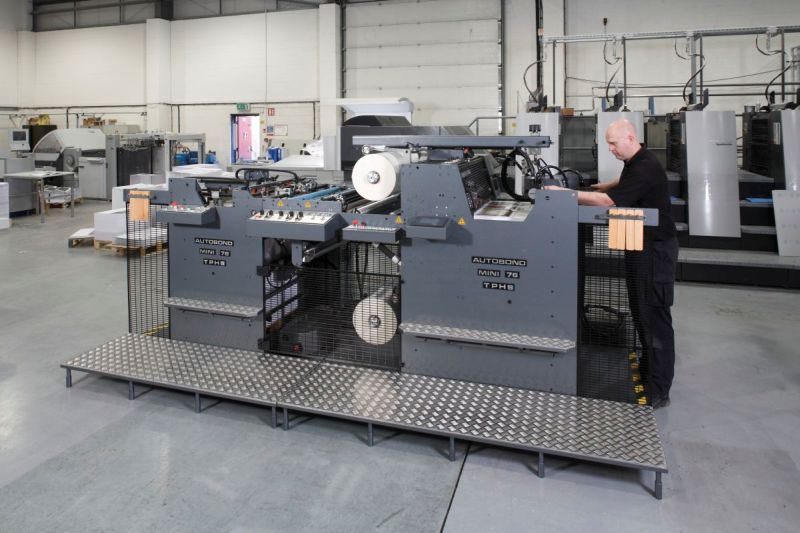 With competitors’ laminating machines running at line speeds of 20 to 25 m/min, a new design capable of 120 or even 180 m/min offers clear productivity advantage. Autobond Ltd of Heanor are meeting these high production speeds with their new laminating machines. Achieving of this huge step-up in speed presented them with a challenge which they met in partnership with drive and automation company Lenze. The Lenze ‘easy engineering’ approach meant working closely with the customer from the initial idea, optimising the design from alternatives in a wide product portfolio, using strong application knowledge and powerful sizing software. 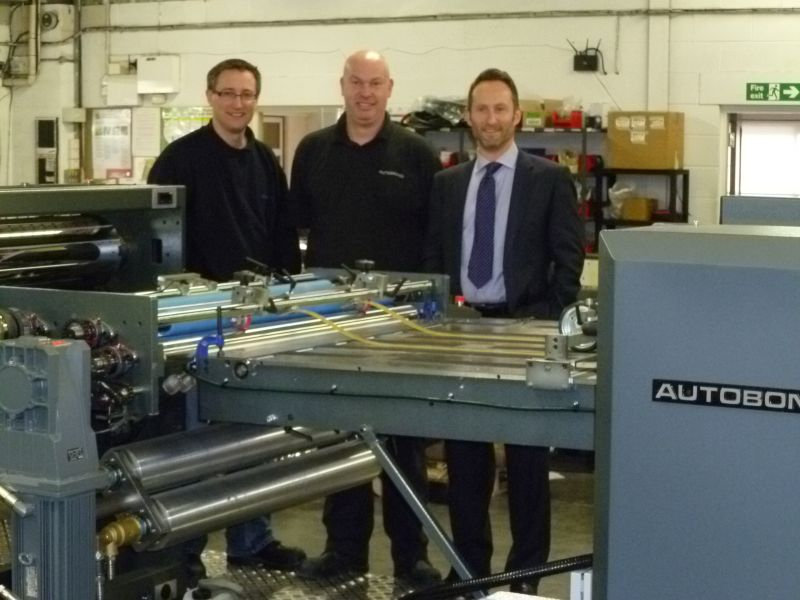 The laminating process starts with sheets of printed paper fed from a sheet feeder. Surfaces on the sheets are then prepared by transporting through a corona treatment section, and then onto a module where the laminating film is laid onto the sheet. The film is tensioned and fed in at a speed synchronised to the sheet. The sandwich of film and sheet is then pressed and heated around a roll with a high temperature that is maintained by a flow of hot water. Finally the sheets are separated and restacked.

As a partner for drives and automation, Lenze worked closely with Autobond from the start of the development process, making it easier and faster. The Lenze portfolio gives the freedom to choose from scalable products. For example models from the 8400 inverter series provided all the required drive functionality but at different levels of performance. For the simple task of running the drive rollers at constant speed, the 8400 StateLine version was selected. Where performance at servo levels was needed for intermittent feeds and gearlocking, the TopLine inverters were ideal. All the 8400 series drives are compact, fitting easily into the control panel, and have the same operating software plus a built-in CANopen fieldbus connection. The Lenze control system was optimised with the motion software held in the drives whilst higher level control software is held in a small PLC with integrated 5 inch touchscreen acting as an operator station. A second touchscreen positioned at the stacker end of the machine gives the operator easier control. Inter-connection of the drives, screens and controller is easily done with CANopen integrated on all devices and a single software platform, L-force Engineer, for programming.

The success of the project can be judged from the feedback of Paul Smith, Autobond’s Software and Commissioning Engineer. Paul comments “We have just run the machine at full speed on a production job and we are very impressed by how it’s working. I haven’t worked on a machine that has been so good so quickly from a software and drives point of view. I have been impressed by the whole system and the input our Lenze Application Engineer gave us whilst programming the machine”.