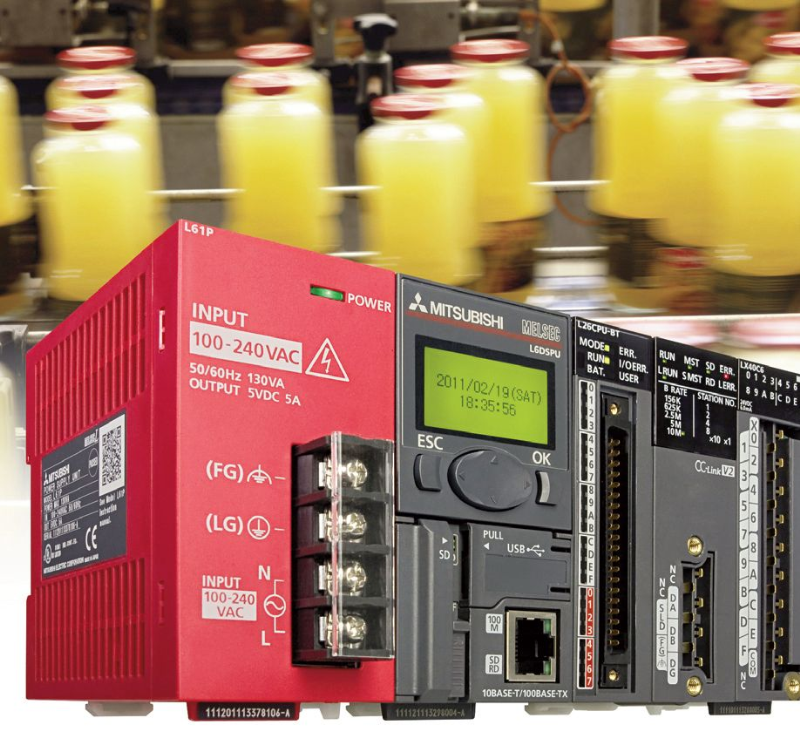 UK food prices have risen 12% in the last five years, while incomes have fallen 10%. There were seasonal shortages last year and experts are predicting worldwide food shortages by 2020. Clearly the food industry needs to reduce waste and increase efficiency, as a recent food and beverage conference hosted by Mitsubishi Electric discussed

Food processing and distribution in this country are already very sophisticated but improvements must be found if we are to face the future with confidence. Fortunately the industry is able to demonstrate a willingness to invest and innovate, upon which it can build.

“The UK food industry spends £1bn/yr on research and development,” said Chris Buxton CEO of the Processing & Packaging Machinery Association (PPMA), first speaker at the conference. “This produced 8500 new products last year and contributed to the 16 per cent drop in carbon dioxide emissions since 1999.

“It employs 40,000 people and turns over nearly £80bn annually, of which £12bn is income from exports. It is the biggest of the manufacturing sectors.” 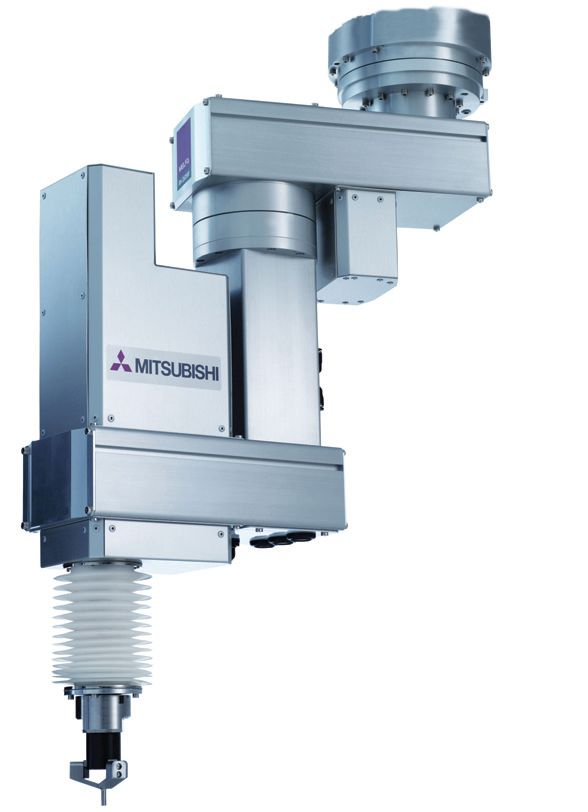 Buxton noted that many food processors are looking at increasing their level of automation. Reasons for this include a desire to reduce wastage, a skills shortage, increasing costs, hygiene, food safety, security and environmental considerations. Automation engineers want to reduce costs and increase yields, improve ingredient handling, enhance traceability and increase utilisation of plant and machinery, space, energy and staff.

This then links into the customer driven issues of product quality, agility with product changeovers, rapid product redesigns, extending product shelf life and keeping prices down.

“The food manufacturers have already done wonders with automation and lean manufacturing” said Buxton,  “and increasingly they are discovering a new weapon in their armoury – robots! The old robot myths are evaporating fast. They typically cost £5/hr to operate, compared to £10/hr to employ a person and because they don’t lose concentration or need rest breaks they are more productive. The typical return on investment time for a robot can be as little as 18 months.

“But the most important thing to understand is that rather than destroying jobs, they create them. Robots need people to look after them and to work alongside them, say inspecting or organising and if robots secure a company’s future, they ensure jobs too.

“Robots have some attributes that are particularly well suited to the food industry,” observed Buxton. “They are very flexible and can be programmed to switch from one production task to another. And they don’t breathe pathogens into the workplace, thus lengthening product shelf life.

“They can also have a very delicate touch, reducing product damage. One of my members, for instance, has recently built a robot for packing poppadoms and thus reduced breakages to virtually nil – something that human operators have never been able to achieve.”

Automated food processing plants inevitably reach a point where they need modernising, a subject considered by Adrian Caton of Niscam. The first observation of his presentation was that most machinery has a life expectancy that is far greater than its associated control system.

“Often the control system is still operating well but newer technology with greater capabilities comes along and opens up the option for significant increases in productivity,” explained Caton, “Hence the desire to upgrade.”

“The problem is that after a time a plant can be using several different generations of control hardware and software. The management of this can quickly become very difficult. You need to keep an increasing number of spares, several sets of programming tools, maintain expertise on aging systems and keep accurate records of everything.”

He noted that this sort of system evolution is inevitable. A good plant engineer will understand this and have management procedures in place to cope. It is a good idea to do regular site audits, having an inventory of  all hardware and software (including spares), reassessing risks and emergency procedures and prioritising future actions.

“It is inevitable that automation systems will develop in-situ,” he concluded. “So you have to set up proper systems to manage them.”

Automated production systems work best when the OEE (overall equipment effectiveness) is well managed. This involves two steps, collecting data from all around the plant and analysing it to produce clear, concise reports.

David Bean, speaking to the conference on behalf of Mitsubishi Electric, explained that production efficiency looks at many different aspects of a machine, line or process but is essentially the need to minimise downtime, increase quality, reduce scrap or rework and maximise availability. OEE not only indicates how efficiently a plant is running, it also looks at trends to predict future issues.

“Only with improved, time-stamped data, continuously collected can production management be statistically analysed so that machine availability and product quality can be improved,” he said.

Dataloggers used to be separate pieces of equipment that had to be bought, installed and maintained. Nowadays they are a function within a modern PLC, such as the new Mitsubishi L-Series, so are an integral part of the control system. Some PLCs are able to process data and produce local reports, and store this data to an SD memory card and/or communicate it to other parts of the control system.