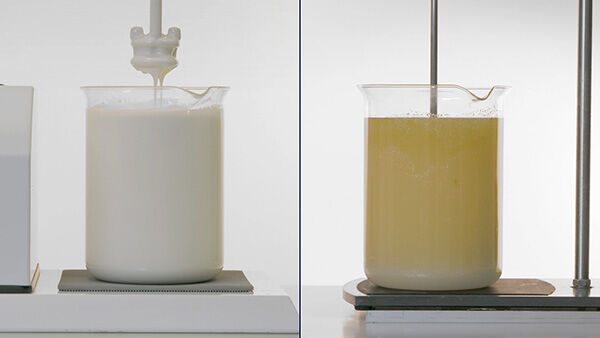 An emulsion is a mixture of two or more immiscible liquids –one being oil based and the other water based, or “aqueous.” They are described as “immiscible” liquids because they cannot easily be mixed together without separating and this can often cause problems during manufacture if it is not done correctly.

Creating a stable emulsion can be a challenging task, even with the use of emulsifiers, but it is a critical stage in the production of many products. The consistency, quality, texture, shelf life and appearance of products are very much dependant on the stability of the emulsion. 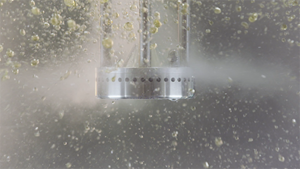 In order to form a stable emulsion, whether you are producing an oil-in-water or water-in-oil emulsion, you need to obtain the finest possible droplet size. The mixing equipment needs to impart a large amount of energy into the mix; the more shear energy introduced into the mix, the smaller the suspended droplets will become, creating a fine stable emulsion with both phases completely and uniformly dispersed into one another.

Conventional mixers and agitators, which are suitable for basic liquid/liquid blending, are unable to form a stable emulsion because they do not have the necessary means to impart large amounts of energy into the mix. This type of mixing equipment simply moves the two liquid phases around the vessel, so although it may appear as though the phases have blended, the droplet size hasn’t been significantly reduced, so once the agitation stops the emulsion will soon separate into the two distinct phases once more.

High shear mixing subjects the liquids to intense high energy which reduces the droplet size sufficiently and allows the two phases to combine, resulting in a stable emulsion which will not separate once the shear energy has been removed. The high shear rotor/stator design of the Silverson mixer is ideally suited to this application and can easily achieve emulsions with a droplet size of 2 to 5 microns. Finer emulsions down to 0.5 microns can be obtained, depending on the formulation. 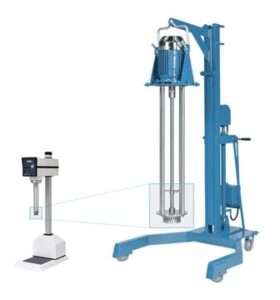 Silverson Machines offers a range of in-tank and In-Line mixers widely used for preparation of emulsions, from laboratory scale up to bulk production units and repeatability and batch-to-batch consistency are guaranteed.

A comprehensive range of workheads and screens is available for all Silverson high shear mixers, whether you are working at a laboratory scale or full scale production size. These easily interchangeable workheads offer great versatility by allowing any machine to be adapted to perform a wide range of mixing operations including emulsifying, meaning that one mixer can be used for several applications. The Silverson Emulsor screen is suitable for liquid/liquid preparations and especially useful for all emulsions. The emulsor screen is available in fine and medium perforations to enable users to achieve their desired results.

For making emulsions at a Laboratory scale, the Silverson L5M-A is ideal for research and development, QA analysis and small scale production in all industries – with an efficiency and flexibility unmatched by other machines. With a capacity from 1ml up to 12 litres and the ability to mix in-line, the L5M-A offers excellent reproducibility when scaling up to full-scale production and provide an accurate and easy means of forecasting the performance of larger Silverson machines under full-scale working conditions.

As Silverson rotor/stator workheads are all engineered to the same fine tolerances, scale-up can be achieved without the need to re-formulate products. Silverson Machines offer the widest capacity range from a single manufacturer from laboratory scale, to Pilot Scale Batch mixers with a capacity of up to 50 litres, to full scale production Batch mixers which can process up to 30,000 litres! Whatever your batch size the Silversonproduct range will have a mixer for you. 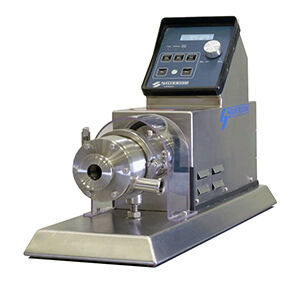 For In-Line mixing, the Silverson Verso is suitable for creating emulsions on a laboratory scale. The recently launched Verso-HV high viscosity laboratory mixer is also especially suited for use creating emulsions, such as creams and lotions, as the mixer incorporates an the same innovative ‘pumping rotor’ design as the production scale HV In-Line mixers. This not only substantially increases the mixers’ self-pumping capacity, allowing it to process higher viscosity mixes, it also makes scaling up to production scale a simple process.

For larger batches, Silverson In-Line mixers are ideal for the creation of stable emulsions. Once product enters rotor/stator workhead it is impossible for any material to bypass it, rapidly reducing the droplet size of both phases allowing them to combine.

Silverson High Shear mixers are supremely efficient and rapid in operation and are capable of reducing mixing times by up to 90%. If you’d like to know more about how Silverson Machines can help you produce better emulsions, you can watch the ‘How to make Emulsions’ animation on the Silverson websiteor email sales@silverson.com 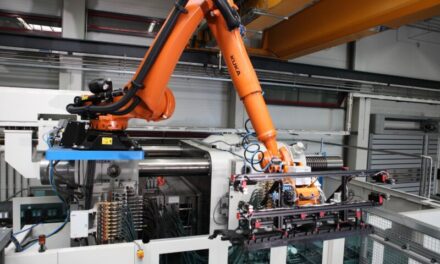 Efficient automation in the plastics industry

Efficient automation in the plastics industry