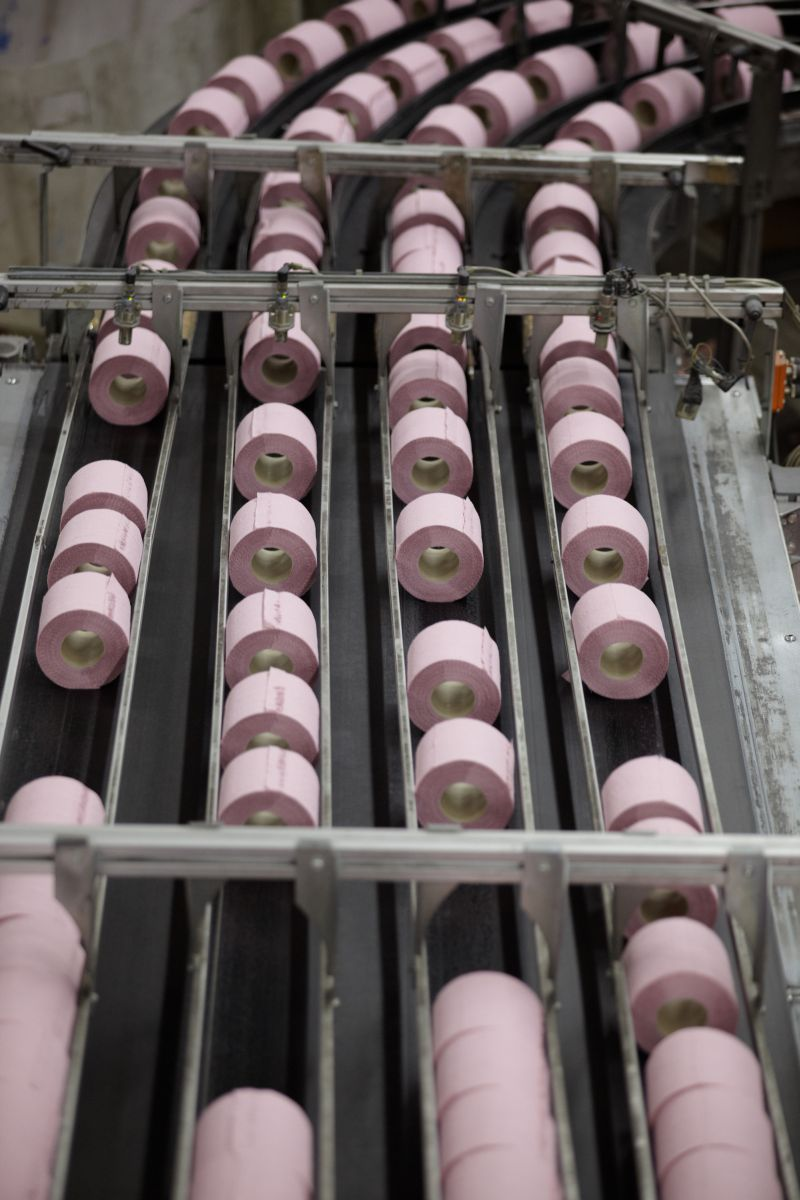 The triple-cutting action of Landia’s renowned chopper pump has helped improve productivity at one of the UK’s leading manufacturers of toilet tissues, kitchen rolls and facial tissues. Since installing Landia’s MPTK-I 150 37kw 1500rpm Chopper Pump, the manufacturer has increased its production by 10 per cent per hour.

Situated in a tank directly under a paper mill roller working at 1800m/minute, the MPTK-I pump continuously recirculates water, as a spokesperson for the manufacturer explains, the Landia equipment really comes into its own when any significant amount of paper enters the tank.

“Before the Landia Chopper Pump,” he said, “we had massive downtime, around five hours per week – even though we had a so-called chopper pump from another manufacturer.

“But Landia’s Chopper Pump is clearly the real thing.  It works like a type of pulper and has ensured that we now have virtually no downtime”.

He added:  “This in turn has enabled us to improve our productivity by being able to run our machines faster, with the peace of mind that the pump can handle any sudden large volumes of paper”.

Landia invented and patented the world’s first chopper pumps back in 1950, originally for agricultural applications where it successfully processed and macerated the hard pebbles, long straw, and other dry matter found in thick slurry, without blocking up or breaking down.  Since then, Landia’s chopper pumps have been installed worldwide in numerous industries, including pulp and paper, wastewater treatment, food processing and biogas production (anaerobic digestion).