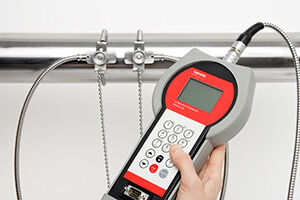 Katronic clamp-on, non-invasive ultrasonic flowmeters have been supplied to a major biomedical product manufacturer. Removing the need to compromise the cleanliness of the process by breaking into pipes to fit the meter has helped site engineers to significantly reduce project lead time and costs.

There are many processes where clean operation is imperative, for example foods, fine chemicals and biosciences. Clean-downs and changeovers can take a long time, and so can the paperwork and permissions process that allows new equipment to be installed. Katronic channel partner and instrumentation specialists WE Instrumentation found that one of their key customers had a real issue gaining permission to instal new flow measurement, with typically six months of investigation and effort before permission would be granted to break into site pipework to install new instruments. The costs of the equipment itself was dwarfed by the costs of the decision-making process and installation, making it very difficult for site engineering staff to propose and implement process improvements in a timely way.

WE Instrumentation’s Martin Adams introduced Katronic clamp-on flowmeters to the site engineers. Katronic’s Matt Bird visited site and demonstrated the equipment by quickly achieving a good flow measurement using a hand-held KATflow200 portable flowmeter. A key advantage of Katronic equipment is that the ultrasonic core of every meter in the range is the same, so a measurement made with a portable meter absolutely mimics the performance of a fixed flowmeter. Installation is straightforward with Katronic’s unique Audible Positioning Assistant that guarantees accurate sensor positioning. Following the successful demo, an initial order of Katronic fixed systems was purchased, followed with further orders after the first batch had proved to be as successful as the demonstration. 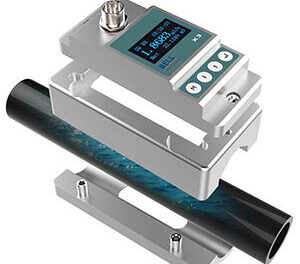 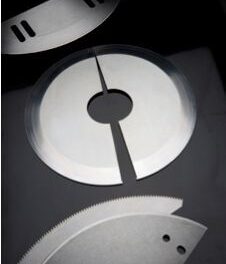