Raising the bar in system assessments 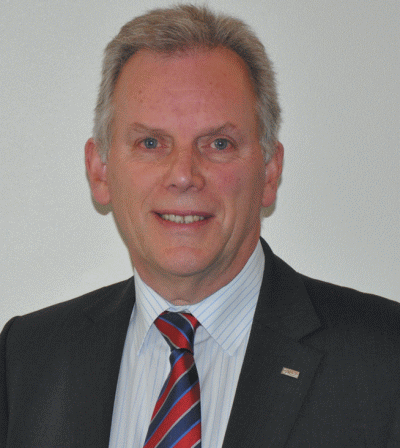 Chris Dee, executive director, BCAS (British Compressed Air Society) explains why a new standard for compressed air system management – ISO11011 – will be introduced in 2012. The standard is designed to set the requirements for conducting a compressed air system assessment, for analysing the data and for reporting and documenting the findings

Up to 70% of industries use compressed air for some aspect of their operations. With many of these operating round-the-clock, ensuring a reliable and energy-efficient supply of air is essential.

The challenge to manage precious energy resources is ongoing, with legislation and voluntary initiatives being introduced to help improve efficiency.

If there’s a lack of accurate information about the current performance of a compressed air application, it’s difficult to know where to begin when looking to make improvements.

So why do we need a new standard? There have been concerns for some time that the lack of a formal standard allows suppliers with differing levels of expertise to conduct a compressed air audit – and for that examination to then be considered as a comprehensive system assessment.

Due for release in early 2012 the ISO11011 is not intended to replace existing compressed air audit activities, but is designed to create a framework for the assessment process, which can then be embedded in to other specific ISO requirements that exist around the globe.

The new standard considers the entire air system, from the energy inputs to the task performed and classifies compressed air in to three subsystems:

• Demand – which includes the total of all compressed air consumers, including productive end-use applications and various forms of compressed air waste

ISO11011 sets requirements for conducting a compressed air system assessment, for analysing the data and for the reporting and documenting of the findings. A key element of the standard is to identify the roles and responsibilities of those involved in the assessment activity.

In compressed air systems with very large runs of pipe work and little control over system pressure, it can be difficult to manage air usage. The ISO11011 assesses compressed air use, critical production functions and poor system performance. This assessment should help to identify and quantify energy waste, the balance between compressed air supply and demand, energy use and total compressed air demand.

As improvements are made to the compressed air system, it will be possible to estimate improvements by comparing the new measurements with the original baseline.

The standard considers end-use applications as part of the assessment process, some of which are identified as ‘critical air demands’. Critical air demands include those end uses of compressed air that have the potential to impact on performance factors such as product quality, production rate, scrap rate, rework cost and customer satisfaction.

The standard indicates that improving the performance of a critical air demand may not be related to the compressed air aspect but more to the poor mechanical state of that end-use equipment.

In addition, ISO11011 addresses any ‘wasted’ compressed air. This goes beyond, but doesn’t ignore, obvious leaks, which can contribute up to 35% of the generated compressed air. The standard also analyses any ‘inappropriate use’, such as when compressed air is being used unnecessarily for cooling, when a simple fan would be more efficient.

Air treatment systems can cause pressure loss and leaks if installed badly, so it’s important that any equipment will deliver the proper pressure and quantity of air throughout the system. ISO11011 looks at optimising air treatment, by assessing and validating the need for and effectiveness of treatment equipment as it is presently installed. Any opportunities for performance improvement and energy reduction will also be identified.

How similar can humans and robots be?