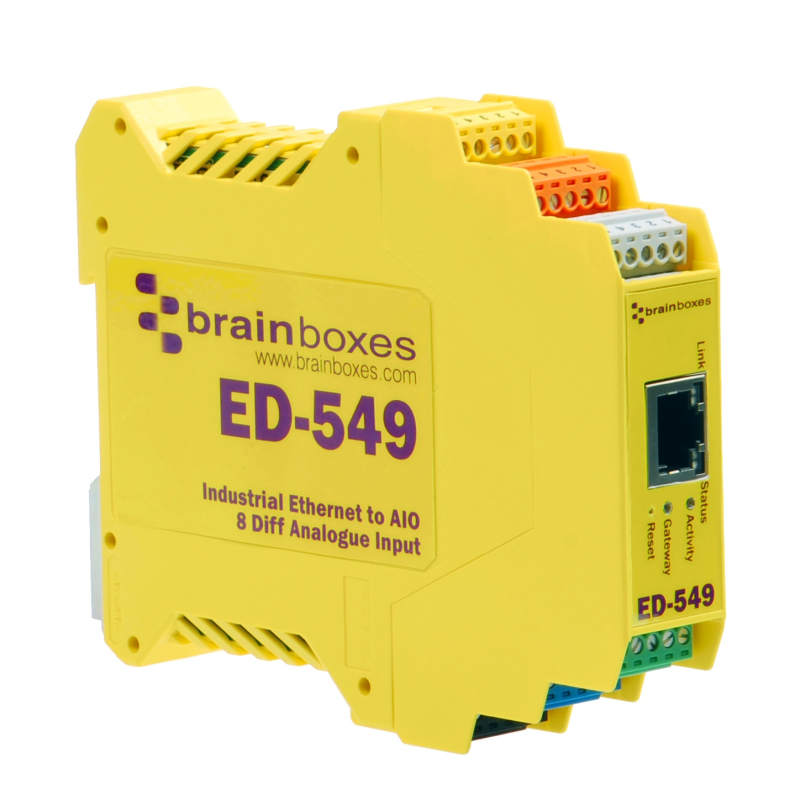 RS Components (RS), the trading brand of Electrocomponents, the global distributor for engineers, has added the latest Brainboxes ED series Ethernet I/O modules to its industrial networking portfolio. The new modules make light work of networking input and output devices, sensors, actuators and controllers, either locally or through the Internet.

With an operating temperature from -40ºC to +80ºC, the modules are ideal for building machines, control panels or I/O systems, or for modernising existing equipment. The range comprises the ED-588 with eight digital inputs and eight digital outputs, the ED-516 with 16 digital inputs, and the ED-527 with 16 digital outputs. The ED-538 features four relay drivers and eight digital inputs. The ED-549 has eight analogue inputs. Each of these modules also includes an RS485 gateway. Finally, the ED-504 has four digital I/Os, a RS232/422/485 serial port, and an Ethernet switch. New modules featuring a thermocouple interface will soon be introduced.

Broad compatibility with operating systems encompasses Windows, Linux, Android, Mac OS X and iOS, enabling easy interaction with a smartphone, tablet or PC. The modules can be configured and monitored using any device with a web browser.

The Brainboxes Multi-Platform Software is developed for the factory floor and includes a suite of APIs (Application Programming Interfaces) designed from the ground up to allow simple integration into a system.