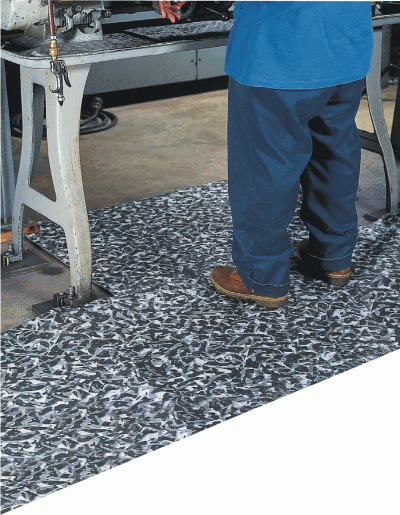 Make short work of the clean-up – give granular the boot and take a look at polypropylene sorbents! – As I may have mentioned before in association with Brady, it is often the products that don’t grab the headlines that can make one of the biggest contributions to efficiency and safety.

Take spill clean up for example – I’ll be the first to admit it’s probably not what everyone rushes into work to discuss, but in terms of the accidents and problems unattended spills can cause, it deserves special focus. Spills in the workplace can generally be split into two categories – spontaneous spills which can be as seemingly innocuous as a spilt cup of coffee; and more chronic/permanent spills commonly found anywhere fluids or chemicals are stored or used, for example maintenance docks; on workbenches, pipes or around machinery.

The problem with sawdust

Not so many years ago, the standard and probably only response to any liquid or oil that found its way onto the factory floor was to sprinkle sawdust on to clear it up. What’s the problem with that I hear you say, it’s what we’ve always done? Maybe so, but sawdust can end up making a much greater mess than the one it was originally supposed to remove and what’s more, its gets everywhere including into complex mechanical workings which can cause costly damage and loss of production.

An alternative clean up 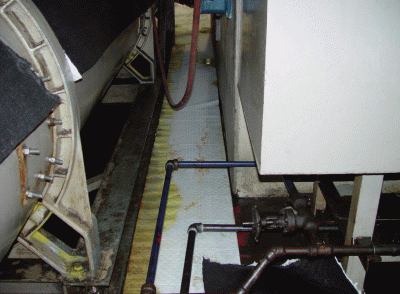 But if sawdust or other granular particles such as clay aren’t the answer, what is? Enter polypropylene sorbents, a method of spill clean up which aims to reduce costs, increase productivity and also improve safety. Initially the unit cost may appear higher but with an absorption rate of between ten and 20 times its weight, compared with one to two times of granular products, you need a lot less product to clean up the same volume of spill. Of course this also means that disposal costs are lower as there is less material to dispose of.

The problem with polypropylene sorbents is many people aren’t even aware they exist and that has become apparent talking to people in industry. Many companies have banned the use of granules in their facilities because of the potential damage that can be incurred, which I mentioned earlier. Unfortunately, banning one material is not always accompanied by education to the alternatives! On the safety front as well sorbents have the advantage, not only is there no risk of inhaled particles but sorbents also have a much wider range of chemical resistance.

It’s always difficult to change habits, but take a look at what polypropylene sorbents could contribute to making your workplace a safer, more efficient and cost-conscious facility. 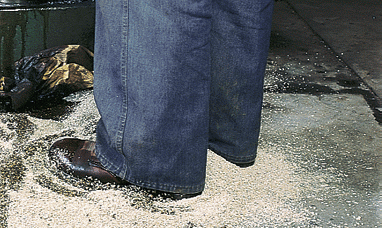 LAST CHANCE to ‘Buy a Fluke, Get a FREE Fluke!’