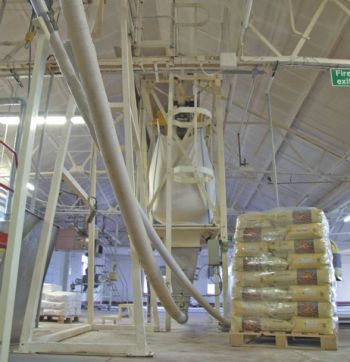 The Jacob’s Bakeries factory in Liverpool produces the ‘Club’ biscuits and ‘Gold’ biscuits for which the company is famous. A Flexible Conveyor from Spiroflow is being used to feed brown flour directly into the biscuit base mixer

Jacob’s Bakeries in Aintree, Liverpool is using a Spiroflow Flexible Conveyor to feed bags of brown flour directly into the mixer used to manufacture the base of Jacob’s famous ‘Club’ biscuits, ‘Gold’ biscuits and some of the company’s ‘Biscuits for Cheese’. This conveyor is sited alongside the Spiroflow Bulk Bag Discharger that feeds Oat Flour via an integral 120mm diameter Flexible Screw Conveyor into a storage silo above the same mixer.

Site projects manager, David Rome, said: “The new Flexible Screw Conveyor ran first time and has performed well ever since. In fact, the ‘Spiroflow’ Bulk Bag Discharger has been in operation for 14 years – trouble-free!”

The new conveyor is 11m long, lifting the flour up some 5m at an angle of approximately 45°. It is linked to an existing sack tip station with integral check sifter. The inlet to the conveyor is complete with an agitator to prevent any bridging of the coarse flour. Part of Spiroflow’s scope of supply also included a check magnet. The conveyor and its controls are designed to operate in an ATEX Zone 22 area. 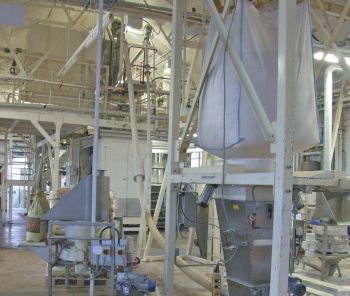 The Spiroflow equipment has to be reliable, considering the mixer is in operation 14 hours a day, 5 days a week and mixes a new batch of biscuit base every 30 minutes. The Aintree factory itself has an annual output of 50,000 tonnes of biscuits.

When asked why he chose a ‘Spiroflow’ Flexible Conveyor for this new application, Rome said: “I have no particular loyalty to any manufacturer, I knew of Spiroflow’s sound reputation and included them among the companies I contacted. They proposed the more practical solution, produced a good layout drawing and offered the best price too. They then delivered exactly what they said they would and on time.”

W & R Jacob’s produced the first ‘Cream Cracker’ in 1885, and the first ‘Club’ Biscuit was launched in 1919. In 2004 Jacob’s was acquired by United Biscuits, the UK’s no. 1 manufacturer of savoury biscuits.