There’s no need to risk accuracy 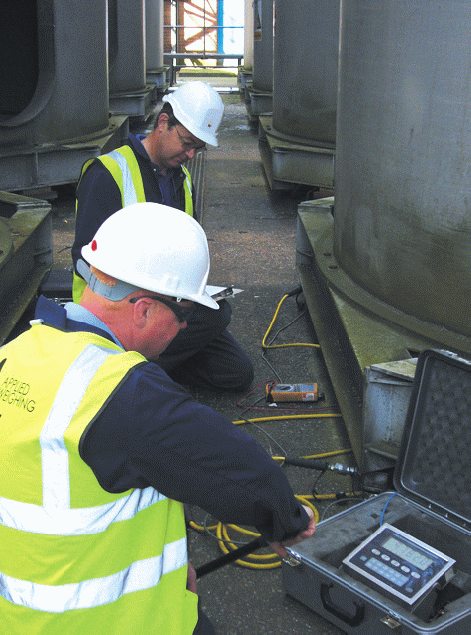 Calibration can provide a number of benefits for manufacturers, yet it may sometimes be neglected because it is associated with production downtime and high costs. Applied Weighing explains how its HydraCal system speeds up vessel calibration, minimising such downtime and costs.

There are many reasons why it is important to ensure the accuracy of measuring instrumentation in the manufacturing industry, maintaining consistently high product quality and optimising operating capacity being just two.

However, traditional calibration methods are often associated with production downtime and high costs. This can lead manufacturers to prioritise calibration for some measuring instrumentation at the expense of others, yet neglecting calibration can lead to greater costs being incurred.

According to Applied Weighing, its  HydraCal direct force calibration system allows for a weighing vessel or silo to be fully calibrated in a fraction of the time taken using traditional flowmeter or weighbridge calibration methods, thereby minimising production downtime and saving costs.

The technique can be carried out on any weigh vessel with suitable jacking points fitted at each load cell location. There are two methods; reverse calibration and force calibration.

The reverse calibration method involves the HydraCal system being used to push a known amount of weight off a full or partially full system. Applied Weighing’s engineers jack the system in multiple, measured intervals back to zero, enabling them to check the overall system accuracy, the system linearity and repeatability. This method can often be carried out without the need to modify an existing system.

Alternatively, with the correct brackets in place, the force calibration method requires the HydraCal system to apply a measured force down onto a weighing vessel, allowing Applied Weighing’s engineers to calibrate the system in multiple intervals, often up to the full scale of the weighing system.

Both techniques are quick and simple once the calibration system is positioned, limiting vessel downtime.

How to carry out early defect detection