What are the best ways of preventing casting defects?

By Emily Newton, Editor-in-Chief at Revolutionized

Casting defects represent numerous irregularities. Depending on the type and severity, some company leaders may set tolerances for these problems. Repairs are sometimes possible, but the ideal approach is to eliminate or at least minimise their occurrences. Here are some ways to do that. 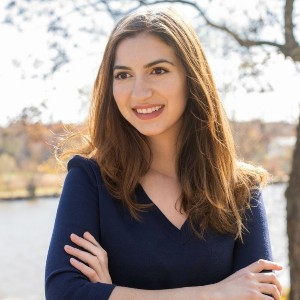 Adjust the Cure Temperature and Time

Outgassing is an issue often associated with the powder coating of aluminium die-cast parts. It causes blisters and small, crater-like holes in the cast material. This problem happens due to the release of trapped air bubbles during the melt phase of the curing process.

The porous nature of castings means the air closest to the surface may expand, creating a small hole. However, lowering the temperature and extending the cure cycle time can limit outgassing’s effects.

Another temperature-related approach is to preheat the casting material to about 10 °C beyond its curing temperature and letting it cool before starting the coating process. That addresses some of the trapped air before the curing process starts, making outgassing less problematic.

Sometimes, temperature-based methods alone are not enough to tackle outgassing defects. They can be supplemented with other options. For example, applying a prime coat and a topcoat adds more labour and materials, but it covers the blemishes caused when trapped air bubbles escape.

The decision-makers at many foundries realize that collecting data about their processes can give valuable insights into successes and show where room for improvement exists. That’s especially true since many data-based platforms have artificial intelligence (AI) features that make suggestions.

Toyota Industries Corp. relied on an AI tool to predict abnormalities in the die-casting processes for car air conditioner compressors. Temperature variations in the molten aluminium or differences in the injection rate are some of the many factors that can cause defects.

However, the company’s information-based approach collected 40,000 data points for each die casting shot. An AI tool then analysed the statistics. This real-time method allowed workers to be alerted about issues and take corrective action.

However, less extensive efforts to tap into data can also get results. For example, if people become aware of defect-related patterns, they can make changes to prevent future issues. Progress occurs when individuals become motivated to target defects rather than accepting them as inevitable. Looking at existing defect data can help people decide where to focus their efforts to resolve ongoing issues.

Defect prevention in casting also involves knowing which factors influence the respective mechanical properties and accommodating them when possible. For example, fine grains with the same approximate dimensions in all directions are generally the most likely to have the desired strength and ductility. Low pouring temperatures and high cooling rates are the ideal ways to achieve those grain characteristics. Adding refiners can help, too.

In contrast, inclusions are solid materials trapped in the casting. Rapid cooling allows for the finer dispersion of second-phase particles and addresses inclusions by reducing the potential time for microconstituent growth.

Use an Analytical Approach When Relying on Additives

Succeeding with sand casting often necessitates choosing additives for moulds and cores. Those extras can address issues like veining and an undesirable surface finish. However, the typical approach to including additives during casting involves using estimates or experience while settling on the appropriate amount.

For example, green sand casting accounts for approximately 80% of global efforts. However, it can also raise the risk of defects compared to other methods. That’s due to inherent variations in the process, which can occur at a higher-than-average rate. However, certain additives can increase mold properties such as strength and permeability. Unfortunately, over- and underdosing are common issues affecting sand in the system. Striking the right balance provides the expected results.

Besides the method suggested earlier of selecting an AI tool to find defects, people can also apply data analysis to move toward a dosing-by-need approach for additives used in sand casting. This technique involves depending on both predictive and prescriptive analytics.

An intelligent system can predict the types of defects most likely to occur and how additive use relates to them. Prescriptive analytics suggests how much of a particular extra ingredient to use when the goals are to minimize defects and increase overall quality. Additionally, this use of data analytics promotes repeatability by helping employees follow the same steps for the best outcomes with their casting efforts.

No single approach gets rid of all casting irregularities. However, professionals can start seeing results if they identify the most common defects and their commonalities. It’s crucial to remember that reducing defect rates requires a continual commitment to quality control. Choosing metrics to track them can confirm whether changes made resulted in improved outcomes.

COMMENT: UiPath’s Bruno Ferreira on the Office of National Statistics (ONS) claim that 1.5 million people are at risk of losing their jobs to automation