According to Landia, a good aeration salesman will tell you that ‘if the lines are pressurised in turn, it will send a shockwave that mixes the tank’ – but this claim, believes the aerator, mixer and pump manufacturer, is at best, complete and utter nonsense.

“The same aeration salesman may also tell you that you are successfully achieving the required oxygen transfer rate,” said Phil Whittaker from Landia, “but whilst this statement may be totally true, there’s still a strong likelihood that your tank is suffering from areas of anoxic/anaerobic conditions because it has poor mixing.” 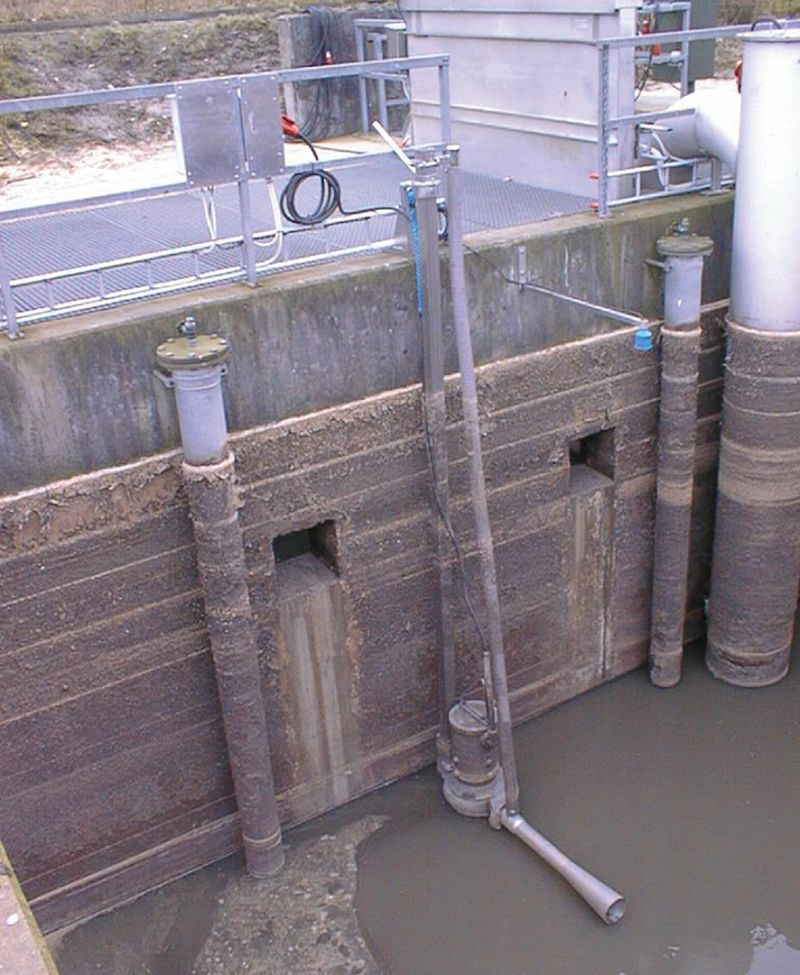 Whittaker states that unless there is a noticeable odour problem, most operators can be blissfully unaware that their treatment process isn’t working at its best.  This could mean paying unnecessarily high charges to your water company or failing to meet your discharge consent, because without good mixing, aerobic conditions will not be achieved throughout the process vessel, resulting in poor treatment.  This is true for any site that has high-strength effluent, such as a tannery, where manufacturers are best advised to achieve as much on-site treatment as they possibly can to reduce discharge costs.

“A common sight we see,” added Whittaker, “is the dancing tank.”  A whole mass of bubbles and noise, where it appear a lot is happening. But the reality is that there is often very little going on that is of much benefit to the process.  This can be due to the use of an outdated aeration system such as a surface aerator, which typically is only capable of aerating the top part of the tank, possibly less than 20% of the total contents.  Despite all the commotion, solids settle out, becoming septic at the bottom of the tank – and wastewater foaming can be an additional problem to put right.

“Over time, the dancing tank becomes even more frenzied, because when a consent or odour problem has been identified, the overwhelming tendency is to throw more aeration power at it, which then sends energy bills soaring.  It’s a very unnecessary waste of energy and can also result in a poor settling sludge.”

Emphasising that a supposed aeration problem is sometimes nothing of the sort – simply a need for a mixer, Whittaker says that when equipment was first installed, perhaps many years ago, the original design may have achieved the required balance, but conditions can and do change.

He continued:  “We are often called in to address problems that have accumulated over time simply due to changes to production lines that have increased the biological load. There can also be issues due to increases in temperature or seasonal loads, as well as in-factory waste minimisation, or improvements and additions to up-stream processes. Good aeration and mixing is vital to the treatment process so it is best to regularly review what is going through and when, so that the essentials in achieving a fully mixed and aerated tank are met consistently.”

Under-aeration, believes Whittaker, is just as big a problem as over-aeration. Low dissolved oxygen (DO) in the tank and reduced biological activity will cause unpleasant odours, bulking sludge, and failure to meet discharge consent. Under-aeration can be brought about by increases in the tank’s temperature and COD/ammonia loading.

“Overall, the goal should be optimum configuration of aerators and mixers for maximum treatment at minimum power use,” said Whittaker.  “Hydraulic mixing of the basin will depend on several factors, not just the tank’s geometry, dimensions, and layout.  One needs to look at the actual hydraulic mixing power provided by aerators and issues such as floor sweeping velocities greater than 0.25m/s, which are required to prevent the settling out of solids that lead to anoxic or anaerobic pockets.”

He added:  “There are still plenty of companies out there who contact Landia about a serious consent or odour problem, who we find have no monitoring to tell them what is happening in the aeration basin.  But those whose answer is to automatically throw yet more power at what they perceive as purely an ‘aeration problem’, should consider the fact that large/slow moving low-energy propeller mixers can solve their problem at a fraction of the power cost.

Finally, don’t be detered by potential downtime.  Companies like Landia can carry out an installation even when a tank is full.

How to minimise error

Advantages of filler are crystal clear

Unblocking the route to efficiency

A fresh approach to ingredient blending