A deep freeze on production costs 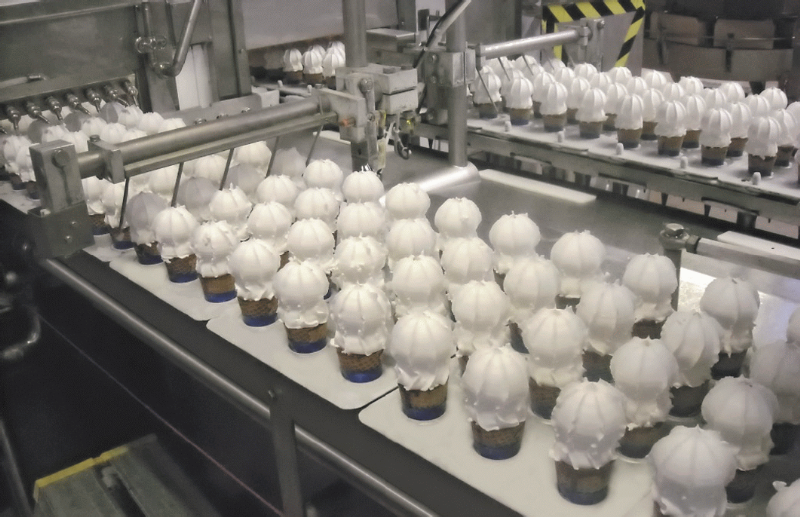 Following conversion from traditional pneumatics to Rexroth pneumatic valves from the CL03 Clean Line series with integrated Profibus, GB Glace has made savings in materials, energy, installation and labour costs, as well as improving its process reliability

Ice cream manufacturer GB Glace (part of the Unilever Group) produces  approximately 45 million litres of ice cream each year at its site in Flen, Sweden. This is just one of its ten European sites and production here, just as it is at all of the other facilities,  is subject to strict hygiene regulations.  In addition, cost reductions are an important factor, and even though the company’s traditional pneumatics system had served it well since installation in 1989, the time had come to reap the cost-saving benefits of modern valve technology with bus connections.

“…we were forced to realize that maintenance-related spare parts were no longer available on the market,” said Karleric Idegren, process project engineer at GB Glace in Flen. “Our initial idea was to search for adequate replacements for the components. This ultimately gave rise to a new pneumatic actuation concept. Rexroth presented a design and that is what we are now using with great success.”

Rexroth valve terminal systems from the CL03 series are at the heart of the new system. The valves feature a consistent hygiene concept that is certified by the European Hygienic Engineering and Design Group, in  addition to the high protection class IP69K and a bus connection directly integrated in the valve terminal system. “If we had merely replaced the components in the existing system, the investment for their installation alone would have cost five times more than our current, more modern and technologically advanced solution,” continued Idegren.

The CL03 is made up of individual base plates with internal wiring, is easy to clean and maintain, and can be populated with up to 16 valves. The individual valves in turn can be set for two different pressure levels. This is necessary to drive the cylinders in a unit at differing pressures, corresponding to the power needed. The 16 valves in the system can thus drive 16 different cylinders and offer the ideal pressure level for each unit served.

Due to the decentralized configuration of the pneumatic system (all valves are close to the using units, such as cylinders, skid drives and grippers) both the valve cabinets and any additional Profibus cabinets are redundant at GB Glace.

“We have now also started the conversion of the pneumatic system on the mix storage tanks, where approximately 330 functions will be available for process valves on completion. In this area of the system alone, the new solution with integrated Profibus eliminates 14 control cabinets, including their wiring.”

“We have now eliminated 400 metres of air hoses and three ramps, so that 25% of cost reductions can be attributed to components that are no longer necessary, including their installation.”

Idegren goes on to point out the further advantages of greater system efficiency: “this does not even factor in the process improvements we have achieved. Fewer cables mean less dead volume and pressure loss, and thus lower air consumption and fewer expenditures for preventing the potential infiltration of bacteria.

“The new system demonstrates a clear functional improvement; it is simpler and more economical. The mixing tank system now operates more efficiently and reliably than it did before. In addition, the lower investment also shortens the amortization period.”

These advantages are based on a series of details including inductive sensors in the control unit which monitor the valves. Whereas the older pilot valves needed ten seconds from end stop to end stop, today’s solenoid valves accomplish this in just three seconds. The sensors verify whether the valves have closed in the allotted time and a notification alerts employees if that window is exceeded. Idegren explained the importance of the new features: “It increases safety, reliability and profitability since a defective component in the final manufacturing phase, for example, can spoil up to 5,000 litres of finished ice cream.”

A pump to support any workflow

A step-by-step guide to choosing a pump

The working of low clogging valves