Washing up savings in poultry processing 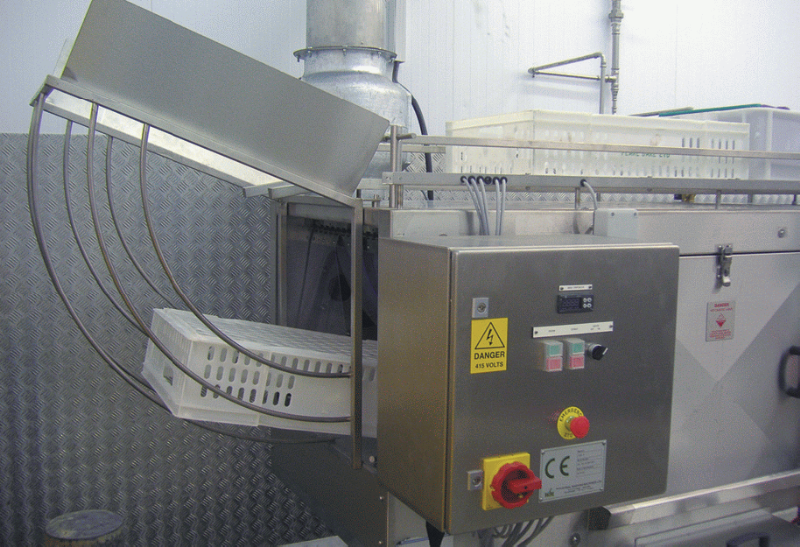 Rapid and sustained growth at Smithfield Murray, a poultry product supplier, meant that the washing processes in use could no longer handle the volume of trays being used. The company makes extensive use of plastic trays to transport diced and sliced poultry between the processes in its plant and, until recently, these trays were washed using a pressure washer. However, as demand   increased, it was clear that tray washing was fast becoming a production bottleneck.

Having had previous contact with Industrial Washing Machines (IWM),  Smithfield Murray approached the company for proposals on how the tray washing process could be streamlined and automated. IWM put forward its T200 tray washer, customised to suit the application by the incorporation of an overhead tray infeed section.

“This solution was particularly appealing to us because of the small size of the T200 machine, which meant that we could accommodate it in the limited space available in our plant,” said Martin Grady, general manager of Smithfield Murray. “The throughput rate of up to 200 trays per hour was also ideal for our purposes.  Also important, of course, was the very effective washing process used by the machine and its excellent energy efficiency.” 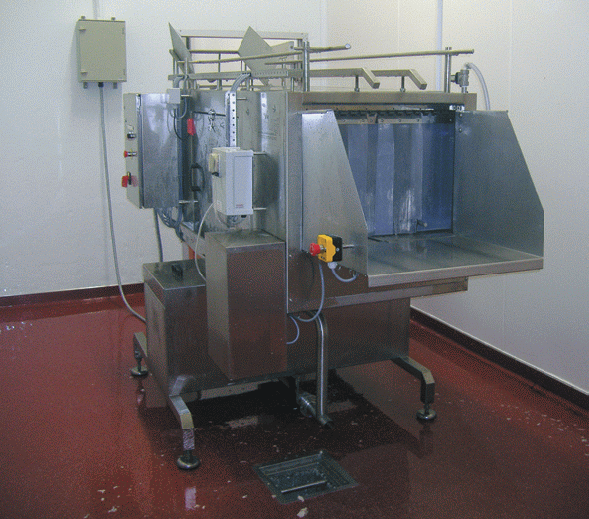 Before the order was placed, IWM carried out trials at its works using soiled trays supplied by Smithfield Murray. The trials showed that, even with the most heavily soiled trays, the T200 would consistently achieve the cleanliness standards essential in food processing operations.

It was important for Smithfield Murray that the disruption to production during the washing machine installation was kept to an absolute minimum. IWM’s rigorous testing procedures that are applied to all of its machines prior to despatch from its works, helped meet this requirement, as it minimised the likelihood of problems being encountered during installation and commissioning.

“The service provided by IWM was excellent at every stage,” said Grady, “but even more impressive are the benefits we’re getting from the machine. It has reduced our water usage by 5m3 per day, which translates into a cost saving of £12.30 a day for 260 days each year, and we can now do all of our tray washing in half a shift, so it has freed up 4.5 employee hours a day for us to use in other areas. Overall, the savings add up to more than £10,000 per year, which makes our new T200 washing machine a very good investment indeed.”