Conversion with spot-on timing at BASF in Schwarzheide 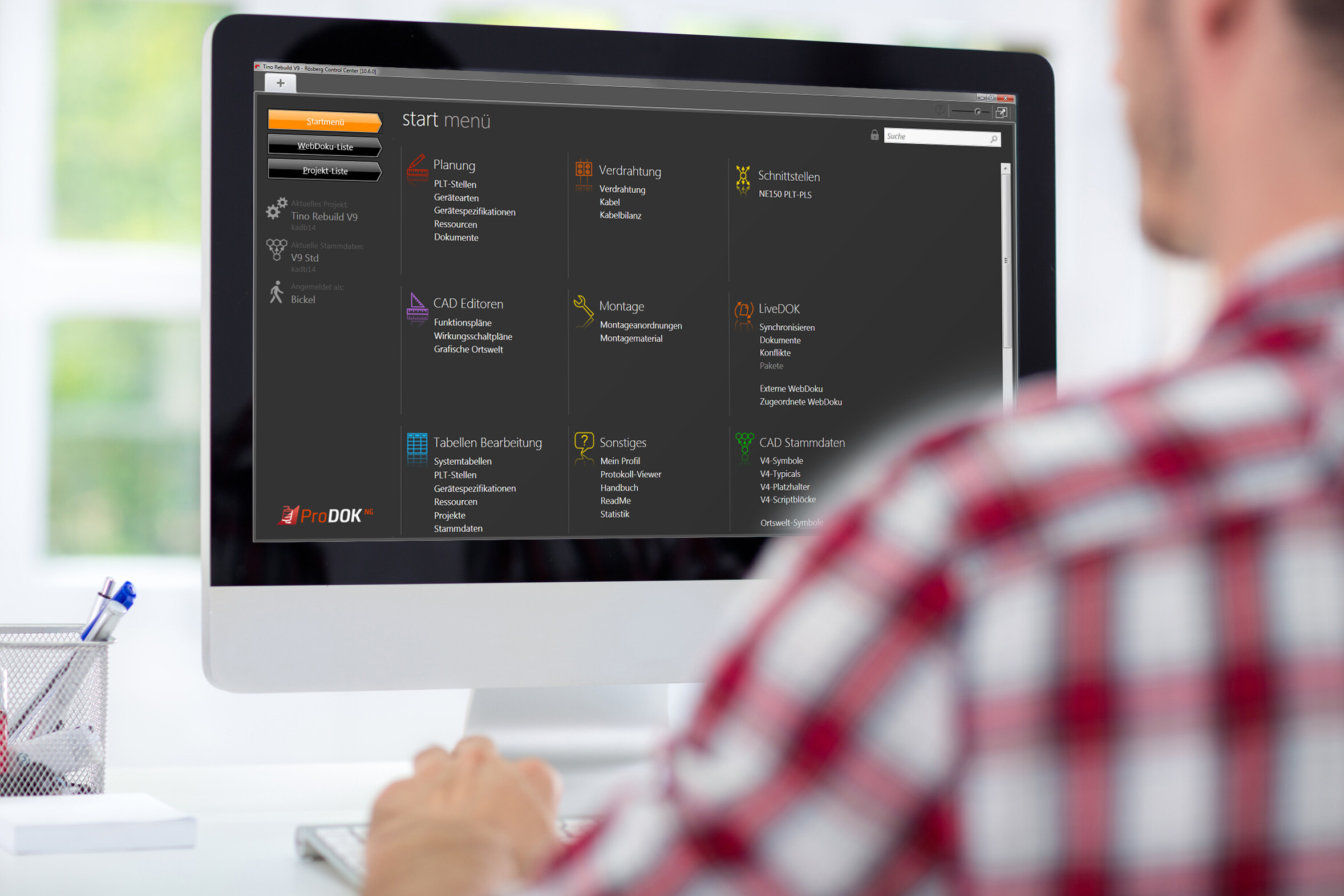 Process plants are often very extensive. Many of the plant components are interlinked and their functions coordinated. People who work in this area of plant construction know that there is generally less effort and expense involved in building a new plant, rather than adapting the existing one to meet new requirements. However, this kind of renovation work becomes necessary time and again, sometimes on a small scale and sometimes as a more extensive project, as was the case in 2019/2020 at BASF Schwarzheide GmbH. Despite the numerous challenges – and the restrictions imposed by the Corona pandemic and its consequences – the new and renovated production reactors went into operation again right on schedule.

With its construction of a new TDI plant in Ludwigshafen (TDI – toluene diisocyanate), BASF decided to stop production of this chemical in Schwarzheide (see Company information 1) and shut down parts of the TDI plant there. This was one reason why some sections of the works, situated in the Lusatia area north of Dresden, were out of action for just under ten weeks in summer 2020 – the time was also used as an opportunity to implement various conversions and new construction projects. Because the TDI plant is interlinked with the infrastructure of the works and with other production chains, as well as decommissioning and dismantling this involved extensive conversion work.

Planning and engineering of electrotechnology and automation

To realize this complex project BASF cooperated closely with various external planning and installation enterprises. The engineering of the automation technology was entrusted to Rösberg Engineering GmbH, the process automation specialist and manufacturer-independent system integrator (see Company information 2). The automation experts took on the engineering of documentation and assembly documents for electrotechnology and automation. They also optimized the logic diagrams for programming, drew up intrinsic safety (IS) certificates, wiring diagrams and detail and basic engineering. Christian Pöschke works as Head of Engineering Service Schwarzheide at Rösbergand took on the project management on their behalf. He comments: “We carried out numerous as-built surveys on the spot, to get an overview of the present state of the plants. Comparing the existing documentation with the as-built state was very important in order to be familiar with the present situation and use it as a basis for planning. If any unclear points arose, we clarified them with our customer. But good communication was also necessary in the other direction to ensure that installation went as smoothly as possible and could take place without hold-ups. It was an advantage for the project that BASF has been cooperating with the automation experts for many years now and that Rösberg, as well as its local branch office, also maintains its own office on the plant premises. Not only have the automation experts provided BASF with the CAE engineering tool ProDOK (see Technology information) – Rösberg also has long-standing, positive cooperations with the various different BASF locations, and consequently is closely familiar with BASF’s various standards and requirements.

Planning for the automation in this large-scale project began early in 2019. A few figures will serve to illustrate the size of the project: more than 50 items of machinery were moved to new positions, more than 1000 I&C devices were connected and more than 300 pipelines were laid. These sheer quantities alone already represented a challenge. But the fact that the different sub-projects of dismantling, conversion and new construction were all interlinked generated an enormous degree of complexity, meaning that it was essential to retain an overview at every point in the project – even more so when unforeseen problems suddenly cropped up and plans had to be changed at short notice. Even small changes affected many other project areas, and thus sometimes had big impact on planning. Due to the many parallel but interlocking projects, the necessary effort invested in coordination and communication was enormous.

However, another of the project’s main challenges is not reflected in these figures. Pöschke explains: “In many places, the current documentation status had to be checked against plant reality. So before we could make a start on planning and on clarifying which parts of the plant were still needed and which were to be dismantled, there had to be a detailed check of the documentation” – because before any dismantling could take place, the question of which parts of the TDI plant complex would still be needed in future had to be reliably disentangled.

Moreover, the time window of ten weeks for the conversion did not exactly give much time to spare. And the active conversion phase coincided with the height of the Corona epidemic in spring 2020, meaning that appropriate rules had to be observed on the building site. “In fact it wasn’t so much the aspect of Corona that influenced our planning as the trades involved”, Pöschke recalls. “One challenging organizational aspect was that depending on which stage we had reached in the project, between three and ten of our people were needed in our work area. Thus great flexibility was needed here, and the concept we introduced several years ago, of bringing in colleagues from our other German locations as required, proved effective once again.”

Any plant is only as good as its documentation

Our experience with the conversion demonstrates once again how important it is to have correct plant documentation. This equally concerns conversion projects and reliable operation. Basically, a project in the process industry only counts as completed once the as-built documentation has been handed over to the customer. Here it was an advantage for the automation experts that BASF in Schwarzheide works with the PLT-CAE-System ProDOK NG for documentation. The system was developed by Rösberg in-house, using the input of its extensive project planning in process engineering. Pöschke sums up: “As the tool is used consistently throughout planning and implementation, hardly any additional effort for documentation is needed after the end of the project. All the plans, installed components and necessary documents are recorded in ProDOK NG during planning and realization and they are available immediately after the project is finished. This means final completion can take place sooner.”

Modern process plants can only be effectively operated if the data from the engineering phase are also available for operation, maintenance and modernization. As-built plant reality has to reliably match the documentation at all times. Only if all data are consistent can costly new entries and the unnecessary use of engineering resources be avoided. This is exactly where the I&C-CAE system ProDOK comes in. It ensures an integrated planning process with unified rules. Because all the data are collected and exchanged within the same system, there is no more trouble with tiresome data transfer errors. Functions include basic planning, detail planning, functional planning, electrical engineering, process technology in the area of piping and instrumentation, implementation planning and installation planning for new construction projects, plant alterations and extensions, as well as operational support. Thus support covers the whole life cycle of the plant. By its continuous, consistent documentation ProDOK ensures that the documentation really does reflect plant reality at all times. The result is a significant improvement in quality and efficiency, plus substantial savings in terms of time and costs. Security of investment is ensured by wide acceptance of the system in the process industry and the use of state-of-the-art software technology.

As a reliable partner, BASF Schwarzheide GmbH helps its customers to achieve success with intelligent system solutions and high-quality products. BASF’s expertise and experience helps companies that wish to benefit from the many synergy effects of an advanced chemicals production site. A dozen companies that have established their operations on site already make use of these synergies. Companies can benefit from services or complete service packages.

BASF Schwarzheide GmbH promotes the region on a permanent basis and adopts a socially responsible approach to business. Pivotal in the economic structure, the company fosters favorable development in the surrounding area.

More information on the Internet at www.basf-schwarzheide.de

Today RÖSBERG is an internationally successful automation engineering company and developer of software solutions. Its scope includes basic and detail engineering for the automation of process and production plants as well as the configuration, delivery and commissioning of distributed control systems. Rösberg also has extensive project planning and user experience in the implementation of safety-related controls, and is an expert in functional safety.RÖSBERG also offers sector-specific software solutionsin the area of information technology. The I&C-CAE system ProDOK NG has enjoyed international success for more than 30 years now. Together under the name of Plant Solutions, ProDOK NG, the digital plant documentation system LiveDOK NG and the Plant Assist Manager (PAM) support plants throughout their operation, from planning, construction and commissioning through to modernization and expansion, to decommissioning.