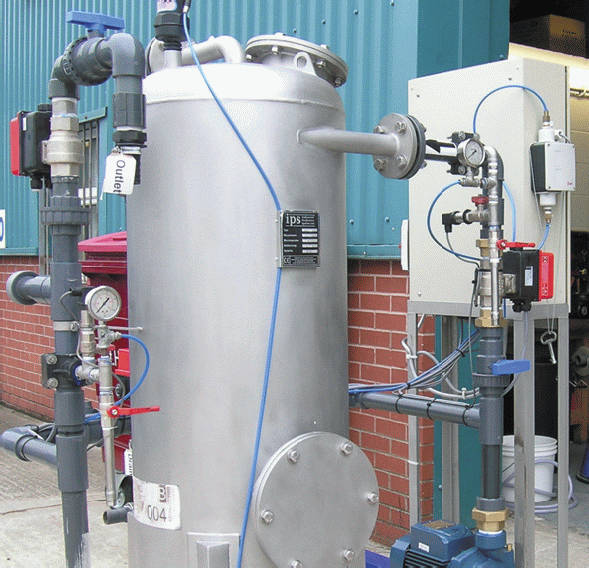 With the water quality in a thermoset cooling system causing a number of problems for a manufacturer of plastic piping systems a more effective filtration system needed to be found. Steve Cupples, managing director of Industrial Purification Systems, describes how the installation of a Crossflow AMF has solved the problems and is helping the company begin to make both energy and production savings

A European manufacturer of plastic piping systems uses a method called thermosetting plastics for the manufacture of products for residential, commercial and infrastructure sectors. The whole process is very much an exacting one with the ability to cool the thermosets playing a vital part in total plant capacity. This is a high temperature moulding process whereby product is manufactured at temperatures above 200°C.  The cure or cooling time required to achieve physical stability therefore dictates production capacity.

By applying chilled water through fine cooling tracks found in the moulding head the thermosets can be hardened quickly. If this cooling system blocks or becomes fouled for any reason the thermosets take longer to harden which effectively slows down production. In reality this could translate into a slow down of just 10 seconds. However if you multiply this slow down across an entire production line, it could seriously affect production capacity and the bottom line.

In this particular instance, the maintenance team had been trying to control a number of issues with the closed loop cooling system which was not only displaying discolouration through red deposits, but had become a breeding ground for bacteria.

The maintenance team was mainly concerned about the dreadful water quality in the cooling system which was giving out an unpleasant odour. A continuous programme of chemical treatment to kill the bacteria had been put in place, but this was causing a build up of dead bacteria, the resultant slime consequently blocking the system. Production then had to be stopped for cleaning purposes. As this was a repeating cycle of events it was causing a lot of problems. The issue was not necessarily to do with wastage of product but more to do with wastage of time. 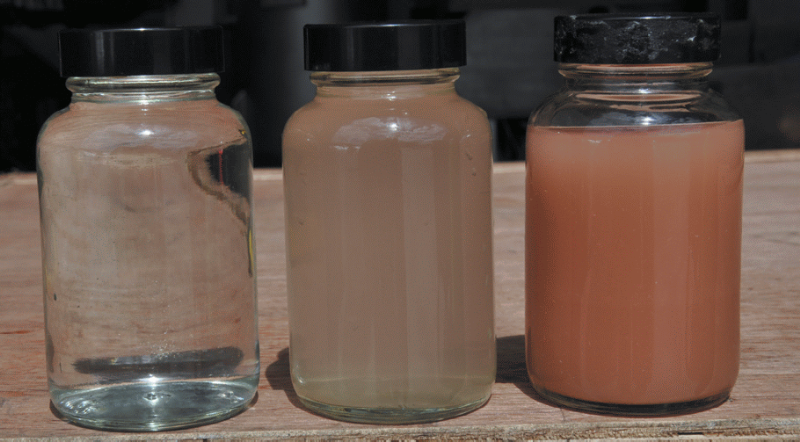 A SpinClean filtration unit was already in place but it was not capable of handling such a problem. IPS therefore  recommended the installation of its high efficiency media filtration technology called the Crossflow AMF, which was fitted as a side stream filter during the summer months.

The maintenance team were expecting quite a large piece of technology to be installed for the type of problem they were experiencing, which necessitated having to cope with a cooling system operating across 30 machines in the moulding shop. They were surprised at how compact the filter actually was and how easy it was to install.

The effects of the filter were seen quite quickly with clean water established within 3 to 4 weeks. This meant that there were savings to be made against the reduction of chemical use, but the real savings were on the cycle times. The build up of slime had been affecting the cooling capacity thereby extending curing times; by cleaning up the water the flow rates increased, stoppages for cleaning time were reduced  and production speed on the moulding machines could be maintained at original levels.

The maintenance team had also received complaints about having to stop the machines and clean them out. Since the installation of the CrossFlow AMF these have stopped.

Aside from the better working environment, it is too early to establish other benefits.  However, from experience IPS believes the company will see an improvement in energy savings, and with maintenance down time now practically non-existent there should be a quick return on investment. 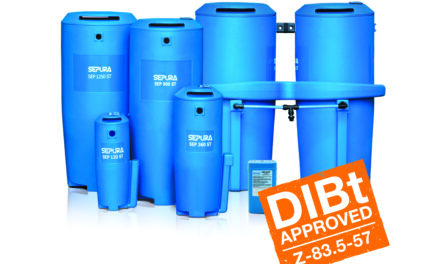 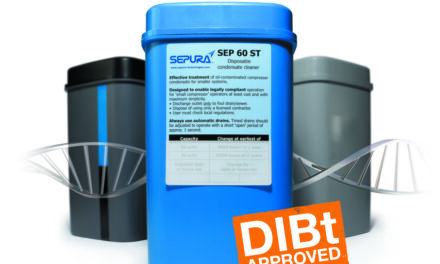 The small but mighty SEP 60 separator

The Junior member of the filtration family