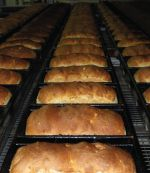 In addition to their well-known uses in saving energy,   variable-speed drives are also sophisticated control elements in their own right. Neil Ritchie, from ABB, looks at the functions plant managers are coming to rely on

For a long time, variable-speed drives (VSDs) have been promoted for their contributions to energy efficiency and rightly so, as they are among the most effective ways to cut the costs of running electric motors, the largest users of energy in industrial applications.

Yet initially, VSDs were mainly valued for their ability to improve process performance and for many users this remains a primary reason for using them on their applications. Many industrial users have come to see VSDs as a pillar of their quality and safety policies, while expecting more support from the VSD vendors.

An example is The Village Bakery, which is making a 10% saving in tin greasing agent by employing a VSD on its depositing line. The company had problems with its previous drive, which was slow and inaccurate – the machine had to start spraying the greasing agent before it ‘saw’ each tin. With the higher accuracy of the new drive, more of the greasing agent is deposited in the tins, cutting wastage.

The VSD also optimises the speed of The Village Bakery’s conveyor to match the size and throughput of different baked products more accurately. In this case, the unit is programmed with four different speeds, leading to savings of around 25% in the running costs for the line.

VSDs have some capabilities that would be hard to replicate any other way. For example, crane applications might experience conditions where the rotation direction might change, but the torque direction remains the same. The ability to control torque independently of rotation is achieved by the “four quadrant drive”, which means it can drive the motor in forward or reverse, with torque direction in forward or reverse for each motor direction.

As VSDs have developed, they have become more user-friendly, giving more detailed and understandable information on their condition and operating parameters. VSD displays can now present information showing, for example, how much energy they are using. These measurements can help ensure that a plant or process is working to its optimum performance, while avoiding the extra cost of external energy measuring equipment.

Within the drive itself, increasing use of software is leading to more intelligent VSDs that can replace many of the functions of traditional PLCs, timers and counters, reducing the complexity of control systems and cutting costs. Some drives include a PID controller, so an external PID controller is no longer needed for flow or pressure control.

An example of the programmable abilities of VSDs is a control system for a crosslapper, carried out by textile machinery manufacturer Tathams. A crosslapper accepts a light weight fibre web from a carding machine and uses it to build up a heavier web in layers, known as a batt. The crosslapper overlaps the layers by means of a complex arrangement of conveyors and reversing mobile carriages that turn the material through 90°. Typical end-products include automotive textiles, industry felts and filtration media. Tathams’ TSX control system uses motion control drives and servomotors.

Specialised software can now be added to make a VSD particularly suited to pump and fan applications, including such functions as pump cleaning that keep pumps clear of debris. Diagnostic software can alert operators if the VSD detects set points or other parameters going out of limits. Process information can be checked on line or the drive can send an SMS to a mobile phone to alert an engineer to a problem.

Safety of course is an overriding concern and manufacturers are increasingly including drives as part of their safety management philosophy. Because their essential function is to control a process, VSDs can readily contribute to safe working. In the food and beverage industries, for example, VSDs can ensure that an oven is at the right temperature or that a conveyor is moving at the right speed, preventing objects falling and causing a hazard.

Today’s VSDs are also very reliable. They use fewer components than earlier drives and those they do use are based on solid state electronics rather than electromechanical techniques. As they have evolved, VSDs have come to generate less heat than their predecessors, helping to cut a source of failure.

Yet even the most reliable of VSDs needs regular maintenance to keep it in full working order and to ensure that no surprise failures interrupt production. Plant managers have come to expect that, along with excellent products, drives vendors will supply excellent support. Maintenance activities have also evolved to match this improved reliability with built-in maintenance and predictive diagnostics, backed up by a defined lifecycle management programs to avoid over maintenance and to target maintenance needs precisely. This support has come to extend from before purchase, with help deciding on which drive is right for a particular process, through installation and commissioning, preventive maintenance programs and to the end of the drive’s life, when it is disposed of carefully and recycled according to international environmental standards.

With their sophisticated features, today’s VSDs offer a wealth of functionality, allowing process engineers  to keep their energy costs in check while also providing the quality, production capacity and safety they need.

How similar can humans and robots be?

How do operations managers benefit from OEE systems?