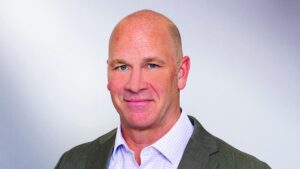 Industrial heating technology manufacturer Watlow, which specializes in electric components for complete thermal systems, has reached its 100-year anniversary milestone. The company, which was founded in 1922 in Missouri, USA, is now a global electric heating specialist with over 1,000 patents and 4,200 employees working across locations in North America, Asia and Europe.

Watlow began manufacturing electric heating elements for the shoe industry, before widening its product offering in the 1930s to introduce electric immersion heaters to replace steam pipes and fire-hazardous gas. Then, in the 1980s, Watlow expanded its global reach with the opening of sales offices in Italy, France, the UK and Taiwan.

Since its founding in 1922, the company has developed into a highly regarded industry heating technology manufacturer, holding more than 1,000 patents and employing over 4,000 people working in nine manufacturing facilities and five technology centers across three continents. Additionally, Watlow gains sales coverage in 178 countries.

The 2010s became the most productive and significant period of the company’s journey so far. Within just eight years, Watlow introduced ten new products including the F4T process controller with touch-screen technology, OPTIMAX® heat exchanger and the range of FLUENT® in-line heaters. Now, the company serves any application that may use industrial process heating such as semiconductor processing, energy generation and medical and food service equipment.

“Marking a century in business is one of the biggest achievements a company can realize,” said Rob Gilmore, CEO of Watlow. “Watlow has grown in product capability and global reach and is well deserving of this achievement. Our purpose of enriching lives through inspired innovation has motivated our team members for generations. While we are excited to celebrate this significant milestone, we are equally excited about our outlook for our next 100 years.

“I have been with the company for 34 years and have seen many positive changes. Watlow has continued to grow, while the commitment remains the same — to provide customers with superior products and services for their individual processing needs.

“I am honored to lead Watlow as we enter our next century to continue serving customers across the globe, and demonstrating how we can innovate further. To honor the milestone anniversary and jumpstart the next chapter, all Watlow headquarters will host events throughout the summer, kicking off in June 2022 with celebrations at the USA headquarters in Missouri.”

To find out more about Watlow’s products and services, visit watlow.com