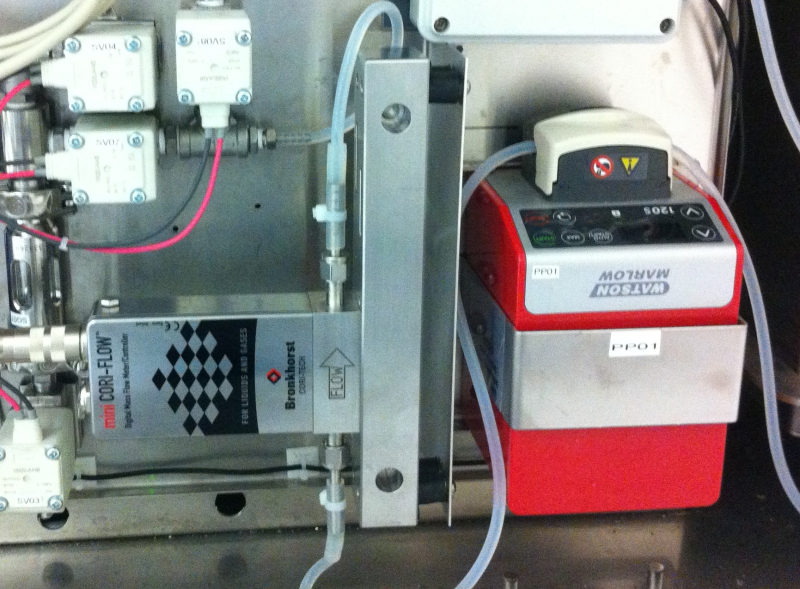 Bronkhorst UK has recently been working with a manufacturer of Dry Vapour Hydrogen Peroxide (DVHP) systems to improve the dispensing of Hydrogen Peroxide (H2O2) into containment booths within the pharmaceutical industry. The Hydrogen Peroxide is dispensed to sterilise the environment and ensure the sterilant delivery is constant and accurate.

Having successfully worked together in partnership for many years on other projects, the system builder once again approached Bronkhorst to discuss the merits of using their Coriolis range of instruments within this application.  Historically, the system builder had used a time based control method whereby a peristaltic pump was held at a fixed speed over a fixed period of time.  However, dosing errors had been identified as a result of loss of supply, causing entrapped air, and outgassing from the sterilant, causing entrapped vapour, within the tubing of the pump. With this method in place they found that the system could both under- and over-compensate by as much as 50% with resultant further performance issues and, most importantly, a compromise in the validation of the Dry Vapour Hydrogen Peroxide cycle.

Working together to define these problems, the system builder and Bronkhorst identified that by using a Mini-Coriolis Flowmeter within the system, all issues could be eliminated.  A validation study was then undertaken to evaluate the combination of technology and the instrument and the ensuing  complete success gave total confidence to include this solution within the overall design. This validation study was not completed in isolation as other manufacturers flow meters were investigated, and eliminated, in parallel. 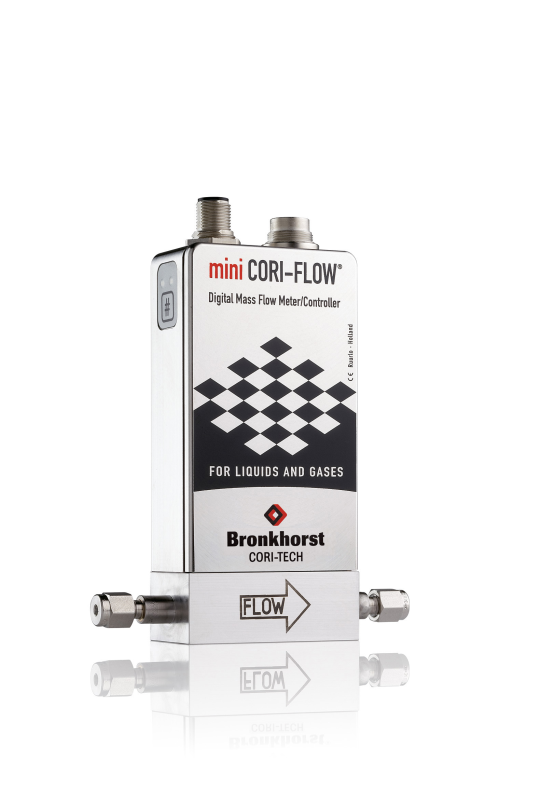 The important features that the Bronkhorst  solution provided was the ability to ensure that the flow rate remained constant even when the peristaltic pump tubing started to deteriorate and also the ability to negate any air/vapour entrapment ensuring that the actual liquid dispensed was always at 100% of that expected. Furthermore, with on-board software the system builder could both shut-down and alarm should dry running ever occur. The extensive testing proved that the overall system would provide a validated accuracy of better than +/-1%.

Bronkhorst UK and the system builder are continuing to work closely together and further improvements have already been identified. One of these is to utilise the on-board PID control function to directly steer the action of the pump. This will further enhance the accuracy and delivery of the sterilant as the Bronkhorst electronics will compensate and smooth the output from the peristaltic pump.

Labfacility are the UK’s leading manufacturer of temperature sensors