IECEx and the global outlook on explosion protection 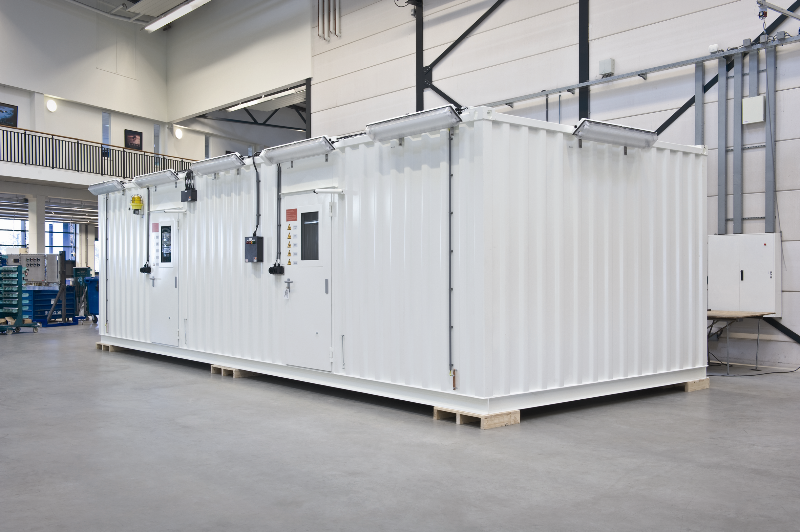 Prof. Dr. Thorsten Arnhold, head of technology at R. STAHL in Waldenburg, Germany, took over the honorary position of IECEx chairman from 2014 to 2016. Here he discusses the IECEx system in more detail.

The IECEx system pursues a clear objective: the global harmonisation of explosion protection frameworks and the corresponding testing and certification practices. Once this is achieved, a piece of equipment approved in one country will automatically be recognised as safe in the rest of the world. While this goal remains a long way off, a steadily increasing number of issued certificates shows that many market players wish to move ahead toward it. Reason enough to take stock – and take a closer look at the IECEx system’s approach: by deploying an entire range of certification schemes, IECEx seeks to achieve a maximum of safety throughout the complete life cycles of products for hazardous areas.

It is no coincidence that the IECEx system is headquartered in Australia, since IECEx certificates have been legally recognised there and in neighbouring New Zealand for some time now. In both countries, devices with the IECEx logo can be used in hazardous areas without any further tests or approvals. Moreover, IECEx-certified service providers are officially authorised to carry out maintenance and repairs of these components and systems. This works just fine and nobody feels the need for additional local inspections and approvals. However, it seems like this exemplary arrangement needs to shine a little longer until the practice gains a greater foothold: other countries of the world, especially the major economies, keep insisting on their established regional or national certificates.

Just as good, or even better?

The IECEx system for safety in explosion protection was initiated by the International Electrotechnical Commission. It relies on the international standards laid down by this non-profit organisation, which was established more than 100 years ago. Long-established structures are persistent, as evidenced by the national and regional explosion protection regulations that coexisted even before the IECEx system was created – even though they were in effect very similar, if not identical. From a technical viewpoint, it is obviously hardly necessary to design key features of a device differently to gain ATEX approval in Europe on the one hand and a UL or FM certification in North America on the other. On top of that, Europe has now actually demonstrated that substantial obstacles to standardisation and consolidation are far and few between – after all, ATEX has successfully integrated the national explosion protection domains. When the IECEx system was conceived in the mid-1990s, it was supposed to follow in these footsteps, albeit on a larger, global scale. The system’s current, fully developed scope, however, has only been achieved after approximately ten years of ongoing development. One might say the endeavour turned out to be a case of “Thinking Big”: as the goal was a new, globally uniform explosion protection system, its proponents seized upon the opportunity to pursue safety from a far more comprehensive perspective than existing systems. When this ambition only gradually took shape and seemed to shift again and again, some confusion ensued among those who did not closely follow every step of IECEx development. The initial introduction of a certification scheme for products was soon followed by another, altogether different scheme, and then even a third one, which again seemed to take off into a different direction. That gave rise to an understandable concern: would this IECEx system be perpetually expanded until nobody would know their way around it anymore? However, with its three-pronged approach, the system is now essentially fully formed. A closer examination also reveals that it is indeed quite clearly structured.

Established explosion protection regulations solely focus on the product – a piece of electrical equipment that is used in hazardous areas. It is tested, certified, and can then be installed and put into operation. This is the full extent of standard certifications for explosion-proof equipment. The IECEx system, on the other hand, goes beyond this narrow, product-centered approach and systematically integrates processes, institutions, and individuals into safety considerations as well. For that purpose, IECEx addresses several categories. Only one of these concerns the hardware – the “IECEx Equipment Scheme” for the certification of devices, which has now already been established for some 15 years. A few years ago, certifications of repair facilities (“IECEx Certified Service Facilities Scheme“) and of the personal qualifications of explosion protection experts (“IECEx Certification of Personnel Competencies“) were added to complement the system. Creating uniform standards to facilitate the choice of a qualified, reliable service provider for maintenance and repairs has become a more and more pressing concern, since it has become very common practice throughout the industry to outsource such tasks to external partners. Up until now, the Service Facilities Scheme certifies companies that offer device selection and project planning services, perform the installation and original inspection of a plant, and offer testing and maintenance during operation. A certification scheme for service providers that offer zone classifications is currently in the making. At “Service Facilities”, staff competencies, technical equipment, and quality management systems are examined.

Not yet a passport, but an entry permit

The goal of making the IECEx certificate a passport of sorts that enables a product to directly access all markets has unfortunately not yet been accomplished, unless a device’s destination happens to be Australia or New Zealand. Manufacturers of globally distributed explosion-proof equipment therefore must still tackle multiple approval processes. Nevertheless, IECEx has already brought about significant improvements: Test Reports (TRs) according to the IECEx system now pave the way for abridged procedures to obtain national certificates: once all tests of a product are performed and are documented in an IECEx Test Report, this forms the basis for awarding national certificates without re-testing in the 31 member states of the IECEx system. This considerably speeds up the process. The other certification schemes are also beginning to take hold in many countries, as accounts given at the new regional conferences have shown, e.g. most recently in the case of Malaysia. After Dubai and Kuala Lumpur, the next conference in Gdansk in Poland will feature reports on experiences in the field in Europe. At the last count, more than 16,000 products have received IECEx certificates. Certifications for repair facilities were first issued five years ago and are continuously becoming more numerous. The most recent scheme, the Certification of Personnel Competencies, has also seen very solid growth. The multi-stage testing process includes theoretical exams as well as practical tasks that must be mastered in a realistic testing environment. Within the first two years of these complex competence tests, more than 400 certificates have already been issued.

components and systems, the need for information among users of the IECEx system has multiplied as well. An online database containing all valid certificates and licenses is therefore available at the IECEx website to enable users anywhere in the world to verify data at short notice. The database comprises approved Certification Bodies, manufacturers of approved explosion-proof equipment, certified, competent skilled personnel for work in hazardous areas, and suitable certified service providers. It is possible to quickly check the marking of explosion-proof equipment, review details in certificates, and consult installation requirements of explosion-proof equipment. Users can also scrutinise the specific qualifications of skilled personnel. In order to provide for even more flexible access to this database, a free-of-charge app for mobile devices is available as well.

– Unlike ATEX, IECEx not only certifies products but also service providers and specific personal skills of staff working in hazardous areas.

– While ATEX requires a manufacturer’s declaration for category 3 products in zone 2, IECEx requires a fully-fledged certification issued by an independent Certification Body.

– All IECEx certificates can be viewed and verified online free of charge.

Safe evacuations in the dark 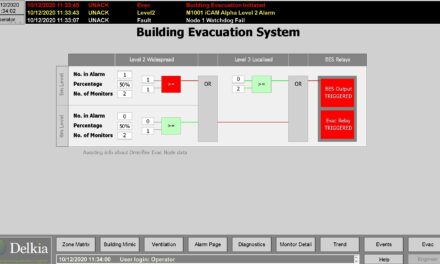