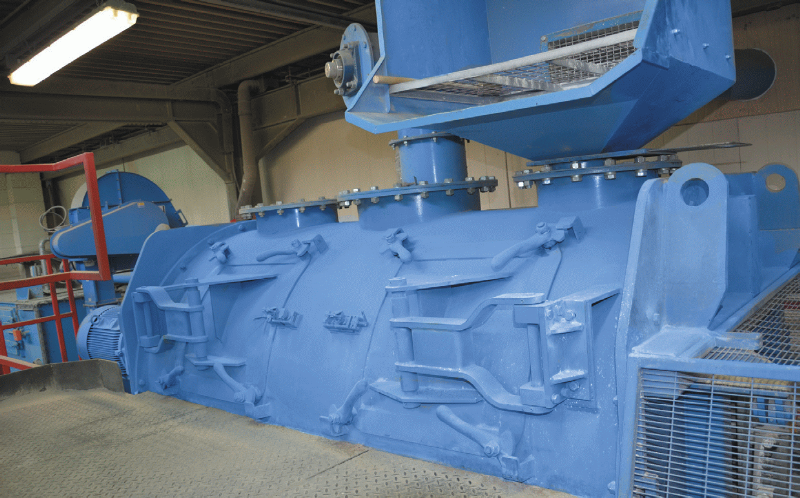 In order to keep up with demand, Flowcrete UK is using a Delta Blade (Plough type) mixer from JR Boone to mix 3.36 tonne batches of cementitious flooring products

High demand for its product meant that resin and cementitious flooring product manufacturer Flowcrete UK needed to increase capacity at its site in Sandbach, Cheshire. In order to meet demand, JR?Boone recommended that the existing mixer be replaced with a Delta Blade mixer; an efficient unit with a blade profile that gives a high shear, completely fluidising the blend for a short mix time.

Neil Phuler, Flowcrete’s resource manager, said:  “We immediately felt JR Boone was an engineering company that we could work with. The business met criteria that we set internally of finding local suppliers to help the local economy who also possess the skills and experience to provide a quality product that is reliable and affordable. We spent a lot of time prototype testing; making sure that we had the confidence that our product could be taken from a test mixer (224kg batches) located at JR Boone’s Congleton site, to the full 3360kg batch size.”

Size constraints within the Sandbach factory meant that a further challenge was to install the new equipment in the same footprint as the old mixer. Boone’s Horizontal Delta Blade Mixers (HDBM) have short L/D aspect ratio, which helped them with this and the discharge from the mixer is via a ‘bomb door’ allowing almost instantaneous discharge from the mixer, and meaning that the mixer is immediately ready for the next batch of product.

Phuler commented: “With the new mixer, the new plant is performing exceptionally well. With the old system a batch was taking up to 45 minutes to complete and we could only have a single batch in the system at any one time. We now have a 10 minute cycle time and up to four batches in progress simultaneously, which has allowed Flowcrete UK to increase production from 8500 tonnes per annum to in excess of 20000 tonnes per annum; all achieved with no changes to the building or staffing levels and generating a very rapid return on investment.”