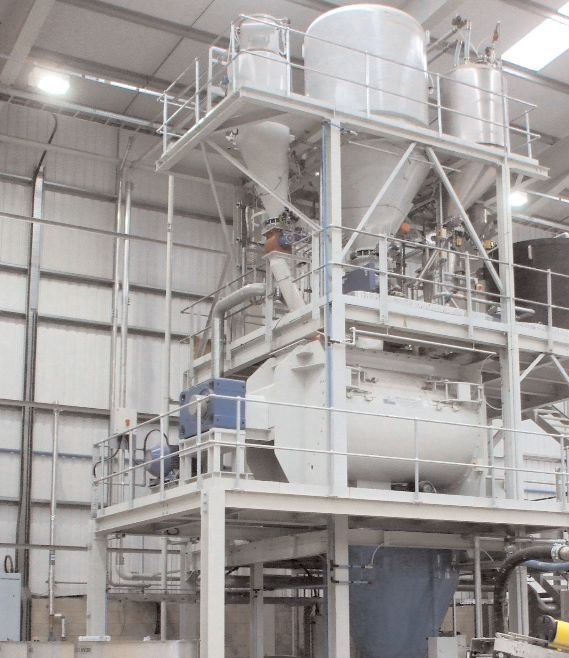 As one of the leading independent manufacturers of specialist cements, adhesives and grouts for the highway maintenance, streetscape, commercial flooring and contract tiling markets, the company expresses that it places great demands on its mixing plant. When the time came to move to its new purpose built production facility in Tamworth, Staffordshire, upgrading the existing machinery was top priority.

For a number of years the organisation used a 2000 litre paddle mixer, which became unable to produce such sizeable quantities to their ever-increasing high standards. Therefore a 4000 litre helical blade (ribbon) mixer from J.R.Boone of Congleton was used, which doubled the size of batch production while at the same time was said to have produced consistently reliable results.

Paul Evans, plant manager said: “After we put the plans together for the new factory we started looking at different suppliers of kit. At one trade show we got in conversation with Chris Boone on stand who claimed he could provide what we were looking for.

“He gave us some references that couldn’t speak highly enough of his products and service, so we carried on from there.”

The mixer is designed to deal with adhesive pastes having a bulk density between 1.3 and 1.6 tons/M3, and viscosities ranging from 3000 to 6000 CP. Maximum batch weight is 6.4 tons, with a typical cycle time of around 30 minutes. All contact parts are fabricated from 304 stainless steel. 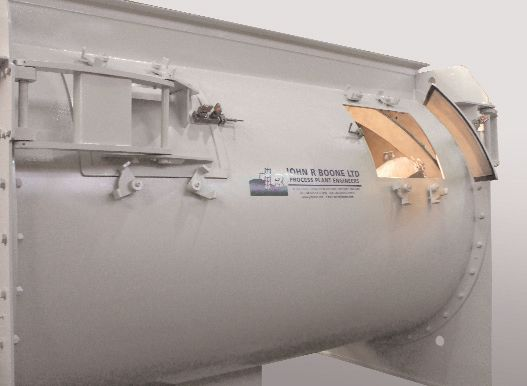 The unit is free standing, consisting of a semi-omega trough with flat ends on which are mounted outboard bearings carrying an interrupted double helix agitator; adjustable packed glands seal the agitator as it passes through the ends. Located on the side of the trough are two hinged cleaning/inspection doors with quick release clamps and code key safety interlock bolts. Discharge is provided by a pneumatically operated NDP outlet valve. In producing the unit, J.R.Boone drew on its immense experience in constructing mixers for all kinds of applications to a worldwide customer base. Industries served include food, construction, minerals, chemicals, metallurgical and pharmaceutical.

Moving with the times