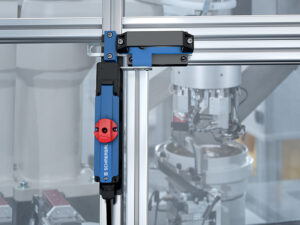 Wuppertal, 19 May 2022.  With the new practical DHS-150 door handle system, the slimline AZM150 solenoid interlock from Schmersal is now even easier to use. The ergonomic DHS-150 avoids the need for a separate door handle and is suitable for machine enclosures or fencing and for all standard aluminium profiles with a width of 40 mm. The robust door bolt is particularly useful on heavy swing doors and in for use in harsh environments.

One benefit of the new accessory is that the actuator is pre-positioned by the bolt in the DHS system, thus ensuring its optimal insertion into the device. This gives the system stability against lateral forces. In the event of lateral forces on interlocks that cannot be overcome, the safety door will not be opened – thus causing delays in the production process. In this regard, the DHS-150 door handle system, in conjunction with the AZM150 solenoid interlock, contributes to improved system availability.

In addition, the DHS-150 door handle system is also equipped with an integrated locking device (LOTO). This locking tag function protects operating staff from mistakenly being locked inside larger, walk-in systems and machines while they are performing servicing and repair work. The locking device ensures that the door of the protective device cannot be closed and unintentional machine start-up is prevented.

The AZM150 solenoid interlock has an interlocking force of 1500 Newtons and is characterised by a slimline, space-saving design. In addition, it can be combined with three different actuators for different attachment situations. A positive of the interlock is the rotating actuator head which can be locked with ease by simple placement on the cover, rather than being bolted into place. The rotating actuator head with its two insertion slots enables various installation positions and actuating options and makes the interlock particularly versatile in use.

The AZM150 solenoid interlock is electromechanical in design and can be combined with a high safety standard: the interlock is supplied with a low coding level as standard, or optionally with a high coding level in accordance with ISO 14119. The DHS-150 door handle system can be used with the B1 straight actuator for the standard version as well as for the individually coded version. The B1 actuator is supplied with the high coding level version of the device, but must be ordered separately for use with the standard version. 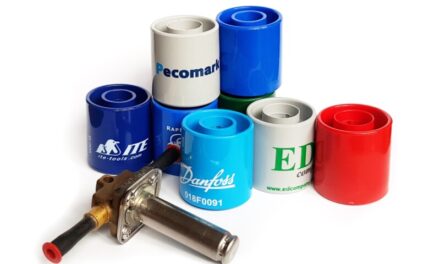 Solenoid Valve Operating Magnet – The tool with a big attraction! 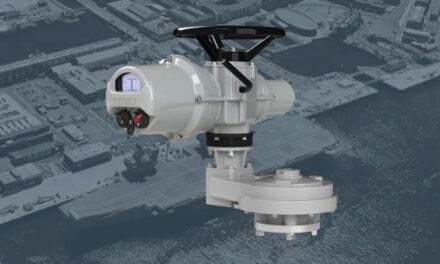