Out with the new, and in with the old 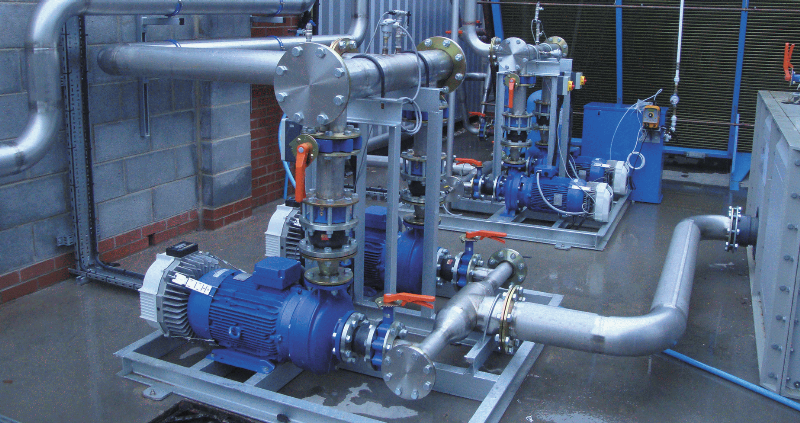 When it comes to making energy savings, cutting costs and carbon emissions significantly and quickly can be achieved by focusing on cooling systems.  Process cooling constitutes up to a tenth of total energy consumption in a typical food plant – and it’s not hard to see why, when you consider that an average ten-year-old chilled water system with installed power of 275kw, working on 50% load, will cost around £75,000 a year to run.

The good news is that with an objective yet creative approach, cooling costs can be reduced by between 10 and 80%, saving thousands – if not tens of thousands – of pounds every year. Better still, fast payback periods are achievable with relatively low investment.  Here are five alternative strategies to cost-effective energy reduction in process cooling:

Before thinking about more complex upgrades or system modifications, ensure that the incumbent system is well looked after by adhering to a strict maintenance plan. The Carbon Trust estimates that regular care can reduce the annual running cost of a chilled water system by 10% every year, by improving efficiency and reliability.

It’s worth paying attention to several key areas, such as making sure the condenser fins are clean and show no signs of degradation, and checking whether there is any scale build-up on the evaporator water channels. Also look for any signs of leaks or wear on the refrigeration system’s flexible connections, and keep an eye on water quality and any interconnecting pipework.

Redundant equipment and spare capacity are common by-products of organic change within a plant, and can range from pipework and valves to entire chillers. Before thinking about new kit, it’s worth considering whether this equipment can be re-purposed with small-scale modifications, or whether the plant could be reorganised and centralised. This strategy will reduce investment costs, and also minimise the carbon-footprint of upgrading.

For example, Closures, a manufacturer of In-Mould-Label cream pot containers and lids, required an extension to their three-factory plant. Factory 3’s cooling system was expanded by adding capacity from two stand alone chillers in Factory 2. The existing adiabatic cooler was then upgraded and a heat exchanger retro-fitted. Pipework from factories 3 and 4 was installed in Factory 2, releasing the remaining stand alone chillers (which were then sold). Finally, the chillers in Factory 1 were centralised and the redundant air blast cooler from Factory 3 was retro-fitted for free cooling. As a result Closures are saving in excess of £50,000 per year.

Money’s in the air 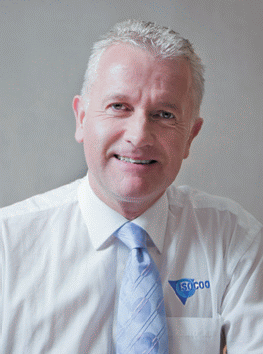 As far as cooling is concerned, British weather – with its long spells of cold temperatures – provides the ideal conditions for energy saving. This is because free cooling technology, such as air blast coolers, are designed to take advantage of low ambient conditions by pre-cooling water returning from the process before it reaches the chillers. As the ambient temperature drops, intelligent controls reduce the load on the compressors, and switch them off altogether when the ambient reaches a certain point. The result is up to 100% direct air cooling.

Actual energy savings achieved using free coolers will depend upon the location of the plant and the process temperature required. However, a site based in the Midlands with a process temperature of 18°C could expect to benefit from partial or 100% free cooling for around eight months of the year. Payback periods are typically 12 months to 3 years.

This can be illustrated by an application at Logoplaste’s hole-in-the-wall operation in Essex, which provides Cravendale 2l milk bottles to Arla Foods. As part of a cooling system upgrade project, Isocool installed an air blast cooler to provide a source of free cooling when ambient conditions are low.  In the first two months of system operation (January and February), Logoplaste saved 40,000kW and approximately £3,600 in fuel costs.

Don’t let the money drain away

Evaporative cooling towers are  popular within the food industry, but the rising cost of water means they are no longer quite so economical. Closed-circuit adiabatic dry coolers, such as the ADCooler from Eurochiller, recycle water, rather than lose it to the atmosphere. They also reduce health and safety issues (such as Legionella) by eliminating air contamination, and also prevent limescale. As a result, savings can be achieved on water, management and maintenance.  Most adiabatic dry coolers can be easily retrofitted on to existing systems, and significant cost-savings lead to fast payback periods.

Out with the old…

If replacement is the best option for your chiller, the new generation has a lot to offer in the way of energy savings. Features to look for include integrated free cooling, electronic expansion valves which reduce energy input, and variable speed designs. Chillers with the latter use inverter controlled compressors and fans to automatically adjust the load on the chiller according to what is needed, avoiding wastage.

No two cooling systems are the likely to be the same, and a little creative thinking could save time, money and reduce environmental impact.