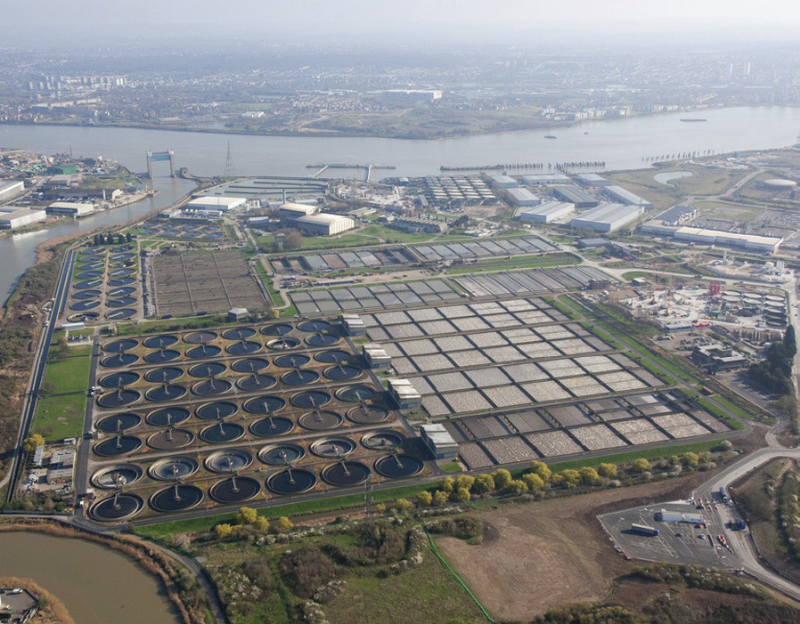 Problem: Thames Water wanted to reduce energy consumption by about 10% in its compressed air blowers at the Beckton sewage treatment works. Oxygen is used to break down organic matter by injecting it in the form of compressed air into the sewage. However, parts of the site date back to the 1960s and previously included no instrumentation to match the supply of compressed air to the variable oxygen demand of the sewage.

Solution: Dissolved oxygen meters from ABB form part of a new control system designed to optimise the amount of compressed air used to treat the sewage. There are 28 systems in total, made up of 16 AX480 single-input analysers and 6 AX488 dual-input analysers. The systems are controlled from a central computer using on-board Profibus communications. Simple to install and safe to use in harsh environments, the analysers require minimum maintenance, so are suitable for use in automated control schemes, such as the installation at Beckton.

The AX48x instruments enable continuous measurements of one or two dissolved oxygen points with simultaneous local display and retransmission. The Ax400 Series analysers are available for either wall-, pipe-, or panel-mounting, and are rated to IP65. All versions are supplied with two, fully-isolated current outputs as standard, which can be assigned to the measured parameter, sample temperature or any appropriate calculated variables.

Operating with dual inputs, the AX488 can monitor two continuous measurements, reducing initial expenditure, saving space and minimising installation costs. The new control system is part of a £190 million update that will enable the site to treat up to 60% more sewage by March 2014.