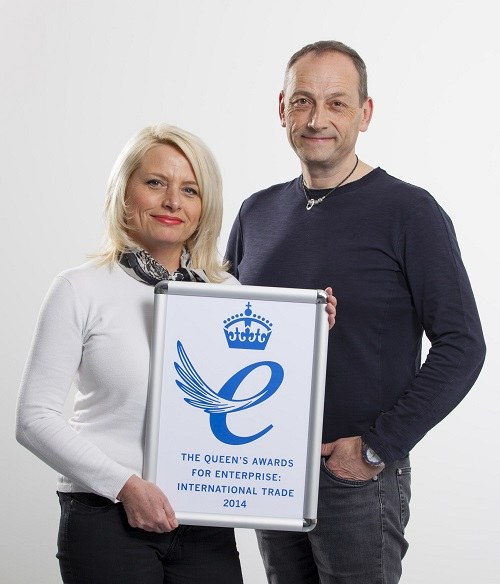 Marco, the UK based technology company, have won a Queen’s Award for Enterprise for outstanding business achievement in International Trade. The award represents one of the highest accolades that a UK business can receive, and two representatives from Marco will be invited to Buckingham Palace later in the year for a special reception honouring the winners.

The award recognizes the successful implementation of the business strategy over the last three years to focus on export markets with the objective by 2015 to have over 60% of all sales coming from overseas territories.

The timing of the award also coincides with Marco’s expansion plans, which will see the company’s UK headquarters move to larger premises during the summer. Such has been the recent growth for Marco, especially in the fresh produce area, that the company has out-grown its current premises in less than a year.

Marco’s managing director Mandy Hart is justifiably proud of the company’s achievement: “This is a fitting reward for our staff and management team, who have worked extremely hard to develop our international business over the past five years.”

Marco was established in 1985 and employs R&D, production, sales, marketing, software and support teams in its offices and manufacturing facilities across its three sites within the UK. The company design, build and install equipment and software that make fresh produce pack houses and food manufacturing environments more productive, efficient and profitable with a proven track record of increasing productivity by 30% or more. These systems are installed worldwide and recent examples of successful export markets include Spain, France, Italy, Kenya, South Africa, Chile, Guatemala, and the US.