‘Sine’ up to low shear pumping 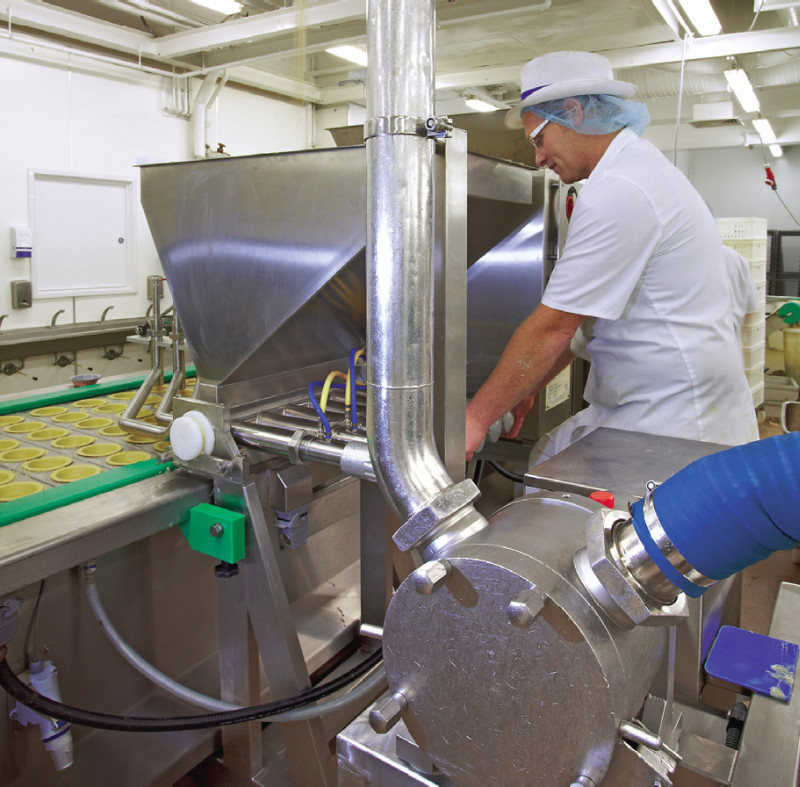 One of the biggest issues faced by process plants is how to deal with liquids that change their viscosity when moved. Probably the best examples of shear sensitive fluids include paint, which is shear thinning in that it decreases in viscosity as it is stirred, and a corn starch and water mixture, which is shear thickening – someone could probably run across its surface but would slowly sink if they stopped.

While most engineers claim to understand shear, many struggle to define it. When it comes to fluids, shear is defined as relative motion between adjacent layers of a moving liquid. Other examples of shear sensitive fluids include pigments, polymers, latex solutions, slurries, ketchup, shampoos and creams. All require special consideration during pumping. 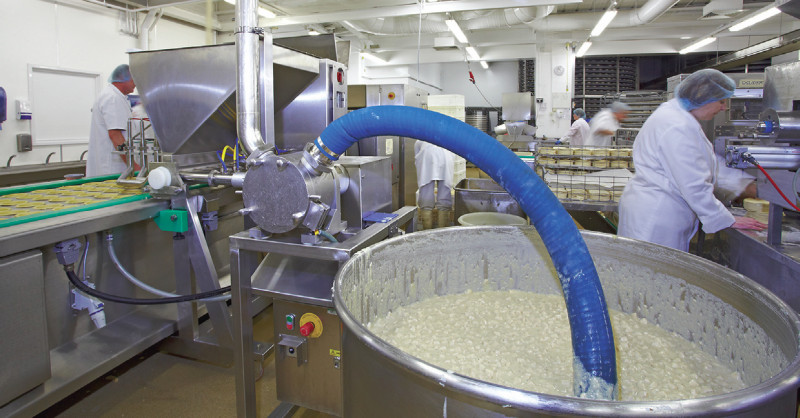 The problem is that some shear sensitive products can be temporarily or irrevocably damaged by shear, while for food-based products, maintaining integrity is vital for quality and brand reputation. All these factors call for a low shear pump.

Sine pumps are widely regarded as being the best low shear option,  because very little of the liquid is actually being sheared. Only a small percentage along the OD of the pumping elements is experiencing maximum shear rate. Also, speed is key, which rules out traditional centrifugal pumps.

Runcorn-based AAK Foods, pumps fluids ranging in viscosity from thin dressings to coarse grain mustards. The company recently replaced ageing progressive cavity pumps with a MasoSine SPS4 sine pump to transfer product from IBCs to depositor feed hoppers on its filling lines. AAK required a gentle acting pump so the particulates within its foods were not destroyed in the transfer process.

Pukka’s meat mixture, which includes steak and kidney and chicken and mushroom, is rich, thick and full of chunks and must not be damaged. The MasoSine pump suction lifts the mixture from a mixing bowl up to a depositor feed hopper without compromising product integrity.

“We need to retain sizeable pieces of meat to maintain the necessary quality levels our customers expect,” said  maintenance manager, Simon Kemp. “Fortunately for us, the large pumping chambers within the MasoSine SPS pumps preserve and maintain product integrity, even for fragile product such as pre-cooked meat or chicken.”

Similarly, customised food manufacturing machinery specialist, Delta Food Systems, has worked in partnership with Watson-Marlow on the implementation of a pumping production station designed to transfer viscous meat mixes for savoury products such as sausage rolls. The mix contains solid particulates up to 30mm.

“I had built similar machines previously that were based on a tri-lobe pump,” explained technical director, John Pratt. “However, the handling capability is quite harsh and this can lead to shearing problems where it breaks the material down. Furthermore, tri-lobe pumps don’t offer an even flow – the mechanism is more geared towards pulsing.”

For these reasons Delta Food Systems selected a pulse-free MasoSine SPS 2.5 pump, which is capable of displacing an even volume with each revolution. “The MasoSine pump is one of the best on the market because it doesn’t degenerate the material, even when large solids are involved,” said Pratt.

Graham Abraham, projects manager at Aeropak, said: “The pumps are used primarily to help re-circulate bulk product in mixing vessels through homogenisers – an essential process to ensure the quality of the products.”

The MasoSine pumps are also used to transfer product from the mixing vessels into bulk storage containers. According to Abraham, it was the gentle, low shear product handling capability of the pumps that underpinned their original selection.