St. Richard’s hospital laundry on course to save over £14,000 a year in energy costs following fitting of GEM steam traps 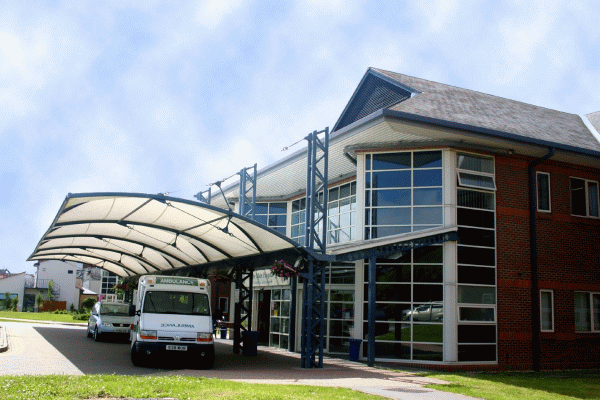 St Richard’s Hospital, part of Western Sussex Hospitals NHS Trust, is making significant energy savings in its laundry department following the installation of Thermal Energy International’s GEM venturi orifice steam traps.  The GEM traps are expected to save the hospital over £14,000 per annum in energy savings alone, as well as additional reductions in replacement traps and maintenance costs.

St Richard’s Hospital has 430 beds and provides a full range of general acute services including maternity, outpatients, A&E and intensive care.  The recently redeveloped laundry complex services the whole hospital handling a throughput of around 70,000 pieces per week. Steam is used as a primary source of energy throughout the laundry in the operation of a wide range of equipment including washers, ironers, collators and dryers.

We considered chemical treatment, but decided to also explore the GEM traps as we were also finding that a significant proportion of the laundry’s steam traps were failing. As the GEM traps come with a 10 year guarantee we thought this might prove the solution”, said Richard Harris.

Thermal Energy International carried out a survey of the laundry’s steam traps using an infrared thermometer.  This found that over 26% of the mechanical traps had failed partially open which was causing problems within the system.  From these findings, Thermal Energy International was able to calculate that by replacing the mechanical traps with the GEM venturi design, St Richard’s Hospital would be able to save over £14,000 in energy and maintenance per annum alone, providing a short-term payback of less than 2 years.

Over a ten year period the hospital has the potential to save £155,000 on gas alone based on present costs”, said Richard Harris.  “In addition, as the GEM traps do not fail, we will save money on downtime and replacement costs. A further added bonus is that the traps only have to be cleaned once a year.”

The GEM traps are also helping the hospital reduce its carbon emissions in line with the Trust’s Carbon Management Plan, which commits the Trust to reducing its CO2 emissions by 16% between 2010 and 2013 and to making energy savings of £844,000 over the same three-year period.  Under the Government’s CRC Carbon Reduction Scheme, large energy users, such as hospitals, will this year start to buy allowances for each tonne of carbon dioxide at a rate of £12 per tonne per annum.  As a consequence, participants successful in reducing energy consumption will not only save money on energy bills, but will also need to purchase fewer allowances.

Instead of utilising a valve mechanism to close off steam, the highly efficient GEM steam traps use the venturi orifice design to effectively drain condensate from the steam system. As the GEM steam traps have no moving parts to wedge open or fail, they provide the ultimate in reliability, necessitating only minimal maintenance and requiring no spares, testing or monitoring equipment.

Available in a wide range of sizes for a full cross section of applications, the hardwearing GEM steam traps are manufactured from corrosion resistant stainless steel and are guaranteed for 10 years, obviating the need for repair or replacement.  The GEM steam traps provide a fast payback – on some processes within a matter of days – from reduced energy costs and increased equipment reliability due to a reduction in damaging steam within the condensate system. In addition they improve product processing by enhancing the quality of steam which in turn reduces equipment repairs, downtime and replacement costs.

Rockwell Automation and FANUC work together to optimise manufacturing production