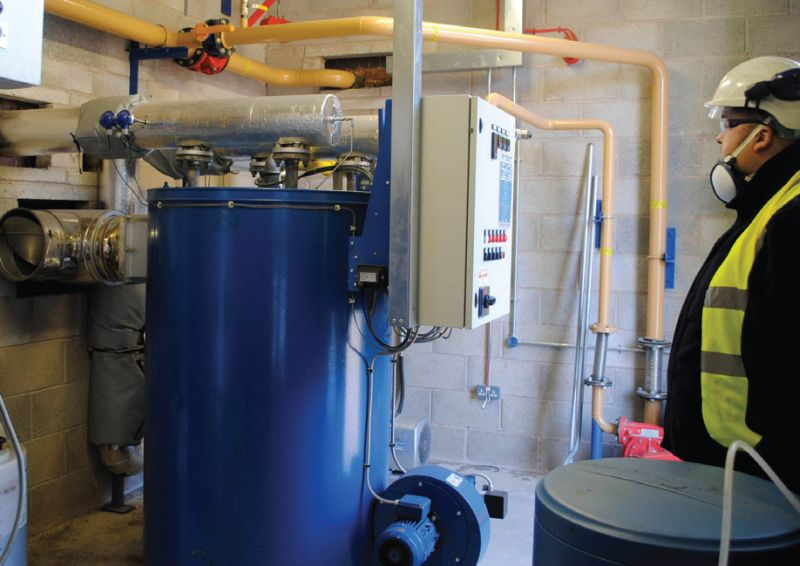 Thermal oxidation occurs when an oil temperature of over 65°C and air meet in the same space. This starts a chemical process from the reaction with oxygen, the products of which are organic acids, carbon and sludge. Furthermore, for every increase of 10°C, the reaction rate doubles. At The Abergavenny Fine Food Company, a medium sized family business producing snacks, ready meals, diary products and desserts, the  header tank was in excess of 100°C  and had no nitrogen blanketing system to protect the overheated oil from the air above it. 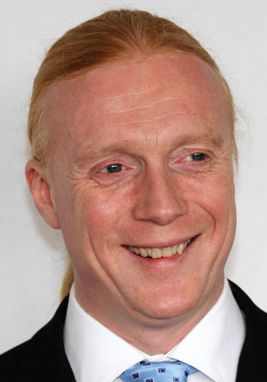 “We were having a problem with our thermal oil – it was frequently damaging oil circulation pumps,” explained Paul Sanders, site engineering manager at Abergavenny Fine Foods.

“We use thermal oil as a means of indirectly heating fryer oil for our breaded party foods line. I had been in the business for a few months when, about three years ago, we got Global Heat Transfer involved. They carried out an analysis of the oil in the system and found that there was a build up of carbon around the pipe work because the oil had not been tested or maintained for a number of years.”

He continued: “The carbon was coming loose and damaging the seals in the circulation pump. Global Heat Transfer put forward their recommendations to firstly clean the system, then to refill it, and finally to comply with Dangerous Substances and Explosive Atmospheres Regulations (DSEAR) 2002 using monthly testing and oil analysis.” 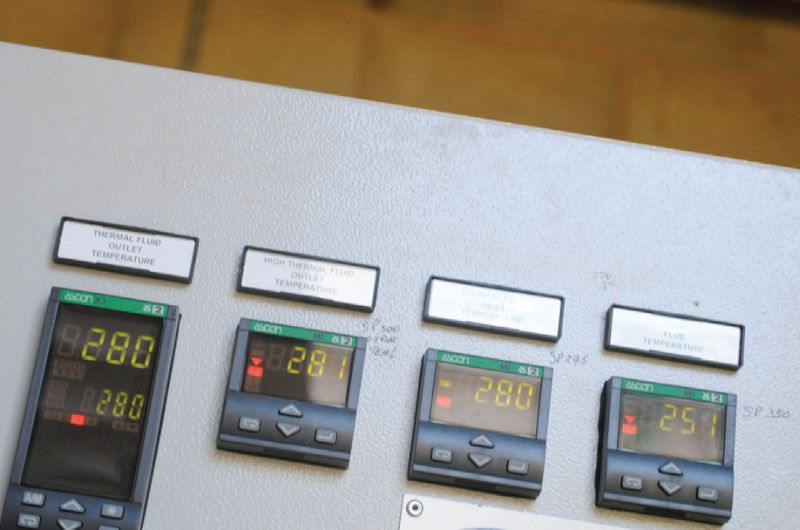 DSEAR legislation requires employers to control the risks to safety from fire and explosions and means more stringent testing for all operators. An effective preventive maintenance program should include regularly scheduled and representative analysis of thermal fluids, which benefits users by providing early warnings about process problems, helping maintain a safer working environment, increase system efficiency and saving money while keeping the operator legal under the ATEX 137 regulation.

The regulations complement the requirement to manage risks under the Management of Health and Safety at Work Regulations 1999. DSEAR put into effect requirements from two European Directives: the Chemical Agents Directive and the Explosive Atmospheres Directive.

Global Heat Transfer offers sampling and analysis services of premium quality thermal fluids. The company can service all types of heat transfer systems for clients operating across  industry sectors both inland and offshore. The 11 point test process goes further than the legislative requirements to show that flash points and corresponding auto ignition temperatures are being managed to safe levels.

As part of its 11 point test, Global Heat Transfer undertakes three main assessments: checking the carbon level and the amount of insoluble particulates; closed flash point and the acidity level or total acid number (TAN), which is the amount of potassium hydroxide in mg that is need to neutralise the acids in 1g of oil – an indication of any oxidation or acidic contamination that may be present.

If the carbon level is too high it will result in system fouling which means carbon insoluble particles will stick to the system internals and eventually bake on hard if not cleaned and flushed in time. Carbon fouling can cause heater coil failure, resulting in the risk of fire in the thermal oil if appropriate safety systems are not in place.

Global Heat Transfer collects thermal fluid samples in a representative method, by taking a hot, circulating and ‘closed’ sample. This means inaccurate readings, which may have health and safety and legislative implications, are avoided.

GlobalTherm C1 is formulated to scour away harsh by-products of synthetic and mineral based fluids. It effectively displaces and flushes out waste, leaving behind a clean and safe operating system, ready to accept a new charge of heat transfer fluid. It is compatible with most heat transfer fluids.

“Now we have the condition of thermal oil under control, and when we carry out our monthly analysis we can pick up an issue before it starts to cause problems,” said Sanders. “We can monitor the carbon content and pick up any excess build up of carbon, as well as the acid levels, which can cause corrosion if they go over a certain level.

“We can also keep an eye on the flashpoint as well, which was very low in this case. When I joined the company, the oil had not been analysed or changed for seven years prior to Global Heat Transfer getting involved. By that time the damage had been done from the carbon build up in the pipe work, tubes and boiler.”

Sanders commented: “Boiler efficiency has improved significantly and has seen our heat-up time reduced by 50%. It is flowing more efficiently and will show a saving in pump life.

“At least we can now keep an eye on these things before either a major disaster or further damage occurs. We now change the oil annually but we are continually finding improvements in the system which will allow us to extend this period longer and longer.”