All steamed up over food 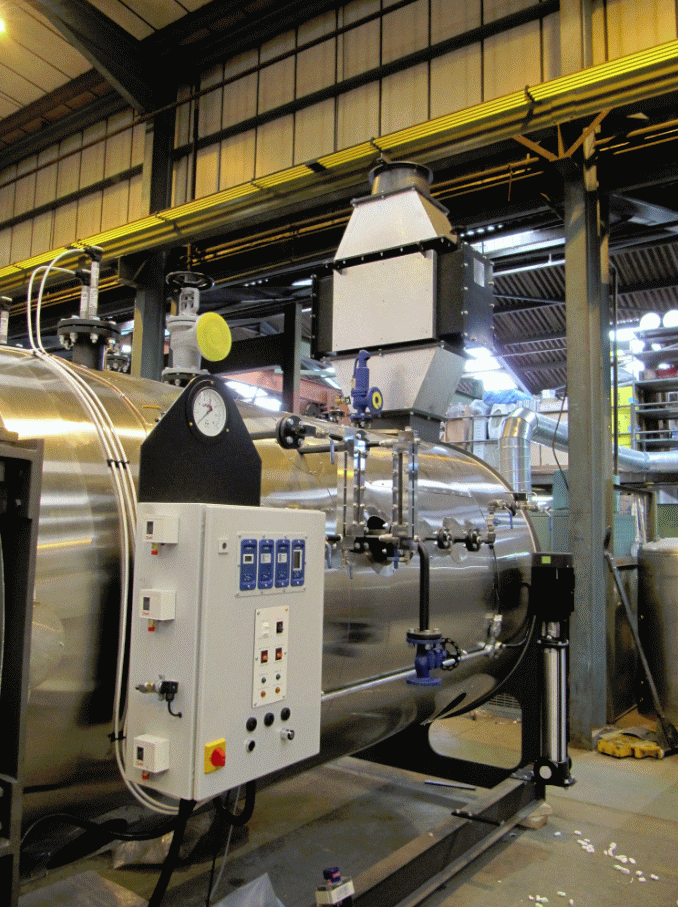 If you look across a broad range of food and drink manufacturing processes, there is a large demand for high quality, dry steam. One company that knows all about this is Bristol-based Fulton Limited.

From the pasteurisation of milk, dairy and juice products to jet cooking and the cleaning of brewery kegs, the list of applications is almost endless and, says Carl Knight, Fulton’s sales and marketing manager: “Fulton has been heavily involved with steam raising across many industries for many years, but since 2010, we have been majoring on the food and drink sectors.”

Paul Richards, managing director, and Carl both joined Fulton in 2009 with the aim of giving the company new direction and momentum, and the combination of a very successful Foodex show in 2010 and a major marketing campaign means the company is really beginning to see the rewards, despite the current economic climate.

Steam is the key to many processes in the food and drink sectors and, since the new management team came on board, efforts have been targeted at making more innovative products.

One of the traditional markets for Fulton has been the supply of small vertical boilers for the laundry and dry cleaning applications. However, these extremely robust boilers are often seen as inefficient. As a result, these have been redesigned with fully modulating burners to improve both steam output and control, making the boilers more efficient. A heat recovery unit used during TDS blowdown has also been developed to recover up to 90% of the heat that is normally lost as the blowdown water is dumped down the drain. Similarly, a new economiser recovers heat from the flue gases, adding a further 5% to overall efficiency. 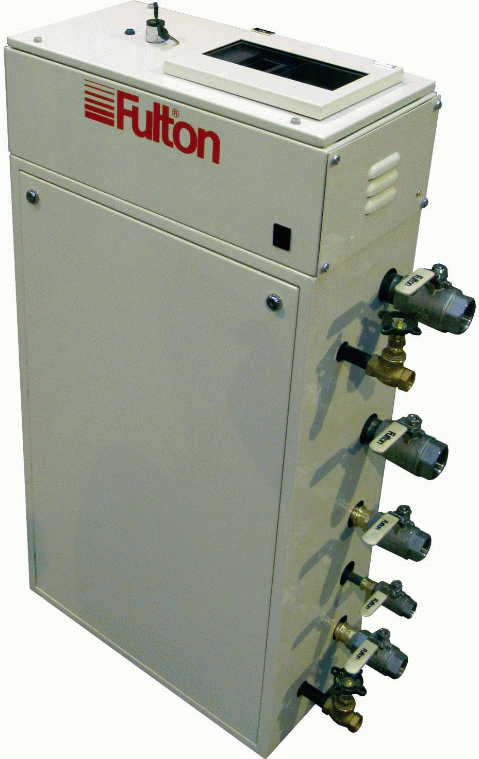 Traditionally, boiler installations were erected on site but now Fulton has redesigned its systems and changed their approach to offer complete packaged system. These are built and fully tested at Fulton’s facility in Bristol and then broken down into modular units, delivered to site and installed and commissioned. This procedure has proved to quicker and more cost-effective for both Fulton and its customers.

“Fulton is a very customer-focussed company that likes to work closely with contractors, consultants and the end-user to ensure that we provide exactly what is needed.” says Carl. “We generally find that the customer does not always know exactly how much steam is required for their process, so we can take total ownership of the project and offer advice on size, pressure, etc. to ensure we deliver the right solution.”

A good example of a recent Fulton installation is for a KP Snacks facility at Ashby de la Zouch.

Fulton took responsibility for the delivery and installation of the new boiler system, which was completed in just one day. Both Fulton and Spirax Sarco commissioned all elements of the boiler and supplied site training for KP Engineers.

In summing up, Carl Knight says: “We are looking to diversify and offer our customers an improved package, one that looks at the complete solution from steam system design through to connection to existing plant. We are also looking to reverse a current trend and bring our pressure vessel fabrication back to the UK in order to improve our overall efficiency and cost effectiveness.” 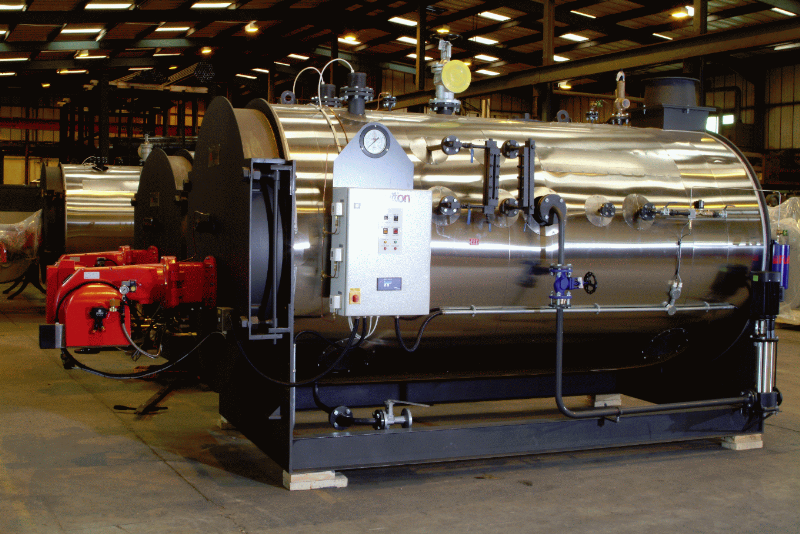 For those visiting this year’s Foodex show at the NEC, Fulton can be found on Stand K250, where the company will also be launching its new, highly-efficient low-temperature hot water boiler.

The FHE-250 will initially be available in a 250kW model and features a fully-condensing, stainless steel heat exchanger. A modular approach to its design also means that additional boilers can be combined to suit any application and hot water requirement. With the complexity of control being a criticism of many hot water boilers available on the market today, the new FHE uses a single control panel – based on Fulton’s ModSync sequencing system – which is capable of controlling a single unit or a modular installation.

For further information on its range of boilers and ancillaries, call 0117 972 3322 or email uk.sales.office@fulton.com. Alternatively, please visit Fulton’s new-look website (www.fulton.co.uk), which provides information on the latest CE-marked products available to UK and European customers as well as providing news of recent installations; detailed technical specifications; and installation drawings for Fulton’s range of boilers, including its latest vertical VMP and horizontal FB steam boilers and range of thermal fluid heaters. 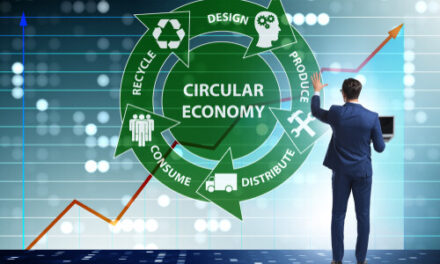 Sustainable Packaging: Is your business supporting the circular economy in the fight against single use plastics?