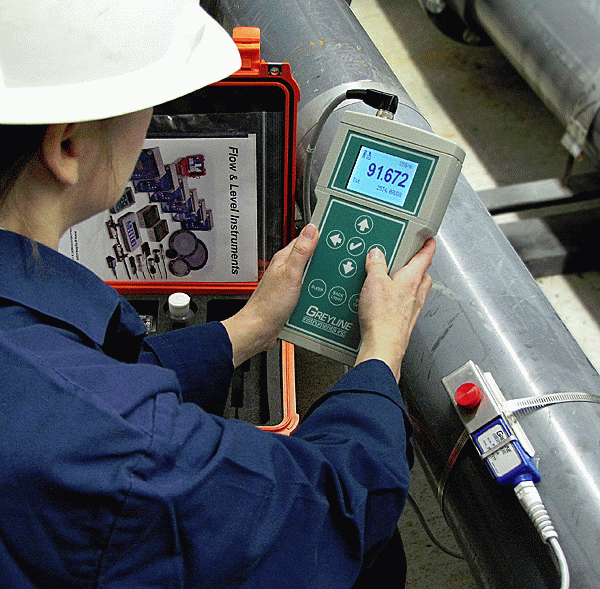 for Flow Measurement from Outside a Pipe

Doppler and Transit Time are two very popular types of flow meter for non-invasive measurement of flow in full pipes. We tend to confuse these technologies because they are both ultrasonic and both measure flow by using sensors clamped onto the outside of a pipe. In the real world, they actually work best in opposite applications. Success in your installation depends on understanding the differences and making the right choice.

Ultrasound is sound generated above the human hearing range – above 20 kHz. Both Doppler and Transit Time flowmeter technologies are called ‘ultrasonic’ because they operate far above the frequencies or sound range that we can hear.

At the heart of each ultrasonic transducer is a piezo-electric crystal. They are glass disks about the size of a coin. These crystals are polarized and expand or pulse a minute amount when electrical energy is applied to the surface electrodes. As it pulses the transducer emits an ultrasonic beam approximately 5° wide at an angle designed to efficiently pass through a pipe wall. The returning echo (pressure pulse) impacts a second passive crystal and creates electrical energy. This is the received signal in a Doppler or Transit Time transducer.

So far both these piezo-electric ultrasonic technologies seem much the same. No wonder the choice can be confusing. But now let’s look at the differences. 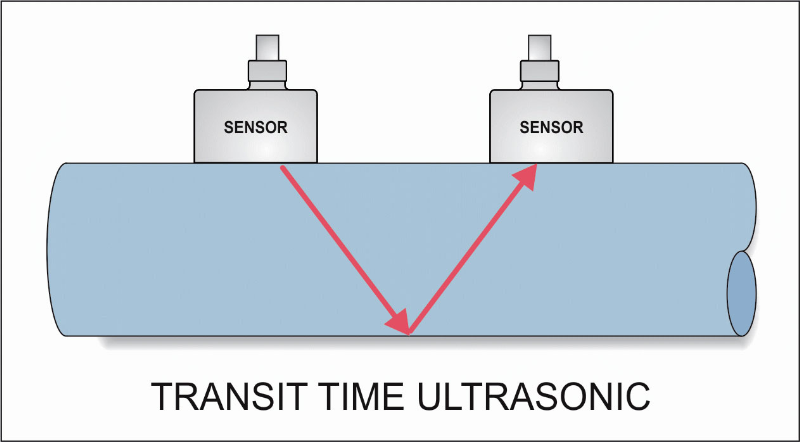 Transit Time flowmeters must have a pair of transducers. One transducer transmits sound while the other acts as a receiver.  As the name suggests, Transit Time flowmeters measure the time it takes for an ultrasonic signal transmitted from one sensor, to cross a pipe and be received by a second sensor. Upstream and downstream time measurements are compared. With no flow the transit time would be equal in both directions. With flow sound will travel faster in the direction of flow and slower against the flow. Because the ultrasonic signal must cross the pipe to a receiving transducer, the fluid must not contain a significant concentration of bubbles or solids. Otherwise the high frequency sound will be attenuated and too weak to traverse the pipe.

Transit Time transducers typically operate in the 1-2 MHz frequencies. Higher frequency designs are normally used in smaller pipes and lower frequencies for large pipes up to several meters in diameter. So operators must select transducer models/frequencies according to the application.The Doppler effect was first documented in 1842 by Christian Doppler, an Austrian physicist. We all hear daily examples of the Doppler effect. It is the distinct tone change from a passing train whistle or the exhaust from a race car. We hear this tone change, or Doppler effect, only because we are stationary and the sound transmitter – the train or the race car – is in motion. Doppler flow meters use the principal that sound waves will be returned to a transmitter at an altered frequency if reflectors in the liquid are in motion. This frequency shift is in direct proportion to the velocity of the liquid. It is precisely measured by the instrument to calculate the flow rate. So the liquid must contain gas bubbles or solids for the Doppler measurement to work. 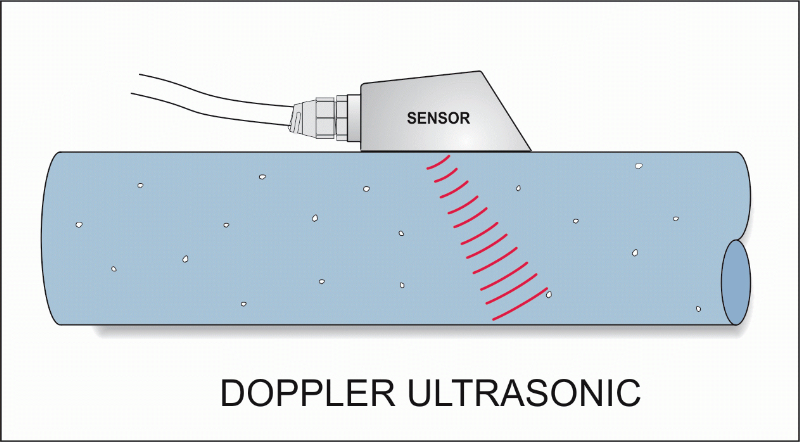 oppler transducers usually operate at 640 kHz to 1 MHz frequencies and work on a wide range of pipe diameters. Doppler flowmeters manufactured by Greyline Instruments use a single-head sensor design allowing fast, simple mounting on the outside of pipes. The single-head transducer includes both transmit and receive piezo-electric crystals in the same housing.

Snap to it! Closing date approaches for £5,000 manufacturing photo competition