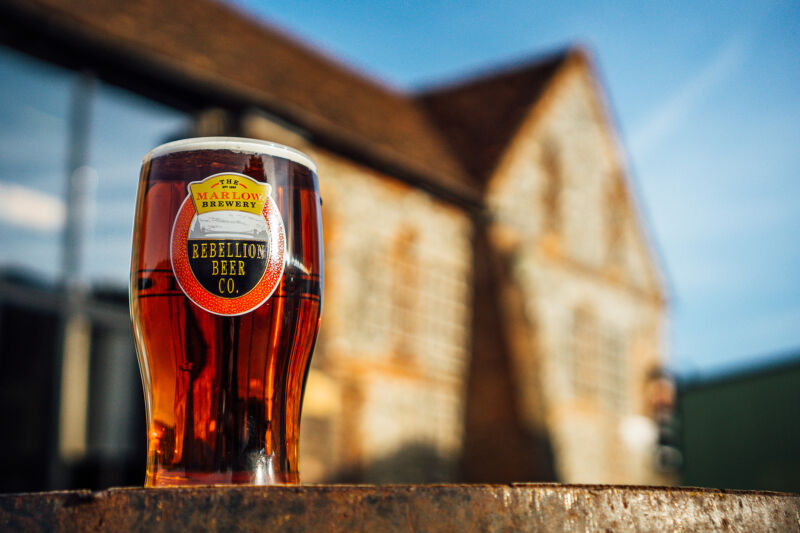 In 2015, with business improving but original process equipment reaching end-of-life, Rebellion Beer Company bucked the trend and, with impartial advice from heat transfer specialist Fulton, replaced its ageing steam boiler for a thermal fluid system. Now, six years on, we approached Rebellion’s Mark Gloyens to update us on how brewery life has coped with the switch.

Anyone running a brewery will tell you just how critical the boil phase of the brewing process is; and when Rebellion set out on its journey from steam to thermal, they were warned that they’d never succeed in getting that clean flavour achieved from a steam-driven rolling boil.

“The move from steam to thermal was a leap of faith on our part, but the warnings received from other breweries have been proven to be incorrect!” says Rebellion Beer Company’s Mark Gloyens. “Product quality has improved because we now have more control over temperature for the wort boiling process than ever before. We’re getting a very good quality boil that is controllable and we have achieved everything we wanted from the move from steam to thermal fluid”. 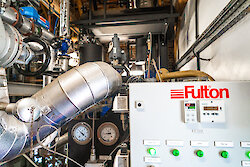 Thanks to the control and flexibility that the thermal system affords Rebellion, the brewery has had the ability to achieve various size batches as and when required. Until recently, this has enabled them to process research and development batches and has been especially useful throughout the pandemic when, at the beginning, throughput was decimated because pubs were forced to close. However, as lockdowns came and went, Rebellion successfully pivoted its business and started selling direct to the consumer via a home delivery service, which meant throughput very quickly returned to pre-pandemic levels, currently two to three batches per day, with each boil lasting up to 90 minutes.

“The beauty of the thermal fluid installation is its flexibility and ability to very easily adapt our changing brewing strategies.” says Mark. “Historically we would have been doing two brews per day to achieve maximum output, but because of its flexibility, we are now able to shut the thermal fluid heater down for a day per week to deep clean the brewhouse and increase output to three brews per day for the remainder of the week. Something that would have been very difficult to achieve with steam.” 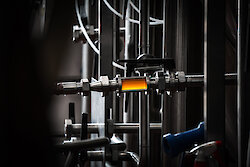 Beyond the control and flexibility, there are many other factors that have had a positive impact on Rebellion Beer Company, as Mark explains: “A steam boiler is essentially a pressure vessel and regulations state that pressurised systems must undergo an annual insurance inspection. This inspection would often take the steam boiler offline and mean our brewing processes were down for a day or more, with disruption from the downtime potentially being felt for several days after. Additionally, with even the best water treatment programme in place, steam at pressure can be very corrosive, leading to problems with steam traps, flanges and pipework, which we always seemed to be maintaining and was always therefore another potential for process downtime.

“With thermal being more of a closed loop system, we’ve not experienced the same issues with leaking gaskets, flanges, etc., making the whole installation not only look but also feel so much more reliable than steam!”.

In putting a figure on the annual cost savings of maintaining a steam system – including servicing, water treatment, chemical dosing, etc. – compared to thermal fluid, Mark Gloyens estimates that the thermal fluid system is much lower and could be at least half that of the previous steam boiler installation. And six years on, Mark estimates that the savings made compared to maintaining the old steam system – and despite the thermal fluid installation being a more expensive capital outlay initially – has certainly contributed significantly to the return on investment, with the investment now fully paid for. 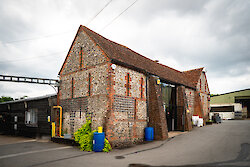 Expanding on the flexibilities of the thermal fluid system, Mark has also announced that Rebellion is about to tap into the existing brewhouse line to create a small-batch development brewery and yeast propagation plant on the site. “It’s been such an easy expansion to achieve. We’ve just been able to tap into the existing thermal fluid line and use the system for another duty without impacting on everything else.” says Mark.

The new development line is capable of brewing five hectolitre (500 litre) batches and will enable development or commercial batches – such as strong beers or one-off batches that may not appeal to the wider consumer – to be processed without having to invest in a full 4,000 litre brew.

Summarising, Mark Gloyens says that whenever he’s asked if Rebellion is happy with the thermal fluid installation from Fulton, he simply tells them to come and take a look because it speaks for itself. “It’s just a neat, compact installation that’s relatively maintenance free and extremely flexible!”.

And when asked about his advice to anyone considering a new brewhouse or complete overhaul of existing plant; and perhaps sitting on the fence when it comes to considering steam versus thermal? “You obviously need to consult the experts as we did when we approached Fulton over six years ago. They were completely unbiased because they manufacture both steam and thermal fluid solutions.”. says Mark. “But for Rebellion Beer Company, a thermal fluid solution was a no brainer. It’s more cost-effective, more reliable, relatively maintenance free and a much neater, more compact system that still provides the quality of heating needed for brewing. It’s just a better way of doing it!”

For further information on its range of steam- and thermal-based heat transfer solutions for brewing processes and brewhouses, visit www.fulton.co.uk, email sales@fulton.co.uk  or call the office on +44 (0)117 972 3322. 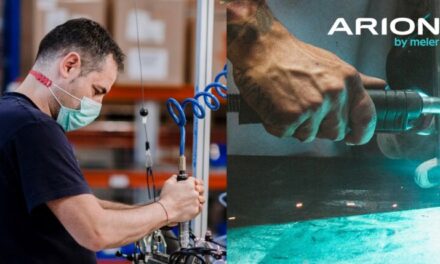 Arion, Empowering hoses: the new brand specialist in the transfer of adhesives