Controlling butterflies down on the farm 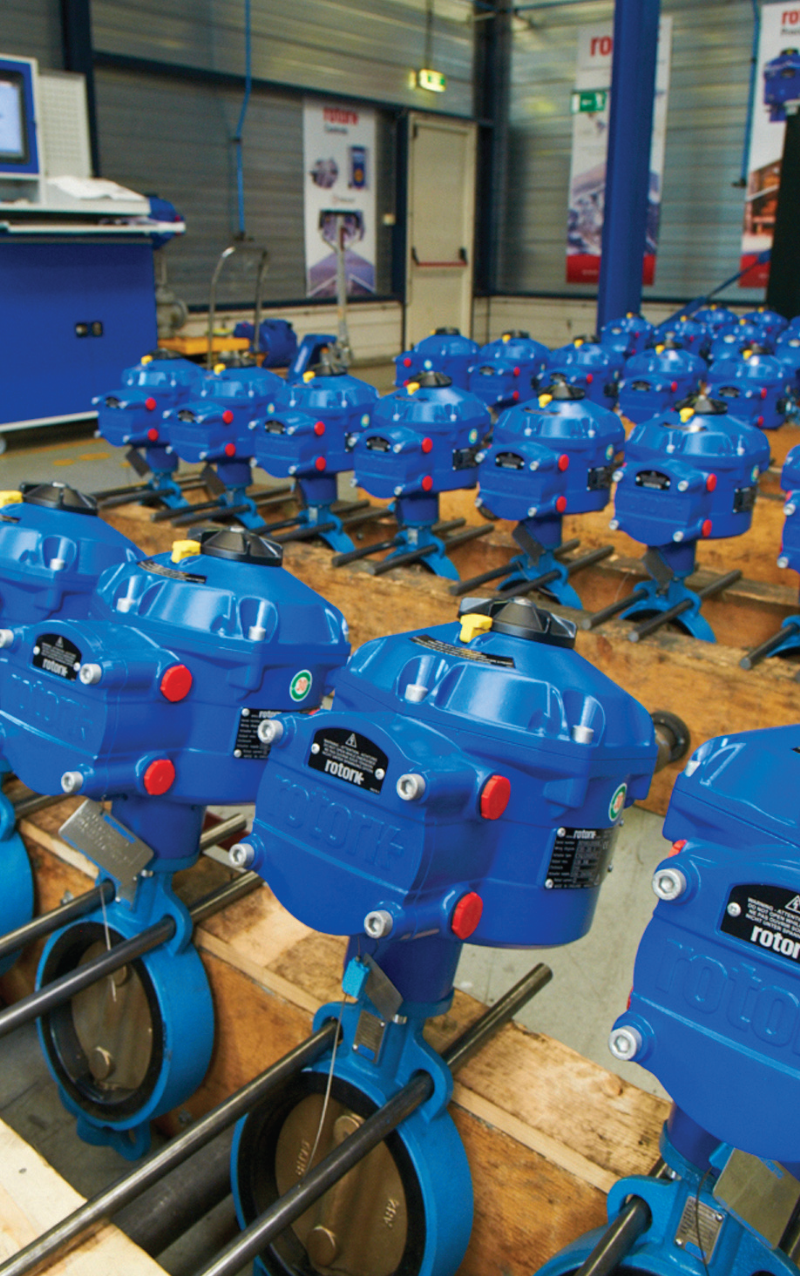 Valves and actuators are playing a crucial role in two renewable energy projects. The first example is an all electric valve actuation package which is being used to control butterfly valves at an offshore wind farm, and the second is the use of valves and smart instrumentation to sustain performance at a biomass gasification plant

Almost 100 Rotork quarter-turn electric actuators will control butterfly valves on the DanTysk transformer platform, situated 70km west of the German island of Sylt. The contract includes fitting the actuators to the valves, which has been performed prior to delivery at the actuation workshop attached to Rotork Holland, where the order was won.

Rotork CVA electric actuators deliver continuous, repeatable modulating control with a programmable fail to position option. Resolution, repeatability and hysteresis performance is quoted at less than 0.1% of full scale, so the units can be used in demanding control valve applications.

Digital two-wire control is provided by Rotork’s proprietary Pakscan P3 system, which is capable of monitoring and controlling up to 240 field units without repeaters on a single highway with a length of up to 20km. Designed specifically for the valve actuation environment, Pakscan incorporates secure field communications with inbuilt network redundancy to maintain control even in the event of equipment or cable failure. On the DanTysk project, the Pakscan network master station will link the actuators to a distributed control system and to a remote, centralised monitoring centre situated at Esbjerg in Denmark.

The DanTysk offshore wind farm is a joint venture between Vattenfall and Stadtwerke München (SWM). On completion of the €1 billion project at the beginning of 2014, 80 wind turbines with a capacity of 288MW will supply electricity for up to 400,000 households. Rotork’s involvement follows a similar North Sea offshore wind farm contract in 2011, also supplied by Rotork Holland, when IQTPro actuators were specified for the Borwin Alpha transformer platform, serving the BARD Offshore 1 wind farm.

VEGA get interactive on water