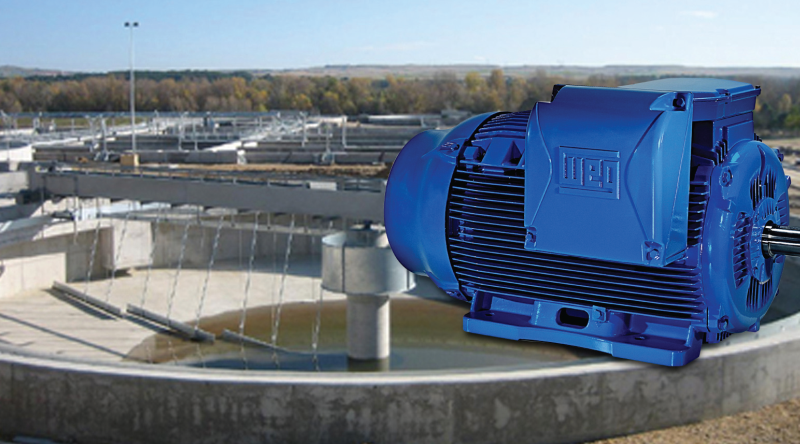 Problem: The €21.5 million project to build a wastewater sewage treatment plant in San Sebastian de los Reyes in Spain is now nearing completion. As part of the project the plant, commissioned by Canal de Isabel II, required high efficiency motors to help save the energy used to operate 100 pumps and blowers – some up to 160kW.

Solution: WEG Spain has supplied 100 W22 motors to the EDAR Arroyo Quiñones sewage treatment facility. Included in this order are four 160kW machines for the blowers (supplied by Aerzen), which add air to the biological and other processes: another three 15kW motors, also for blowers; four sludge recirculation pump motors of 15kW which were supplied by Sterling Fluid; and smaller denominations of motors for driving different processes right across the plant. The operation of these motors is mainly constant, but at different speeds, as determined by process requirements.

Javier de la Morena, from WEG Spain, said: “The W22 motors have been supplied as part of OEM packages involving both pumps and blowers. They are used as standard fitment, because of their ability not only to deliver high levels of energy saving, but also reliability in what is a critical continuous process environment.”

The W22 motors offer a solution for addressing the 90% of total operational costs attributed to energy expenditure over the lifetime of typical motors used in pumping applications.

They deliver efficiencies above the minimum values specified in IEC 60034-30, the new harmonised IE (International Efficiency) grading standard for three-phase cage induction motors. The motors are also robust and built to last.