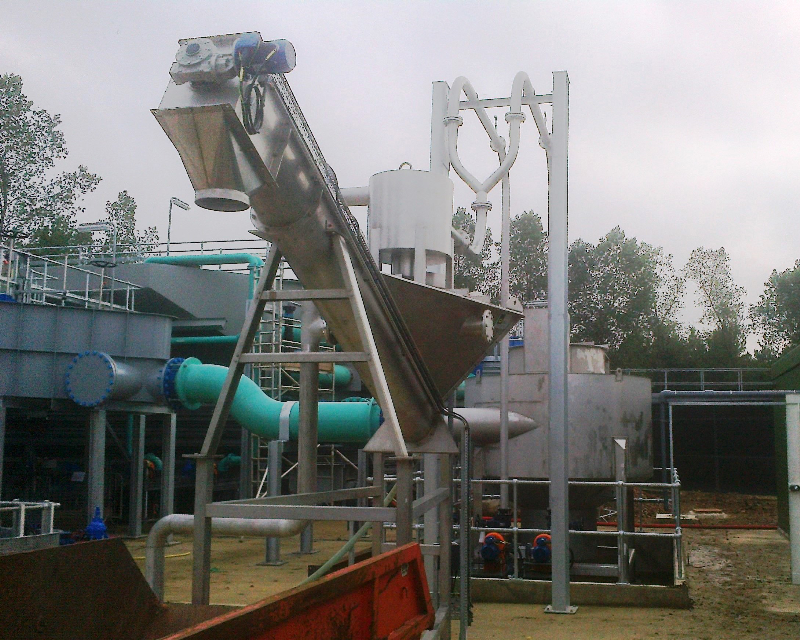 Expansion of a major water recycling centre in Cambridgeshire has provided an opportunity for Anglian Water to pilot a more streamlined approach to working with the supply chain in the run-up to AMP6. Hydro International’s Grit King not only met the criteria for inlet protection of the new works, but Hydro was also able to meet Anglian’s conditions for tendering and supply as part of the initiative.

To meet the needs of a rapidly growing population in the area, the capacity of Uttons Drove Water Recycling Centre is being expanded in a £10m project. It is the first project to be managed using an innovative new supply chain approach that is paving the way for Anglian to work with suppliers on a number of new and updated water recycling centres during the 2015-2020 spending round.

“The overall objective of the initiative is to significantly reduce the cost and time taken in delivering a completed works, as well as the carbon footprint,” explained John Grimm, Anglian Water project leader at Uttons Drove, “A principle source of cost and time overruns is the capital works and, in particular, concrete construction on site. We intend establishing the model process for Anglian Water with Uttons Drove that minimises on-site construction and streamlines installation, commissioning and connections.”

As part of the project, Anglian Water chose Hydro’s Grit King advanced hydrodynamic vortex separator as an economical solution to protecting equipment downstream of the works inlet from the accumulation and wear of grits and abrasive sediments.

“The Hydro Grit King provided a good solution for Uttons Drove both in terms of its technology and ease of installation,” continued John Grimm. “It was also important that Hydro’s design team were extremely receptive to working with us in our computer-aided 3D modelling of the works which is a critical part of the new supply chain approach. The Hydro Grit King offered us a rapid return on investment and will achieve savings in pump repairs, breakdowns and the need to dig out accumulated grit. In addition, the Grit King was delivered skid mounted for easy installation and commissioning which met our new supply chain approach to procurement for major projects.”

At Uttons Drove, Anglian Water aimed to procure equipment that did not require extensive onsite civil works and as a result, the main inlet structure was completed in three weeks. Following construction of the bases, major plant deliveries to site were precisely scheduled and commissioning achieved in a reduced timeframe, reducing the construction costs such as retaining construction plant on site.

John Grimm continued:  “The Grit King ticks all the boxes for this new approach, and we anticipate that equipment designed to these parameters will be ever more popular when we are looking at treatment plant for the future. The Grit King is a perfect example of a ‘plug and play’ solution. It is delivered skid mounted, factory tested and ready for operation and can be connected up in three days.”

The initiative also aims to achieve smoother commissioning and connection of different parts of the process plant delivered to site. Careful forward-planning before work begins on site helped to avoid incompatibility of connection between different items of plant, reducing commissioning delays.

All suppliers were asked to participate in early design phase consultations and, also, to submit a 3D computer model compatible with the 3D model created by Anglian Water for the whole works.

John Grimm explained: “By using 3D modelling we can resolve commissioning issues before they arise, combining topography, process flow and details of all fittings, connections and so on.

“Hydro’s engineers showed us exemplary support and clearly understood the value of helping us to devise a new and better approach to project planning.  It is an approach we hope other suppliers will follow.”

The raw water intake at Uttons Drove is a mixture of combined sewers and dedicated foul water sewers, as well as some commercial waste water.  On low flow volume days, all inlet water will first be processed through the Grit King, on storm days, a proportion will be diverted to a storm tank for settling. 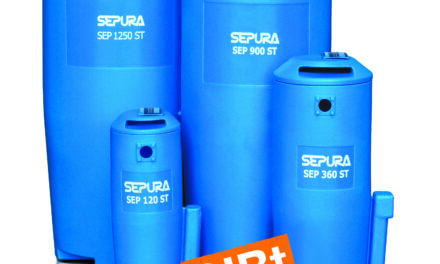