Large seals are big on benefits 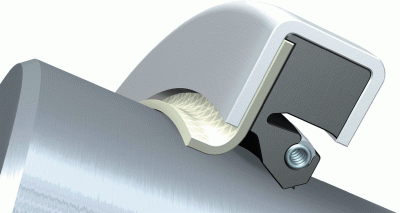 Phil Burge, communication manager for SKF, explains how large diameter seals, formed from the latest engineering plastics, are rising to the challenges presented by demanding industries such as oil and gas processing, construction and steel production

The large diameter seals required within today’s heavy industrial applications need to be robust to provide safety, high performance and plant economy. Ranging from 250mm to several metres in diameter, these components must offer long periods of reliability while functioning under high levels of stress. In order to offer seals that are easy to fit and replace while also delivering consistent performance without degradation, manufacturers have turned to the latest engineering plastics to satisfy the operational requirements of many demanding industries.

A typical area of industry where sealing technology advances can bring benefits is the oil and gas processing sector. Here, the ongoing refinement of industry and safety standards presents real challenges for operators, since any leakage of material can pose a serious risk both to the environment and to workers on site. By paying close attention to the specification of components such as seals, operators and engineers can prevent the contamination that will eventually compromise machine efficiency, while avoiding the loss of lubricants that protect and optimise equipment performance. 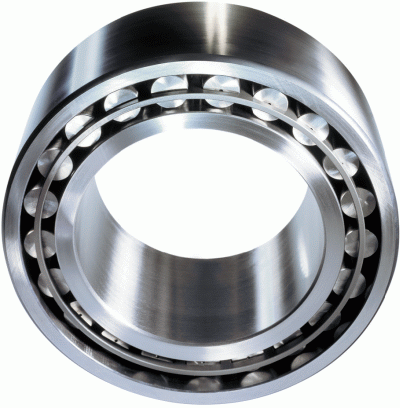 Hydrocarbon processing presents a tough operating environment for seals, with high temperatures, pressures and speeds often required in order to increase productivity. Another cause for concern within this industry is explosive decompression (ED), which occurs when the seals absorb gas and expand, resulting in cracks, blisters and splits. Such issues have lead seal manufacturers to develop sealing solutions for specific industries using engineering plastics to withstand the demands of modern industry.

Some of the latest large diameter seals are manufactured from ED resistant thermoplastic polyurethane elastomers. Because these seals offer a resistance to degradation up to +90°C they are suitable for use in offshore oil and gas applications where they can be exposed to both pure water and seawater. In particular, polytetrafluoroethylene, more commonly known as PTFE, is a thermoplastic polymer with a chemical resistance superior to that of any other material used in seal technology. This material offers a smooth, dirt resistant surface and the ability to operate within a temperature range from -70°C to +200°C; in some applications this upper range can extend to +260°C.

Other new materials, such as fluoro-rubber (FKM) and hydrogenated acrylonitrile butadiene rubber (HNBR), offer resistance to heat, ageing, ozone and many chemical ingredients, in addition to being compatible with mineral oils and greases containing sulphur, HFD pressure fluids, crude oil and sour gas. Fluoro-rubber offers resistance to wear – SKF’s products in this material are branded LongLife – and minimal gas permeability, so have been adopted within many industrial operations. For example, FKM and HNBR can be used to manufacture seals for use in high speed applications, such as paper milling, as well as harsh environments, for example, crushers on construction sites.

The latest large diameter seals can also maximise the effectiveness of new innovations. A new Vertical Grinding Mill (VGM) for cement built in China, which has more capacity for production than conventional models, would not have fulfilled its production potential without the help of SKF large diameter seals with PTFE wiper excluders to resist the contamination in this operation.

It is crucial that the seals are mounted and aligned correctly to achieve the maximum effect. However, if correctly managed, the enhanced performance now enabled by large diameter seals even in aggressive operating conditions offers the potential to optimise. SKF recently cut grease costs by almost 50% at a steel mill in south-eastern Europe by installing large diameter seals.?Costs were reduced further as the new seals were able to extend the regular interval between replacement of components.

SKF research has shown that up to 14% of all premature bearing failures can be directly attributed to contaminants entering bearings either via poorly designed or specified seals, or because the materials used were unsuitable for each application. Such occurrences can be avoided by selecting the correct large diameter seal.

Pump is a good egg in an arduous application

Cooking up a perfect match