Leading British manufacturers have united to warn that businesses are facing a rapidly growing threat from deliberate industrial security breaches, noting that the sector needs to increase investment to ensure that industrial safety remains a top priority in the next five years.

Paul Hingley, Industrial Security Specialist for Siemens Industry, said: “Hacking is no longer a back street operation – we now know it is taking place on an industrial scale. It is clear from speaking with strategically critical UK businesses and through our survey of technical decision makers that the threat of industrial security breaches is growing. With nearly one in three manufacturers being attacked or knowing of a firm that has been ‘hacked’, we see a very real need for greater investment in this area – and more time taken to carefully consider the right technology needed to bolster the security of plants and other facilities in the UK.

“Moreover, this should serve as warning to the Government that these attacks won’t just go away – they are becoming more sophisticated, and have the power to close entire plants down –  putting output, jobs and security at risk. It is vitally important that we invest more in R&D covering this area – working with the private sector to hone industrial security technology.”

Siemens has invested heavily in industrial security in the last three years, joining the Software Assurance Forum for Excellence in Code (SAFECode), with the head of its software initiatives, Frances Paulisch, now a member of SAFECode’s board. SAFECode is an industry-led group that promotes best practices in software development and services.

Siemens also has been accredited to test its products for Wurldtech’s Achilles Communication Certification, a benchmark for security of critical infrastructure products. It has also rapidly updated its existing technology to help prevent breaches of industrial security.

Chris Sandford, Director for Global Security Services at Industrial Security firm Wurldtech, which counts firms such as Shell and BP as key customers, said: “These results come as no surprise; we are seeing more and more large companies subject to serious breaches of security. Continuous investment and research is needed to protect businesses across the UK and ensure that we stay one step ahead of those carrying out these attacks”

“Importantly we need to educate employees and the public about this issue – what is vital to remember is that every person in a business has a role to play, and there are many simple steps they can take to ensure safe practices are met.”

The two-day SPACE UG conference brought together representatives from a number of businesses across many sectors that make up the UK-installed base for Siemens’ SIMATIC PCS7 process control system.

This year’s conference focused on a number of issues relating to the economic recovery in the UK, the skills gap and ever changing nature of industrial security threats, emanating from loosely connected individuals to coordinated attacks from nation states.

Glen Creston – the star of the show! 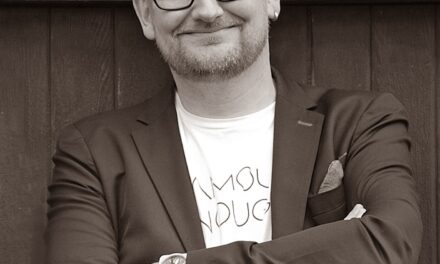