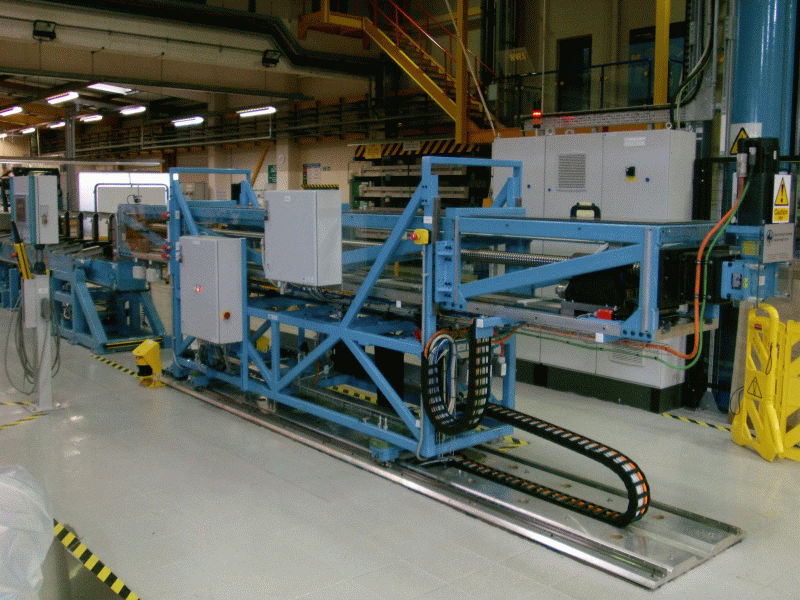 The Springfields Fuels processing plant near Preston, Lancashire was the first in the world to make nuclear fuel for commercial power stations. The site has produced several million fuel elements and supplied products and services to over 140 reactors in 15 countries. A resurgence of demand for nuclear fuel has prompted Springfields to re-commission a previously moth-balled light water reactor (LWR) plant at the site, which is still the UK’s main nuclear fuel manufacturing operation. 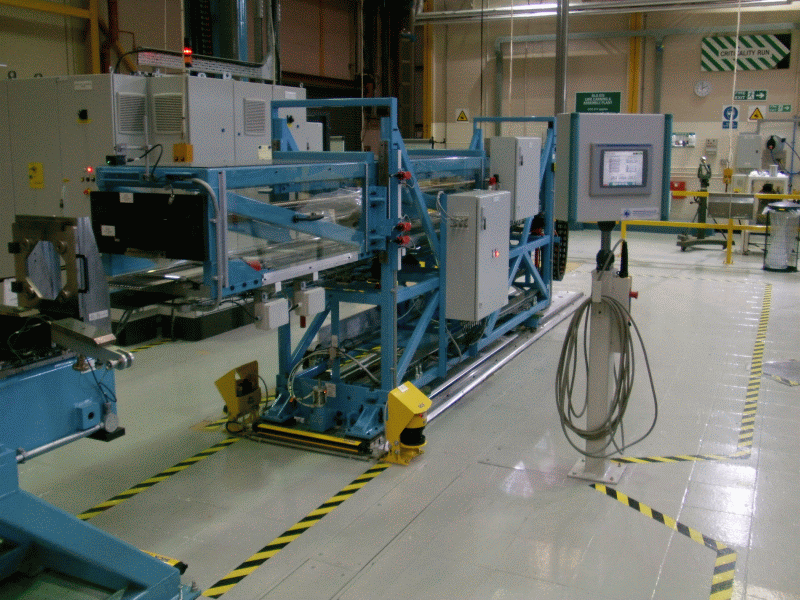 As part of the re-commissioning exercise, MacDonald Humfrey Automation was awarded the contract to design, build and install a new LWR Fuel Rod Loader and ‘Strongback’ system for the Springfields plant.

Typically, 264 fuel rods are used to produce each LWR fuel assembly; and the processing, handling and verification of the rods and fuel assemblies is extremely sensitive. Individual fuel rods are created by loading uranium pellets into thin zirconium alloy tubes, which are then pressurised, sealed and fitted into a pre-assembled framework to form a fuel assembly. Fuel rods are assembled in a magazine and wheeled to the Rod Loading Machine, which pulls them into a skeleton for inspection prior to being sent to the reactor. 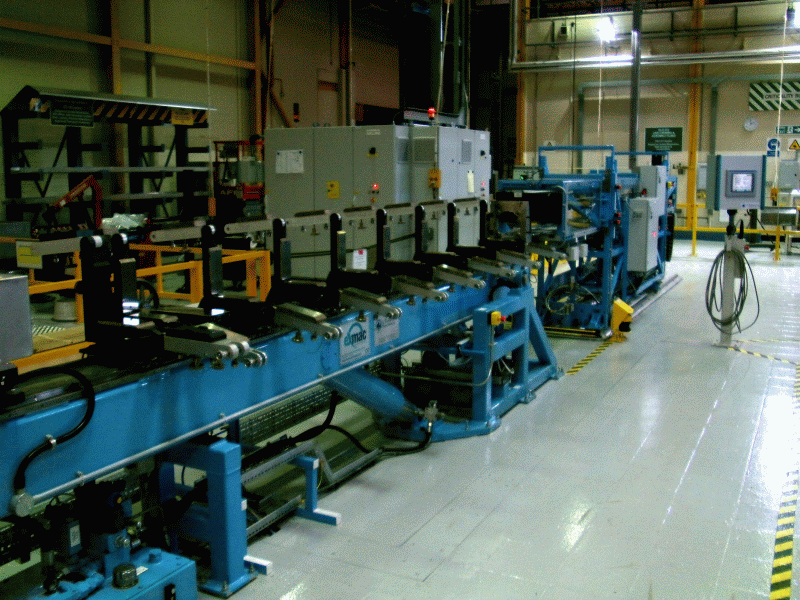 The new Rod Loading Machine, which is designed to integrate with 12ft and 14ft long fuel assemblies, is used in the oxide fuels complex. It consists of a rod loading carriage (a honeycomb matrix) fitted to a support frame, which is mounted on linear slides to enable it to be indexed away from and towards the Strongback under operator control. The Rod Loading Machine pulls certified fuel rods from the magazine into a skeleton in a pre-determined sequence to create either 12ft or 14ft fuel assemblies. When in position the frame is secured by locking pins. 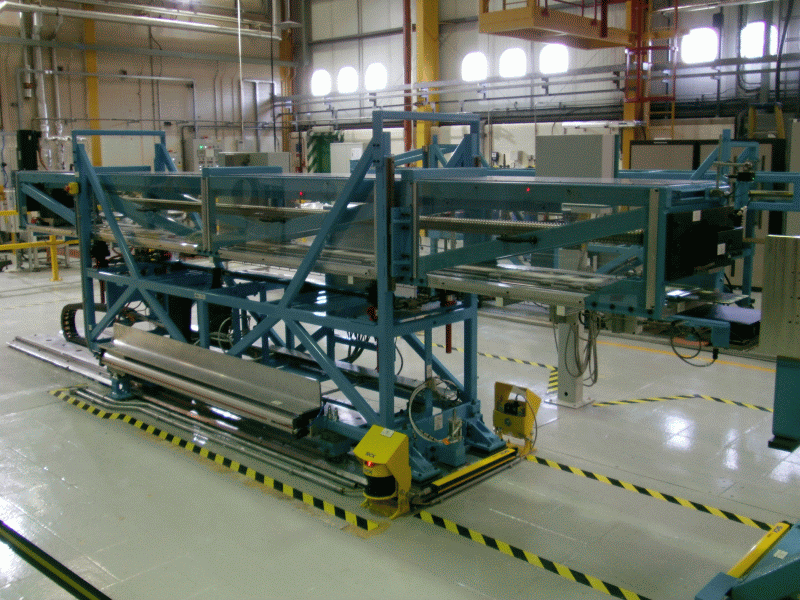 As well as the Rod Loading Machine, MacDonald Humfrey also manufactured an Envelope Alignment Machine. This enables 12ft or 14ft fuel assemblies to be removed from the Strongback and manoeuvred into a vertical position to allow them to be loaded by overhead crane into the Envelope Alignment Machine. Once fixed in the machine, tolerances are checked to ensure that its alignment is correct.

The existing control system for the Fuel Rod Loader and the ‘Strongback, was replaced with a sophisticated MacDonald Humfrey PLC and human machine interface (HMI) based control system. The new system was created to Springfields’ specification using a stand-alone Rockwell PLC, which operates kinetic motion controllers to direct axis movement in the LWR system. A bespoke MHA-developed HMI also enables Springfields’ engineers to select different machine parameters and modes of operation; and allows them to control the machines manually if required. 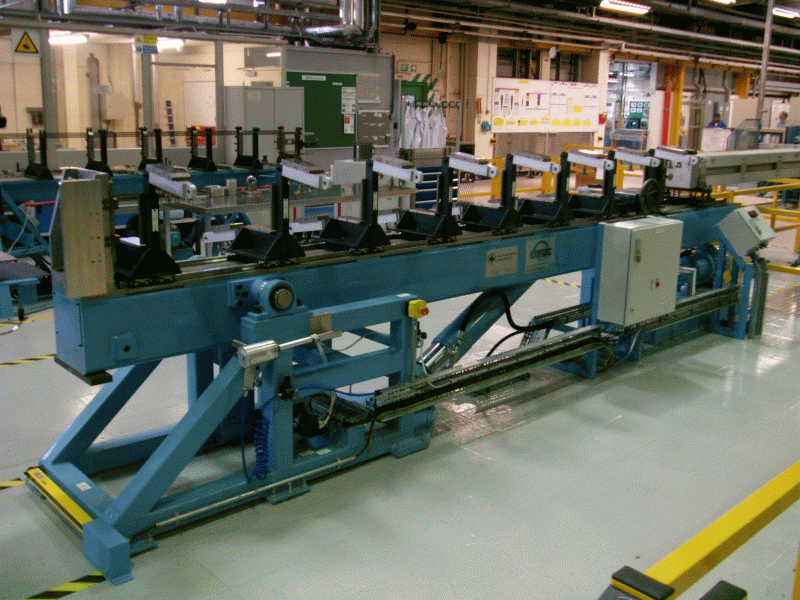 MacDonald Humfrey has provided similar equipment for the Advanced Gas Reactor (AGR) fuel line on the Springfields site but the design of both new machines for the LWR plant was based on drawings from Springfields’ US parent company Westinghouse Electric Company LLC, the world’s leading integrated supplier of nuclear fuel products and services.  This involved a significant element of re-engineering to ensure that the whole system worked effectively to improve the speed and safe handling of the fuel rod assembly process.

Jobs vacancies in the manufacturing industry soar by 24.5%, but candidate appetite is not meeting demand