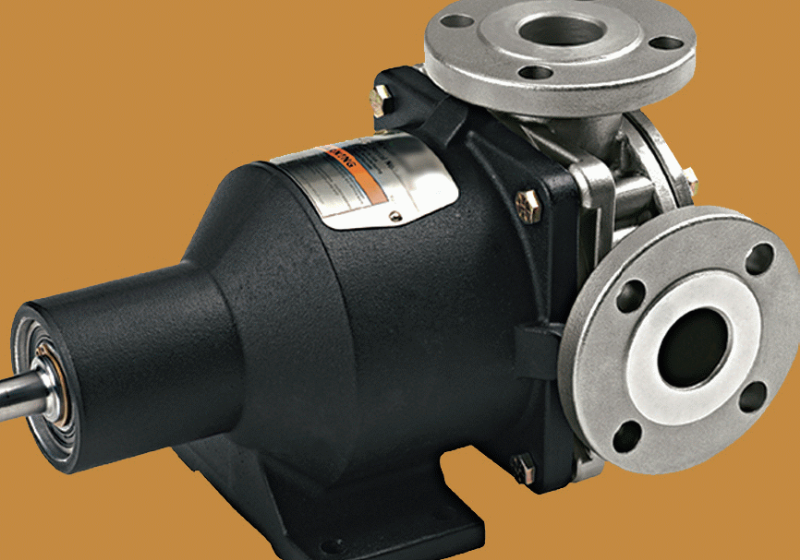 AxFlow is now distributing Pump Solutions Group’s EnviroGear seal-less pump. The positive displacement gear pumps are neither a standard magnetically coupled/mechanically sealed nor a traditional internal gear pump. Said to be a reinvention of internal gear pump technology, the EnviroGear is designed for the environmentally safe handling of both thin and hard-to-seal viscous liquids.

The pump’s comprise seven primary components, a magnet housing, containment canister, casing, rotor magnet assembly, idler gear, eccentric spindle and head. Unlike traditional internal gear pumps, EnviroGear supports the rotor and idler gears at three locations. Also, unlike traditional magnetically-coupled PC pumps which are designed with two fluid chambers separated by an adaptor plate, this pump uses magnets mounted directly on to the rotor, eliminating the adaptor plate and allowing for a single fluid chamber. This means the pump can handle fluids with viscosities up to 50,000cp, while increasing bearing life and cleanability.

A step-by-step guide to choosing a pump

Pump upgrade after 30 years of reliability