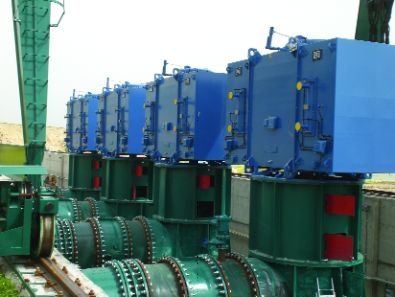 Problem: Two years of general drought in Turkey has increased the deprivation of the country’s poorest population, but thankfully, funding for the Suruç Plain Irrigation project aims to provide drinking water and water for crop irrigation to Suruç City. Work on the irrigation canal began in March 2009. It is currently in the excavation phase and is expected to be completed by the end of the year. The project needed robust pumps and equipment to move water from the Atatürk dam in the Euphrates river to the irrigation canal.

Solution: WEG has supplied eight medium voltage asynchronous motors, to drive the pumps that transport the water to the irrigation canal. Each motor is four metres tall and weighs 34 tons. The motors were supplied by WEG distributor Dal-Group.