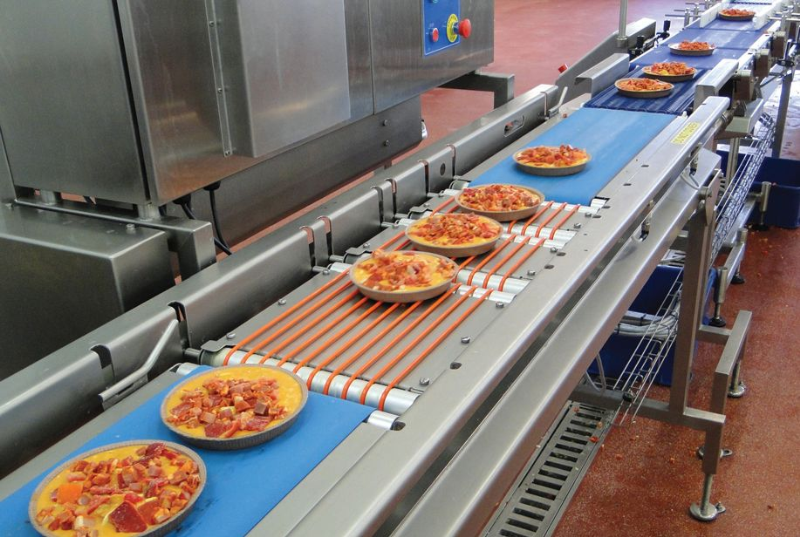 In the drive to reduce packaging and its resultant waste, a specialist machinery builder has developed a pressureless queuing conveyor for collating quiches prior to baking.

Western Mechanical Handling (WMH), of Callington in Cornwall, designs and builds production machinery for industries where the product is delicate and requires careful but high speed handling. One example is  uncooked quiches, which are difficult to handle, the filling being liquid and the raw pastry being soft. But when manufactured in commercial volumes they need to be moved quickly through the process, so are in danger of collapsing and thus disrupting production. 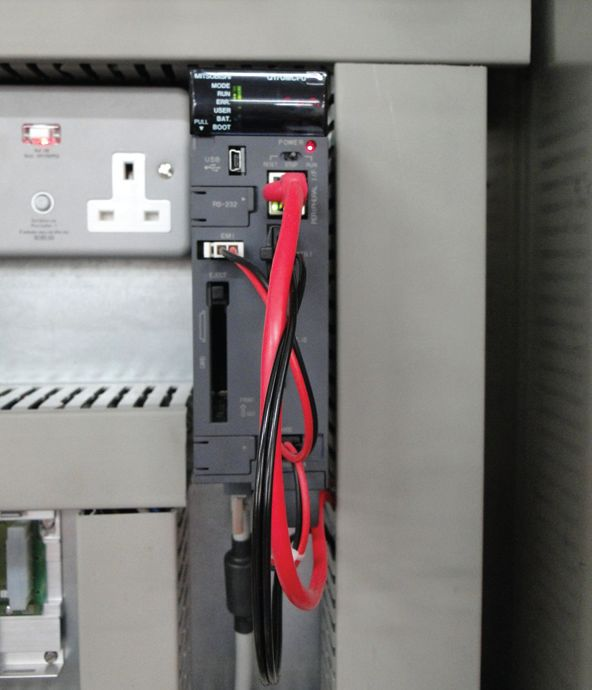 In the past the solution was to use an aluminium foil dish to hold each quiche as it was made and cooked. The dish then became part of the final packaging. However, as social awareness of environmental issues has increased, consumers have begun to demand reduced packaging. In the case of quiches and similar products there is a move to paper flan dishes, similar to but larger than those used for cup cakes and muffins. This has created a dilemma for many food manufacturing companies, because the customers still expect their purchases to be pristine and undamaged on shop shelves.

“We have addressed this sort of issue several times in recent years for different customers,” says Matt Hurley of WMH. “We have developed two or three concepts that can be adapted for a number of different applications.”

“The quiche project gave us a chance to perfect what has become known as pressureless queuing or collating. In fact it is applicable to any product, pies and pizzas for instance, although it could also be used way beyond the food industry.”

The problem WMH had to solve was collecting randomly arriving raw quiches into neat rows of set numbers with orderly spacing between them so that they can be transferred onto a conveyor oven for cooking.

When a line of quiches is complete they are transferred laterally into the oven, through which they pass to emerge cooked and then proceed into a freezer to reduce their temperature ready for wrapping and  boxing up.

“Like all the best machine designs the principle is simple. This means we are able to easily adapt it or add in some extra capabilities for specific applications,” explains Matt. “For the quiche job, the collator is actually made up of three smaller independently controlled conveyors.”

Each of these is driven by a Mitsubishi HF-KP73 servo motor and associated MR-J3-70B servo amplifier and co-ordinated by a Q-series controller. Mitsubishi recognises that servo drive systems are used for many different tasks, from simple repetitive point-to-point programmes of moderate accuracy to fully synchronised multi-axis applications where live data feeds are constantly resetting operational requirements. To this end it offers a wide range of servo options, including its SSCNET bus controller.

The HF-KP73 motors used by WMH, for example, are low inertia units that respond well to rapid changes in speed and are energy efficient. As loads in the quiche project are predictable, low inertia motors are ideal; high inertia motors tend to be used where speeds and loads fluctuate more.

The MR-J3 servo amplifiers offer motion control performance to a high level of precision and are popular with many machine builders because of their plug and play installation and simple operation. Of the many MR-J3 functions, WMH found the advanced vibration suppression system particularly useful considering the quiche filling is liquid, while the advanced real-time autotuning ensures maximum precision for aligning and positioning the quiches. Also their compact size was useful for the physical build.

The servo amplifiers network with the Q-series PLC, which combines all the elements of common automation systems into one integrated system.

The Q170MCPU used in the quiche project provides combined motion and logic control in a single module. Communications ports, an external encoder interface and high speed registration inputs allowed WMH to develop a dedicated high-performance system in a compact footprint.

Once the row of quiches is aligned with the front of the oven, a lifting plate is lowered and transfers them onto the oven’s conveyor for cooking. This is not a precision motion, so a Mitsubishi FR 700 inverter drive is used. The inverters are all controlled over a RS-485 network via a QJ71C24N, one of the control modules selected for the PLC.

In operation the collating conveyor currently has to adapt to four different sizes of quiche: four-inch which are formed into rows of 10; six-inch grouped into eights, and large rectangular family-sized quiches which fit four across. However WMH knew that it was essential to build even more flexibility into the conveyor, because the one constant in the food industry is change – fortunately Mitsubishi equipment is designed for such eventualities.

To ensure the simplest, clearest possible operation, WMH have fitted the machine with a Mitsubishi GOT HMI, in this case a GT1665M-VTBA, which communicates with the PLC over an Ethernet connection. The programming for the PLC was performed using Mitsubishi’s GX-Works 2 new configuration software, which helps take a lot of uncertainty out of the process.