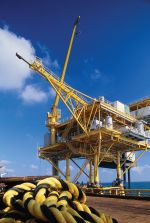 Norman Glen, from NEL, explains how important it is to accurately calibrate densitometers used in the oil and gas industries, and shows the role NEL has played in helping companies achieve such accuracy

Accurate density measurement is critical in the global oil industry as it is fundamental to the successful commercial operation of facilities for accurate financial reporting, fair trade and taxation.

Mass flow measurement is mostly carried out using a volumetric flow meter and a densitometer, both of which require periodic calibration. To ensure the highest accuracy, best practice requires that:

• calibrations should only be carried out using instruments that form part of a calibration chain traceable to national standards and;

• devices should be checked and calibrated regularly at actual operational conditions.

All commercial densitometers operate on an oscillatory principle and as such are not independent of other fluid properties. However, even with careful design it is not possible to uncouple fully the effects of density from the other physical properties of the calibration fluids. So, to maximise accuracy, they must be calibrated against reference fluids with similar physical characteristics (such as speed of sound and viscosity).

Conventionally, the calibration of most industrial densitometers is undertaken using fluids whose physical characteristics are significantly different to the actual operational fluids. Furthermore, the range of pressures and temperatures at which calibration is done is limited to near ambient conditions. However, many densitometers operate under high pressure and high temperature conditions, which can be a source of error in density measurement. Therefore, calibration should be done at metering pressures and temperatures using fluids whose volumetric properties are known accurately across the full temperature and pressure range required for the calibration.

The discovery of an error in densitometer measurements by the UK’s DTI Energy Group, Licensing and Consents Unit in 2004 led to a loss of confidence in the measurement of density throughout the UK oil industry. In response, NEL?developed a solution with the help of the Government’s Oil &?Gas Regulator, which was supported by  the UK Government’s National Measurement System and almost 90% of UK offshore operators.

This work led to a number of recommendations being made, the most important of which was that densitometers should be calibrated at their anticipated operating conditions. 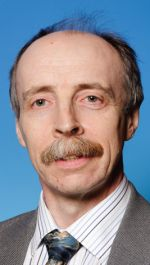 A conservative estimate of the average error of densitometers calibrated with the previous procedures is of the order of 0.15%, and this could be positive or negative. For a field with a production of 5,000 barrels per day, this error will lead to an annual miscalculation of 2,738 barrels. Taking an average price of $120 per barrel, this leads to a potential exposure of approximately £212,000 per annum, i.e. many times the cost of calibrating a densitometer. Taken over the whole of the UK North Sea oil production, this mis-measurement could be in the order of £50 million per annum to operators.

In addition there are taxation implications, as offshore UK oil production amounted to 45m tonnes in 2011 and oil and gas production as a whole accounted for a Government revenue of £11billion in 2011/12. As these figures rely on the accurate measurement of density, any errors will of course affect the total amount of tax recovered and its fair allocation.

Calibration of densitometers to the new procedure is therefore an important step in reducing the uncertainty of oil density measurement. However, calibration uncertainty is only one component of the overall uncertainty for the system. For flow measurement systems, additional sources of uncertainty include upstream flow disturbances, fluid properties, vibration and mechanical stress, allowing the development of complete uncertainty budgets for any installation. However, the corresponding information is not complete for densitometer installations. For example, preliminary work being undertaken by NEL has shown the influence of mechanical stress on densitometer performance, and the Energy Institute is encouraging further research.

Take to the skies for safer inspection 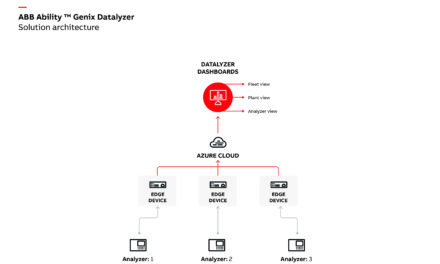 Making the shift from preventative to predictive maintenance in emissions monitoring

Help and advice to help you comply with ISO 7010