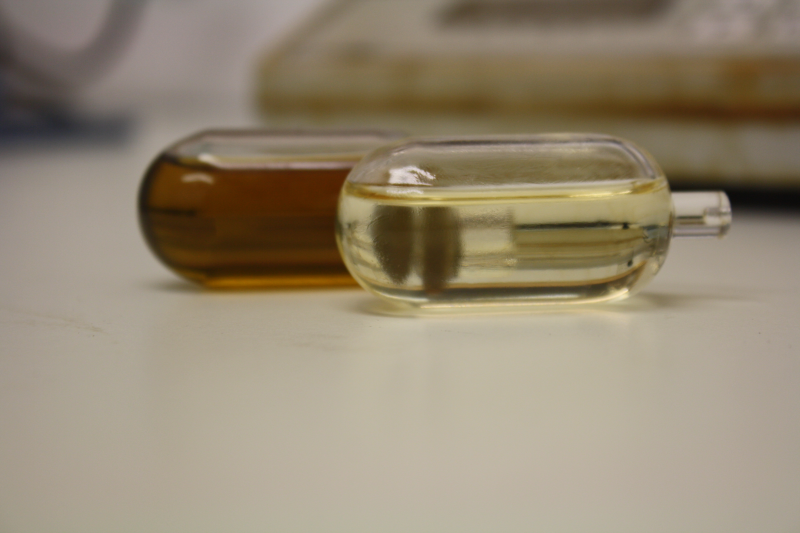 The chemical composition of these highly refined oils ensures a considerable level of stability, allowing the fluids to resist for longer the process of degradation and consequent flash point reduction.  The fluids create a minimum of carbon deposits and varnishes, so permitting long-lasting system cleanliness and efficiency.  They are also resistant to water contamination.

“They will enable companies to operate their systems safely and efficiently at high temperatures long-term, reducing the frequency with which oil needs to be reconditioned or replaced to ensure that vital parameters such as minimum flash points are maintained.”

European ATEX (Atmosphère Explosible) legislation – implemented in the UK via DSEAR (Dangerous Substances and Explosive Atmospheres Regulations) – stipulates requirements for the protection of workers against fires and explosions arising from the presence of hazardous substances in the workplace.

DSEAR demands that the risks inherent in the use of flammable fluids are assessed and eliminated or reduced.  Regular fluid sampling and analysis is required to ensure that flash points do not fall below minimum acceptable levels.  If necessary, oil must be replaced or conditioned so that a safe flash point is restored.

One of the main elements of TFS’ work is the reconditioning of customers’ thermal oil in order to maintain appropriate flash points.  The company was the first to offer this service, which is a quick, cost-effective, environmentally sustainable alternative to total fluid replacement: HTfluidfit extends fluid life by a factor of at least 10, saving customers up to 70% of their thermal fluid costs.

Established in 1996 as Heat Transfer Systems and rebranding to Thermal Fluid Solutions in 2012, the company has established a strong international customer base, and in 2011 launched HTFluidfit in North America.  It has clients across a range of process manufacturing sectors, including food, wood panel, petrochemicals and fine chemicals.

In addition to the supply of oils and HTFluidfit, TFS’ individual services include fluid testing, analysis and advice; water removal; drainage and refill.  The company also offers a comprehensive, continuous risk management service, ensuring the safe and efficient operation of customers’ thermal fluid systems and legislative compliance, via the creation of bespoke improvement plans.  This aspect of the firm’s offer will be further developed later this year.