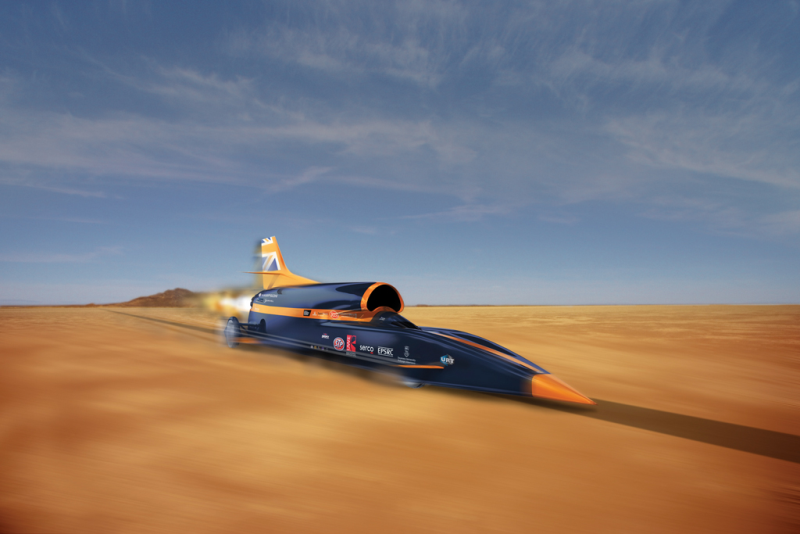 STEMMER IMAGING has become a sponsor of the exciting ‘Bloodhound SSC’ project which will be attempting to set a new world land speed record in 2015. Bloodhound SSC is a British project to build a jet and rocket powered car designed to travel at 1,000 mph. STEMMER IMAGING’s sponsorship involves the supply and integration of up to 11 cameras at strategic points on the car.

The Bloodhound project’s objective of reaching 1000 mph will smash the current world land speed record of 763.035 mph (mach 1.02) set by ThrustSSC in 1997. The project, which began in 2008, is described as an incredible engineering adventure that will ‘confront the impossible and overcome it using science, engineering, technology and mathematics’.

Mark Williamson, Director – Corporate Market Development at STEMMER IMAGING said: “This is a really exciting project and the engineering team at STEMMER IMAGING will be working closely with the Bloodhound development team to produce and record video data for both engineering and broadcast purposes. Not surprisingly, high-speed imaging is a critical component of this. To put it into context, Bloodhound will travel faster than a bullet fired from a Magnum 357 gun, covering the length of four and a half football pitches in just 1 second! Video data will need to be date stamped and linked into the on-board control electronics so that individual frames can be related back to control events. We are relishing the challenge as many of Bloodhound’s systems are working at the edge of physics.”

Bloodhound will be 12 metres long and video data will be managed through an Ethernet data communication bus. STEMMER IMAGING is currently working with the Bloodhound team to define the detailed supply specification and will be providing further news on how the system will work and be deployed as the project develops.

NIDays London 2016: The latest technologies and the future of engineering

The applications of digital signage in manufacturing