What’s in the box for biogas industry? 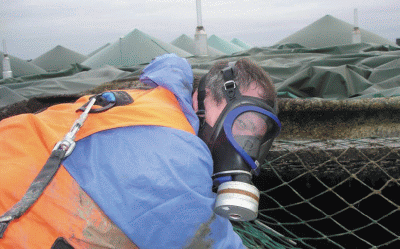 Landia’s Paul Davies explains why he finds the fledgling biogas industry as frustrating as it is rewarding for pump and mixer manufacturers – Landia supplies pumps and mixers to biogas plants around the world. The company is one of an increasing number of suppliers who believes that there are some companies whose packaged systems have been trimmed back to the bare minimum, putting the industry’s reputation at risk.

“It’s not all down to price,” said Landia’s Paul Davies, “but there is an increasing amount of manipulation going into the selling of low-margin, all-in-one ‘boxes’. The customer is making a purchase based on the seller’s knowledge, but even if the equipment is reasonable, in many cases, clients are ignoring some of the most important points:

• Performance: Does it actually work?

• Serviceability: Who is going to look after this equipment?

• Downtime: How long is it going to take to get spares? Who is going to fit them – and when?

“This doesn’t just apply to pumps and mixers, but it could be the feeder wagon, mill, gas detectors, blower and flares. Those currently financing biogas projects should also take a long hard look at some of these questions. Ask what exactly is in the box?”

“This is an absurd situation,” he said, “especially when you have UK companies offering the very same CHP unit that does comply with all regulations. The industry must address this. 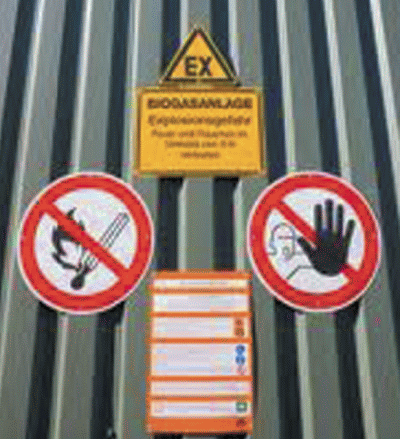 “We completely support high standards, especially safety, and have achieved a 97% pass rate for UVDB VERIFY Approval – which is an exemplary standard that isn’t actually recognised by the AD industry! If I was, for example, a German biogas provider, I’d be dealing with almost any country other than the UK because our regulations are so demanding.”

Davies continued: “Of course if you choose to ignore some or all of the legislation, then you’ll find everything much, much easier as a supplier, and obviously more competitive. Unfortunately for the industry, some customers seem blinded by the attraction of a single supplier. This ‘route-one’ can also make it easier to raise the all-important finance as most of these overseas companies have reference sites that should give the banks security.”

Davies says that when it comes to standards, Landia and several other established pump and mixer manufacturers have already expressed their concerns over health and safety, which range from excellent to poor, to almost non-existent.

“At some sites frankly, it’s been a joke,” he said. “Recently we were asked to work up 8m ladders with large drills, which we explained we couldn’t and wouldn’t even consider doing because it’s totally unsafe – and is of course against all H & S laws and Construction (Design and Management) Regulations. It wasn’t that the customer was trying to cut corners; they simply didn’t know. Maybe this is to be expected in a young industry? – but if that’s the case there needs to be some immediate training and education.”

To date in the UK there has only been one biogas fatality, when a 29-year-old man was overcome by methane fumes at a farm anaerobic digester unit. Nobody wants any further incidents of course.

“Despite the frustrations we’re certainly busy with biogas work,” said Davies, “but promotion and education from trade associations needs to be significantly improved. A minimum standard needs to be implemented very soon.”

Landia’s UK & Eire Director Hugh Vaughan added: “This isn’t a ‘what if’ or one of those ‘perish the thought’ plugs for safety or insurance. What Landia has witnessed both in the UK and abroad is frightening. It’s just pure good fortune that other accidents haven’t happened.”

He continued: “Apart from shout out a four-letter warning or such like, there isn’t much you can say when, with your own eyes, you see somebody in Germany perched on the edge of a high top rail of a tank whilst he’s unclipping a membrane cover that happens to be partially inflated. Or young workmen walking over the top of a partially unclipped membrane when the digester is full!

“Don’t take a chance. Consider the consequences before placing that order, and make sure you’ve chosen to work with a company that has a proper understanding of how a biogas plant works, how to maintain it, and how to do it safely.”

Pump is at the cutting edge

Bidirectional valve is on the ball in oil industries